WHAT IMPACT COULD THE NEW ADMINISTRATION’S POLICIES HAVE ON INTERMODAL? 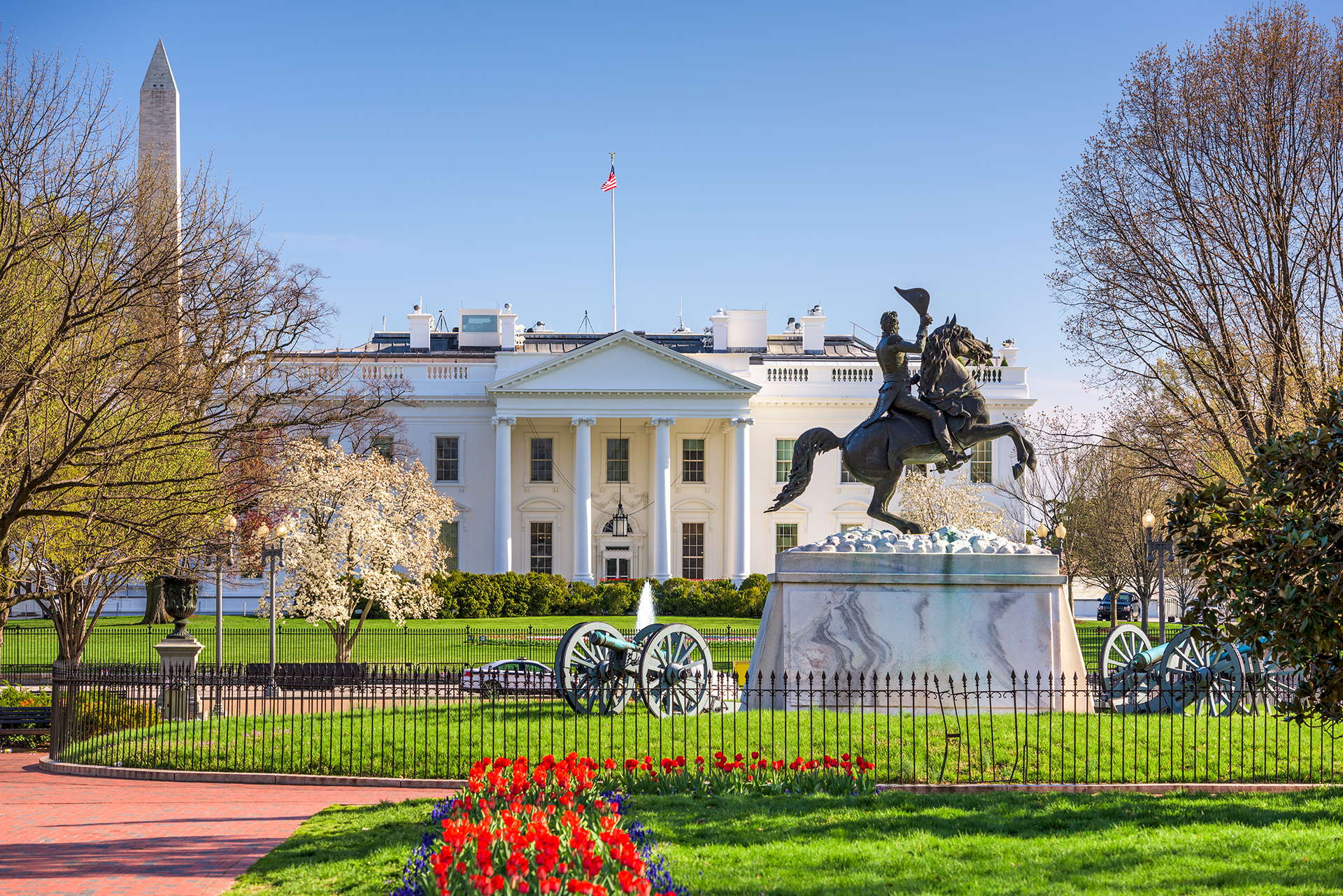 What Impact Could the New Administration’s Policies Have on Intermodal?

As of January, the White House and both chambers of Congress are now controlled by the Democrats, and with this change comes a different approach to governing and new legislative priorities. How does this affect the intermodal industry now and into the coming years?

Under the previous presidential administration, there were multiple unsuccessful attempts at passing infrastructure legislation, the most ambitious of which was a $1.5 trillion package passed in 2020 by House Democrats. However, it went nowhere in the Republican-led Senate.

What are the chances of some form of intermodal-related transportation legislation being passed under the Biden Administration, especially with Democrats and Republicans each with 50 members in the Senate, and Vice President Kamala Harris holding the tie-breaking vote?

"While infrastructure remains a bipartisan priority, the chances of passing comprehensive transportation legislation are increased when the same party is setting the policy agenda in both chambers of Congress and the White House," explained Elaine Nessle, executive director of the Coalition for America’s Gateways & Trade Corridors. "Although Democrats are in power, they hold razor-thin majorities in both the House and Senate, meaning that both sides must work together in order to pass laws."

Biden and officials in his administration have indicated that a comprehensive infrastructure bill is expected to be the President’s next major goal, following the COVID relief bill.

For his part, Transportation Secretary Pete Buttigieg said in late February that he’s all for a major infrastructure initiative.

"Now is the time to be aggressive," he said while addressing a gathering of top officials of the American Association of State Highway & Transportation Officials on Feb. 25.

One day prior, at a Senate Environment and Public Works Committee hearing, Michigan Gov. Gretchen Whitmer had urged the federal government to increase federal spending on the nation's transportation infrastructure, arguing that improvements to roads and bridges can lead to economic growth.

"Without significant investments in infrastructure, my state and our nation will struggle to remain competitive," she said.

"We need a national vision when it comes to transportation, much like the interstate highway system offered 65 years ago," she continued. "For too long, there's been a misconception that preparing for the future comes at the expense of economic growth and good-paying jobs today. But it's not a binary choice."

At the same hearing, AASHTO President Victoria Sheehan affirmed the commitment of her organization’s members to infrastructure improvement.

'We cannot view transportation investment as a need that can be addressed through a single relief bill. Rather, a sustained program of reliable infrastructure investment must follow any stimulus.'
Elaine Nessle
Coalition for America’s Gateways & Trade Corridors

"State DOTs are absolutely dedicated to supporting Congress in the development of strategies to ensure full economic recovery and growth, and enhancing quality of life through robust investments in transportation programs and projects," she said.

While an infrastructure bill is expected to be its own legislation separate from COVID relief and any other economic recovery bills, Nessle said that transportation and infrastructure funding belongs in "any and all" relief and recovery packages.

"Diminished transportation user fee collections, paired with declining state and local tax revenues have left many infrastructure operators and developers in the lurch," she remarked. "These shortfalls add to the infrastructure deficits that have accrued across our nation for years, and all of this is coming at a time when the health of our nation’s supply chain infrastructure is on full display as people eagerly await vaccine and therapeutic distribution."

"While up-front money is certainly required, we cannot view transportation investment as a need that can be addressed through a single relief bill," she continued. "Rather, a sustained program of reliable infrastructure investment must follow any stimulus."

"We welcome the opportunity to work with a Biden-led Administration and Congress to ensure that the U.S. freight rail system remains the envy of the world, providing safe, affordable, environmentally friendly service that connects small town and rural America to U.S. and overseas markets," American Short Line and Regional Railroad Association President Chuck Baker said in a statement. "The ASLRRA and our nearly 1,000 railroad and supplier members look forward to collaborating on transportation initiatives that drive our industry forward."

"These are difficult times for many railway suppliers, and it is now more important than ever to put aside partisan differences and work together on strengthening our rail infrastructure, passing COVID-19 relief for America’s workers and businesses, and supporting strong Buy America policies that promote domestic industry," she said.

"As the Biden Administration rolls up its sleeves and begins the heavy lift of rebuilding America’s ailing infrastructure, it will find a constructive partner in ATA," he said.

Among the reasons why some feel a strong sense of urgency is that there’s indications that the modes of transportation that the intermodal industry relies upon are crumbling and have been for years.

In its 2021 Report Card for America’s Infrastructure, which was released March 4, the American Society of Civil Engineers, the nation’s roadways received a "D" grade.

"America’s roads are critical for moving an ever-increasing number of people and goods. However, these vital lifelines are frequently underfunded, and over 40% of the system is now in poor or mediocre condition," the report states.

The number of vehicle miles traveled on roads in "poor" condition has risen from 15% to more than 17% over the last decade, according to the report, despite the nation’s highways and roads moving 72%, or nearly $17 trillion, of the nation’s goods.

Inland waterways, which include nearly 12,000 miles of navigable waterways, fared even worse in the report.

The waterways, which include the Mississippi River and its tributaries, as well as the Columbia, Sacramento, and San Joaquin Rivers on the West Coast, received a "D+" – nearly a failing grade – due in part to a $6.8 billion backlog in construction projects and ongoing lock closures totaling 5,000 hours between 2015 and 2019.

The closures cause clear harm to the industries that rely on the waterways to get their goods to market, the report states, citing a U.S. Department of Agriculture estimate that delays cost up to $739 per hour for an average tow, or $44 million per year.

About 178 million trips are taken across structurally deficient bridges every day, the report states, adding that recent estimate for the nation’s backlog of bridge repair needs is $125 billion.

"We need to increase spending on bridge rehabilitation from $14.4 billion annually to $22.7 billion annually, or by 58%, if we are to improve the condition," the report continues. "At the current rate of investment, it will take until 2071 to make all of the repairs that are currently necessary, and the additional deterioration over the next 50 years will become overwhelming."

Seaports fared the best of the transportation modes in the report card, receiving a grade of "B-". Ports and their tenants plan to spend $163 billion in infrastructure improvements between 2021 and 2025, up by over $8 billion in the last four years, according to the report.

The report also states, however, that only 9% of intermodal connector pavement – the portions of roadway that connect a port to other modes – are in good or very good condition.

One question is whether the Biden Administration will focus more on commercial or commuter transportation. Buttigieg has suggested that he’s more focused on improving passenger transport, but that doesn’t necessarily mean he won’t be open to big projects that help intermodal goods movement.

"The new administration, like those before it, will examine funding decisions through a lens of their unique priorities," Nessle explained. "While the Trump

Administration’s infrastructure legacy will be investment in rural America, it is likely the Biden Administration’s will be focused on environmental and social justice."

"The strong environmental and safety benefits yielded through intermodal freight movement stand to compete well under the Biden Administration’s priorities," she said.