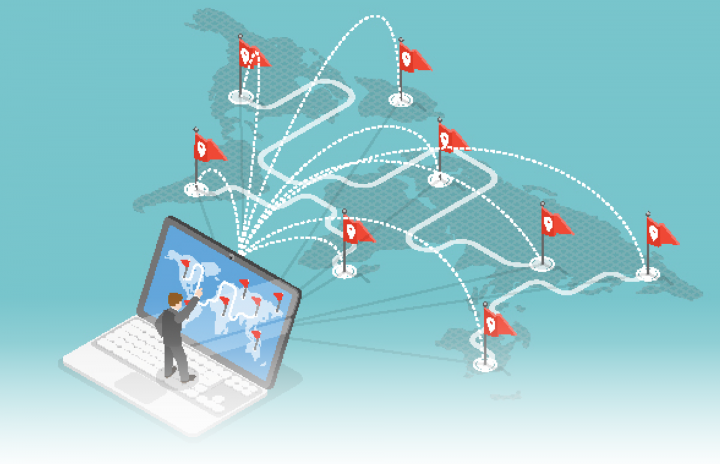 As tracking technology to enhance asset utilization continues to evolve in response to growing demand from customers and carriers alike, suppliers are continuing to add new features to enhance the value offered.

Several supplier executives outlined the sequence of market changes, such as the required use of electronic logging devices, in conjunction with the rise of e-commerce, that have created even stronger demand for real-time information among intermodal operators and all other transport companies.

"To directly address the emerging market needs, we have to deliver more power and reliability to transmit data," said Matt Harris, senior vice president of I.D. Systems. "That is a major change from the time when only exception events might have been reported. There is so much more information available now about status and condition of freight, and it’s available in real time."

"The ongoing challenges with trucking capacity are driving more attention to intermodal," said Henry Popplewell, president of SkyBitz. "As a result, the [technology] solution sets that have been available on trailers are being put in more on the intermodal side [for chassis and containers]. Customers want critical data such as time stamps and delivery that they can use to free up capacity."

"Most leasing companies are putting some sort of electronic tracking technology on chassis when they are ordered," said Frank Sonzala, CEO of CIMC Intermodal Equipment.

Sonzala outlined the pace of progress in using telematics for asset tracking, estimating that about 60 percent of domestic container chassis now have those types of devices. On marine chassis, the amount is about 30 percent, he believes.

The 35-year industry veteran believes that as recently as five years ago, there was very little tracking technology in place on intermodal equipment, though it was widespread on over-the-road equipment used by private and for-hire carriers.

As more information becomes available, Harris said, there is a stronger movement toward information about the freight itself, rather than just the vehicle. "Customers’ focus is increasing to concentrate on real-time visibility to the freight," Harris said, while acknowledging that the change has taken time to take hold.

One fast-growing advancement is the introduction of technology that tracks individual containers on a ship, a step that aligns with the added focus on tracking freight rather than the vehicle moving it, said Chris MacDonald, vice president of North American sales at ORBCOMM.

The pharmaceutical and food industries have led the transition on the domestic side, Harris said. One reason why those industries have been prominent in tracking technology is the high value of their products. As costs to provide the technology continue to come down, the use of the telematics for individual shipments will spread to other products, Harris believes.

Sonzala also believes there will be a financial incentive, in the form of discounts issued by insurers, that will drive the industry toward the installation of tracking devices and other equipment related to safety.

Popplewell and others outlined specific features that are growing in popularity, such as sensors to monitor tire pressure and wear.

The SkyBitz official spotlighted a feature that allows customers to receive electronic information about whether or not a box has a chassis mounted on it. Popplewell believes one important step forward is the proliferation of sensors on doors and tires through the use of wireless technology. That step eliminates the complexity and cost associated with extensive wiring. The advancements include wireless sensors as small as two inches by four inches in size.

Murray Zwickel, senior vice president of sales for Cheetah Chassis Corporation, noted the importance of that transition away from wiring systems.

"The manufacturers of GPS systems will need to work with harness manufacturers to incorporate a plug and play design," Zwickel told Intermodal Insights. "This would eliminate the need for the splicing of wires and result in the ability to quickly replace broken or damaged transponders."

Zwickel also said that the proliferation of tracking technology will be encouraged by the ability to use the data that is produced in a safety situation, such as a recall, but it could be impacted by the costs of installation, maintenance and administration of the systems.

Another area of increased attention is aiding customers to better use the data that they are receiving, through enhanced displays that can deliver more concise information more quickly, the SkyBitz official said.

There are other factors that are encouraging telematics breakthroughs. "There will be more and more equipment tracking technology as millennials start to enter our industry because they have a thirst for data," Sonzala said. "The data is out there. It is available and it is not that expensive to obtain."

A key feature in tracking technology is to deliver information from multiple modes, including intermodal, dry van, refrigerated and rail carload freight through a single information portal, MacDonald added.

That intensifying need for channeling information through a single portal is especially important because it delivers more freight visibility in transportation management systems.

The ability to use the data transmitted by telematics also is evolving. As a result of the shipment tracking advancements, Harris believes there is growing attention to using business intelligence data and computing power to move beyond predictive analytics to the more advanced approach that he labeled as prescriptive analytics.

He described predictive analytics as delivering information that is based on history to say what is needed in a particular situation. The prescriptive approach uses data, artificial intelligence and machine learning to enhance broad decision-making ability.

The effective technological responses to market conditions today are somewhat obscured by the expectations that are linked to buzzwords, such as blockchain, whose precise procedures for delivering services still are being defined, Harris added. MacDonald also noted that the growing attention to tracking technology has attracted a host of new competitors whose product offerings stress lower cost, instead of customer support.