TERMINAL APPOINTMENT SYSTEMS: WHAT DOES THE FUTURE HOLD FOR THEM? 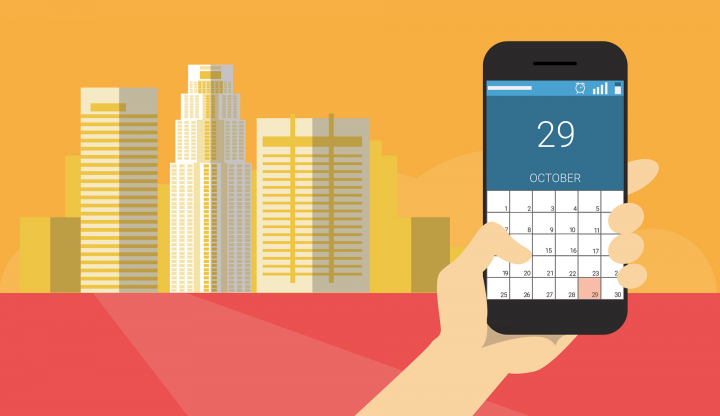 Terminal Appointment Systems: What Does the Future Hold for Them?

Appointment systems are growing increasingly popular at intermodal terminals. From coast to coast in recent years, seaports, motor carriers, terminal operators and other entities have embraced the use of appointments as tools to help manage the flow of truck and cargo traffic.

And with increasing usage and growth in popularity inevitably comes change. So, how can appointment systems grow and evolve in the coming years?

One way would be by making appointments for container pick-ups and/or drop-offs mandatory at all intermodal terminals, something that the Port of Los Angeles supports.

"It is important to know when and who is coming to retrieve or deliver a container so that the terminal is properly staffed and the container can be made available to delivery," port spokesman Phillip Sanfield told Intermodal Insights.

At the LA-Long Beach port complex, the largest seaport facility in North America, all of the onsite container terminals utilize trucker appointment systems. Each system, however, is siloed off, so it isn’t able to communicate or interconnect with another one. Sanfield said that this should not be the case.

"For the ports of LA and Long Beach, there are 12 different container terminals. We hear from the trucking community that they would like one single access point to make reservations—we like calling it reservation versus appointment—(rather than) having to visit 12 different websites," he said. "The Port of LA believes a single, front-end system, like Open Table or Expedia, has merit, which would allow each terminal to maintain its current reservation system and just have a single portal communicating with its system."

By contrast, at the Port Authority of New York and New Jersey, the largest seaport complex on the East Coast and second largest in America, only two of the six container terminals, GCT Bayonne and APM Terminals Port Elizabeth, utilize appointment systems. A third terminal, Port Newark Container Terminal, has said it expects to launch a reservation system at some point in the future but hasn’t established a timeline for doing so.

Despite multiple other terminals considering implementing an appointment system over the past two-plus years, none have done so yet.

Sustainable Terminal Services, the non-profit consortium that issues and manages RFID tags for drayage trucks, originally had plans to implement an appointment system across all six terminals, but one big snag has been how to make it compatible between GCT’s semi-automated terminal and the other terminals.

Dennis Lane, the chief commercial officer with LA-based trucking software company Trinium Technologies, agrees that there needs to be an integration of all the different appointment systems that would allow them to interface with one another.

"The key from the drayage company’s perspective is for the marine terminals to allow for open API (application programming interface) access to integrate their appointment system with the dray centric TMS’s to mitigate this administrative burden, thus creating improved inter-operability with the drayage community," he added.

Lane indicated that there seems to be an openness by some terminal operators to at least consider the possibility.

"There are some positive trends we’ve seen as we talk to more and more marine terminals about this openness to data," he continued. "The faster this becomes the norm in this segment of the supply chain, all stakeholders will benefit, including the end customers, the BCOs."

James Swanston, the CEO of Voyage Control, a logistics management company with locations in London, New York City and Melbourne, said that he also sees appointment systems becoming universal at terminals in the future.

After installing an appointment system at Yusen Terminals’ Port of LA facility, the terminal saw a 19-minute decrease in average turn time and eliminated an estimated 1,700 days of truck idling time in the first year. In addition, there was a 34 percent improvement in day shift turn times and a 21 percent improvement in night turns, according to Voyage Control.

"I think the most important thing is to involve the key stakeholders, particularly in the trucking community," when it comes to implementing new appointment systems at terminals, Swanston said.

When his company began working with Yusen Terminals’ facility at the Port of LA, the "most valuable and important part" of the process, he said, was working with the Harbor Trucking Association to build a system that met the needs of the trucking community, as well as the container terminal itself.

"I think one of the worst things for terminals to do is sort of impose a system on the key stakeholders without any engagement at all," he remarked.

Sanfield said that among the things terminals need to do when establishing appointment systems is proper communication and good coordination.

"Ongoing communication between marine terminals and the trucking community remains essential," he said.

"Marine terminals have complained about the high percentage of no-shows (by truckers). Similarly, the trucking community has complained about not being able to make appointments when they need one," he said. "If these types of issues persist, then perhaps a performance-driven criterion should be developed that holds each party responsible for non-performance."

Swanston added that things should be moving toward more dynamic scheduling that involves where the trucks are in real time so that appointments can adjusted, if needed. This, he said, would help to not only regulate the gate flow, but also help to make terminals more efficient.

"The Port of LA believes a single, front-end system like Open Table or Expedia has merit, which would allow each terminal to maintain its current reservation system and just have a single portal communicating with its systems."
Phillip Sanfield
Port of Los Angeles

He also called for bringing BCOs more into the equation so that they have a better picture of what’s going on in container terminals, which would allow them to better direct what they need in terms of getting containers in and out.

In addition, he’s all for the establishment of a universal appointment system, saying that the current way is far too fragmented.

"This is a challenge that’s consistently brought up throughout the United States," he said of disparate appointment systems. "It really creates a massive inefficiency by not having common data standards. You see (the standards) happening globally, in Europe and certain parts of Asia, so I think the U.S. needs to catch up."

But although terminal appointments are seen as a key to helping cut down on traffic congestion—and as a result, harmful air emissions—they aren’t the only solution to those issues, experts say. Sanfield said that off-dock container yards closer to the last mile of delivery can be beneficial, as well as peel-off piles for import containers where truckers take from the top down, plus matching import containers with export demand.

Swanston added he feels that greater mechanization in and around terminals is required.

"I think automated gates is a really valuable part of it, because if a truck or a car stops on a freeway or byway, it’s sort of incredible the ripple it causes to container movement," Swanston said. "So, anything that can be done to reduce dwell time at a post or a gate is good. Automating the whole process is, I think, a really valuable thing to do."