STATE FREIGHT TRANSPORTATION PLANS — HOW WILL THEY AFFECT INTERMODAL? 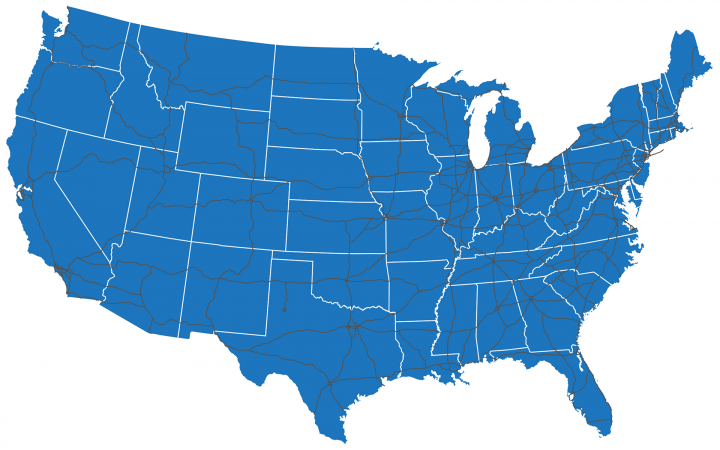 State Freight Transportation Plans — How Will They Affect Intermodal?

A number of states across the U.S., as well as some Canadian provinces, have intermodal-related transportation infrastructure improvement projects in the planning or construction stages.

Colorado, Florida, Louisiana, Texas and Washington are among the states where projects involving intermodal transport are in progress. And since 2017, all 10 Canadian provinces and three territories have received federal funding for transportation infrastructure projects, including 34 projects across Eastern Canada, with $531M in federal funding going toward strengthening trade corridors to Europe, Asia and Africa.

How could and will these various projects across North America affect the intermodal landscape? And in which states are infrastructure improvement projects to enhance freight movement most needed? A number of experts gave Intermodal Insights their views.

"The safe and efficient movement of freight depends on a national, interconnected system, [and] a national system requires all states have infrastructure that can meet shipper demands," Elaine Nessle, executive director of the Coalition for America’s Gateways and Trade Corridors, said.

She added that infrastructure projects for enhancing freight movement are most needed in those states that act as key hubs and corridors and move a disproportionate amount of the nation’s goods, explaining that they must stand up to a higher level of stress, resulting in demands for more repair, modernization and capacity improvement investments.

Such states include California, New Jersey, New York and Washington, each of which is home to at least one major, thriving seaport. Nessle also said that it’s not up to the states alone to make investments to upgrade their freight networks.

"While it is critical for states to study freight movement trends and finance system needs, the federal government must be a partner in this conversation and in making investments," she remarked. "The federal government is, after all, responsible for facilitating interstate commerce and should be investing in projects of national and regional significance."

Walter Kemmsies, a managing director, economist and chief strategist with real estate services company JLL, agreed that commercial seaports in what he termed the "four corners" of the U.S. are the areas that are most investment needy.

"Let’s look at the ports: Seattle-Tacoma, they have a state freight movement plan; they have a set of projects that are well defined, especially highway improvements that are needed," he said, referring to the Puget Sound Regional Council’s 2018 Regional Transportation Plan. "It’s necessary there; they are congested."

"Then you get to California and you’ve got the Oakland area and the LA-Long Beach area. There are all kinds of studies that are done, but the projects are not really progressing. A lot of the stuff is bogged down in environmental lawsuits and in the courts."

One thing on the West Coast that could be improved, he said, is coordinated planning between the entities that manage transportation channels and the entities that drive the volume, like the drayage trucks bringing cargo to and from the ports.

"A 14,000 TEU vessel will generate roughly 130 miles of trucks and 20 miles of trains. So the kind of infrastructure improvements needed the most, I would say is mostly rail, especially around the ports, so that you can shift more from trucks to trains," he explained. "Rail can absorb a lot of long-haul truck stuff; it can absorb a lot of other cargo off the highways."

"For the East Coast, you need the same thing in New York, in Norfolk, in Charleston and in Jacksonville. Georgia is definitely at the top of the heap. One state that I admire greatly is Indiana; I think their freight planning, their freight demand stuff that they do in house, not with consultants, is stunning. They could write the book on it."

By comparison, U.S. federal transportation funding sources include National Highway System and Surface Block Grant programs that are wide ranging and applicable to both freight-related and non-freight roadway projects.

"While it is critical for states to study freight movement trends and finance system needs, the federal government must be a partner in this conversation and in making investments."
Elaine Nessle
Coalition for America’s Gateways and Trade Corridors

There’s also the 2015 Fixing America’s Surface Transportation Act, which is federal transportation funding legislation that includes a dedicated freight funding program that’s allocated to states based on a specific formula. This funding can be used toward intermodal connectors, particularly if they are designated as a critical urban or rural freight corridor.

However, to date Liu said, the NTCF has awarded more than $1.7B to over 85 projects, in every province and territory, leveraging total investments of more than $3.8B. Among the major awards, there are:

Liu said the investments include support for air transportation, highways and feasibility work for the establishment of an all-season road corridor through the Northwest Territories and Nunavut to the Arctic Ocean.

"Given that Canada’s intermodal transportation system functions as an integrated network, improvements in one link of the network will have benefits along the rest of the network," Liu explained. Many projects under the National Trade Corridors Fund directly or indirectly address bottlenecks or improve fluidity along this network, including shortline and mainline railways, road-rail grade separations, intermodal facilities, and access routes to marine terminals and airport facilities."

This includes, she said, projects connecting to producers inland and those enabling access to export platforms on the East and West coasts.

"As a result, many of the 85 NTCF projects approved to date will provide significant benefits for intermodal transport," she explained.

Kemmsies said of the various projects across the U.S., those at and near the ports could most benefit intermodal transport.

"The cargo isn’t going to stay local. The cargo’s going to fan out throughout the country," he explained. "So, the better the intermodal is, the better it is for everybody."

Although there are plans in the pipeline, Adamski said he believes the economic downturn caused by COVID-19 will ultimately affect states’ transportation projects and priorities.

"This COVID-19 virus is playing itself out far longer than I think most people anticipated. To suggest everything will be hunky dory a year from now, I think would be foolhardy. I would have to say the ability to bail out of this thing financially will be a little bit more than a year or two."

Nessle said that if there’s a silver lining for freight infrastructure projects in the age of COVID, it’s that they’re particularly well positioned for recovery packages.

"Not only do they put people to work immediately, but in the long term, they support economic growth and recovery," she said.

Kemmsies said he believes that the pandemic and its aftermath could actually help move projects forward.

"Infrastructure development and construction structurally requires social distancing. People need jobs. The ports have capital improvement projects that they need to do; you could accelerate a lot of that stuff."

"If I were a politician," he added, "I’d be there in Washington saying ’Okay, infrastructure bill, today. Boom! Do it’."