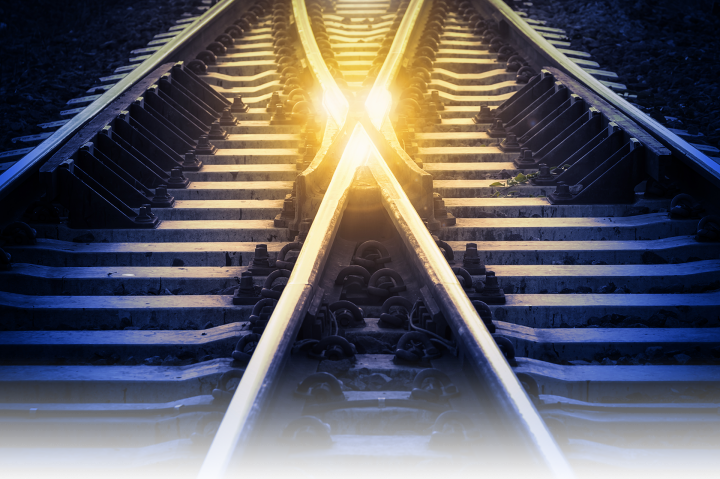 Today, intermodal providers and customers regularly use these words to describe the industry, but they are appropriate now only because of the Staggers Rail Act of 1980, which substantially deregulated railroads. The Act unlocked rates and services for an industry shackled by regulations imposed since the creation of the Interstate Commerce Commission in 1887. Named for West Virginia Rep. Harley Staggers (D), the legislation was part of a wave of transport industry deregulation, beginning with airlines in 1978, and motor carriers four months before Staggers became law.

Before Staggers, railroad profits were shrinking, limiting needed funds for investments and maintenance. Intermodal was a tiny fraction of freight.

Today, intermodal represents more than 54% of total rail shipments. IANA data show volume has grown 56% to 18.2 million shipments over the past decade. Intermodal has grown seven times faster than total rail carloads between 1988 and 2018, based on data from the Surface Transportation Board, which was created in 1996 to replace the ICC.

To track how the Staggers Act transformed railroading, Intermodal Insights asked experts to explain how the industry changed and how those developments affected intermodal.

Until deregulation, government completely overlooked how removing regulation of markets could benefit both the industries and the customers who use those services, said Clifford Winston, a senior fellow in the Brookings Institution’s economics practice. For railroads, regulation first was reduced in 1976 with legislation known as the 4R Act, which recognized chronic industry problems with financial losses and an overbuilt network, he explained.

"Government regulation prevented the surface transportation industry from having goods move efficiently, reliably and at a lower cost. There needed to be a more constructive view," he said.

Deregulation of both trucking and railroads created the incentive for both industries to work together and create a climate for intermodal to grow, Winston said, though cooperation between the modes didn’t happen automatically. Instead, it was a gradual, deliberate process that had to overcome traditional practices.

"Unbelievable rules kept people out of the [intermodal] business," recalled Jeff Brashares, who began his rail career 50 years ago, and today is director – domestic intermodal sourcing and operations for CMA-CGM. Before Staggers, among other rules, he said intermodal shipments were limited to two commodities per trailer, split 50/50% or 60/40%. There were weight and pricing restrictions on single and two trailer moves. Intermodal marketing companies could arrange moves from pickup to the destination rail ramp, but not drayage deliveries.

Over time, intermodal changed to pricing per shipment in larger equipment, evolving from 40 to 53 feet long, Brashares explained, and double-stack trains prompted a shift to containers moving in articulated cars on faster and longer trains.

"The quality of the product now is light years from where we were then," said Larry Gross, president of Gross Transportation Consulting. "Intermodal was a different animal in 1980."

How railroads and intermodal evolved over four decades is a multi-faceted and fascinating story.

"The list of changes that have occurred over the past 40 years is long," said Jeff Heller, vice president of intermodal and automotive at Norfolk Southern, describing intermodal as "a key driver of innovation." The Staggers Act has allowed the industry to shed the unproductive, inefficient parts of the business and focus on the parts where we can provide real value to shippers. Consolidation in the industry has allowed us to streamline operations, improve productivity and serve our customers more efficiently. The changes allow railroads to reinvest in our infrastructure in order to facilitate long-term growth."

Tom Williams, BNSF’s group vice president of the consumer products group that includes intermodal, elaborated on the broad benefits Staggers brought to intermodal. "BNSF’s success is predicated on the success of our customers; as our customers grow, we grow," he explained, with a focus on unlocking additional capacity for customers through innovations such as technology.

"Intermodal remains one of our largest opportunities for continued growth in the future," he said, driven by trends such as strong demand for ecommerce shipments, particularly this year. In addition, building network capacity to serve markets, including West Coast ports, has sparked necessary innovations to grow along with customers.

"The Staggers Act’s freedoms created the opportunity for railroads to make multibillion-dollar infrastructure investments needed to create new capacity and services, which they have done steadily and successfully in order to transform intermodal into the successful mode that it is today," said Joni Casey, president and CEO of IANA.

That transformation has been gradual, two other experts emphasized.

"The changes have been realized over time as the economy became more consumer focused and railroads persevered in creating a viable truck competitive service," said John Larkin, operating partner at Clarendon Group.

"In recent years, railroads have harvested the fruit of their intermodal investments by honing operating models and streamlining networks to produce returns on investment that have exceeded their cost of capital."

Intermodal motor carriers, the maritime industry and shippers also recognize the Staggers Act’s importance and how intermodal has changed.

"It is interesting to reflect back on the attitude of the railroads toward Intermodal in the late 80s and early 90s," said Dave Manning, president of TCS Inc. "All we heard back then was how intermodal freight didn’t even produce enough revenue to cover the railroads’ cost of capital, much less a return on capital."

"Intermodal freight today is a key contributor to the growth and profitability of railroads," he said. "Railroads have been rewarded with significant growth in the long-haul freight market."

"Passage of the Staggers Act in 1980 ushered in a new era of freight rail service that has been characterized by increased fluidity and velocity, innovation and overall improved rail service levels."
Tom Jensen
UPS

At the Port of New York and New Jersey, Deputy Director of the Port Department Bethann Rooney recognized the Act’s importance in creating flexibility for railroads to operate and to better serve international shipping customers. "There’s little doubt in my mind that the deregulation via the Staggers Act has actually allowed for the free market approach and allowed for the growth in the intermodal rail traffic that we enjoy today."

UPS Vice President of Public Affairs Tom Jensen identified how four decades of change helped customers. "Passage of the Staggers Act in 1980 ushered in a new era of freight rail service that has been characterized by increased fluidity and velocity, innovation and overall improved rail service levels," he told Intermodal Insights. "Throughout the ensuing four decades, intermodal rail has proven to be a reliable and safe mode of transport that has materially improved the U.S. economy and global supply chains.

"Today, intermodal traffic remains an important part of the UPS goods movement transportation network," he explained. "More than ever, UPS customers rely on our ability to deliver time-definite service offerings, and the seamless ability to move freight via truck and train combinations helps us meet these obligations."

After all the changes, intermodal’s long-term outlook is favorable, Heller said, though still more progress will be needed to continue competing against over-the-road trucking with a consistent, cost-effective and environmentally friendly service product.

Describing intermodal as the "linchpin for future growth," Oliver Wyman Transport Practice Partner Adriene Bailey stressed how important it was to create a truck-competitive product at an attractive price, driven by accelerating innovation to suit shippers’ entire door-to-door value chain.

She stressed two other key points.

"The health of intermodal is a national imperative as well, as lagging state and federal investments in highway infrastructure will continue to be a drag on truck capacity, costs and capabilities," Bailey said. "Equally, the fuel efficiency of rail compared to road makes it an important weapon in the fight against climate change."

A wide variety of specific steps are being taken, and more will be needed, to facilitate the expected growth.

BNSF’s Williams cited the importance of technology such as touchless in-gate transactions and automated straddle carriers.

Bailey cited electric truck technology, both on and off terminals, and other steps such as real-time shipment location, status and ETAs that also would be important advancements.

Autonomous vehicles of all types also will be a factor, Winston said. Autonomous container handling cranes and vehicles used in facilities could make intermodal operations much less costly and safer. At the same time, however, he said the prospect for autonomous over-the-road trucks to hurt intermodal is a "complicated question" that will be answered in part by how well railroads can innovate in their own operations.

Brashares agreed that autonomous vehicles and technology will be important steps forward, particularly in terminals. Consistent investment in network improvements will be needed to support international intermodal cargo growth that is dependent on rail infrastructure in and around all major ports, as well as inland, Rooney said.

Improved information flow would be another important benefit.

Improved information flow will help to ensure an adequate supply of rail cars to be ready at the port when vessels arrive.

Gross believes a shift is needed to expand the intermodal network emphasis beyond today’s focus on longer, heavier trains, elimination of steel wheel interchange, and a slimmed-down terminal network. "The freight world is moving in the opposite direction," he said, with cargo moving over a more dispersed network of customer facilities amid ongoing shifts in demand.

To counter that trend, intermodal will have to be more outwardly focused and create a more complicated network that efficiently serves additional locations and new intermodal markets, said both Gross and Larkin.

Over the longer term since Staggers, significantly improved service has delivered intermodal benefits, Manning and others said. "The railroads’ improvement in service has been a major driver of their ability to grow their Intermodal freight," Manning said. "Not only have they invested in the dedicated ramps to support intermodal, but they also have invested in the technology required to enable their customers to track their freight in transit.

Bailey said generally service performance has improved substantially, along with utilization of assets.

"In conjunction with strong financial performance, which has created the best infrastructure conditions since the 1980s, trains move more quickly, efficiently and reliably. This is especially true for intermodal, which is operationally simple, mostly point-to-point, and operates as a priority service across the network. For both asset-based and non-asset-based providers, door-to-door reliability of domestic intermodal is very close to truck [97 pct. + on time]."

"We have seen continued success as we have improved our overall service product for all customers. The improved operations and efficiency gains have grown our intermodal franchise through improved service offerings, as well as our ability to offer new service lanes as the freight market evolves over time," he said.