PRODUCTIVITY IMPROVEMENTS IN RAIL TERMINALS ARE STILL A COMPLEX SUBJECT 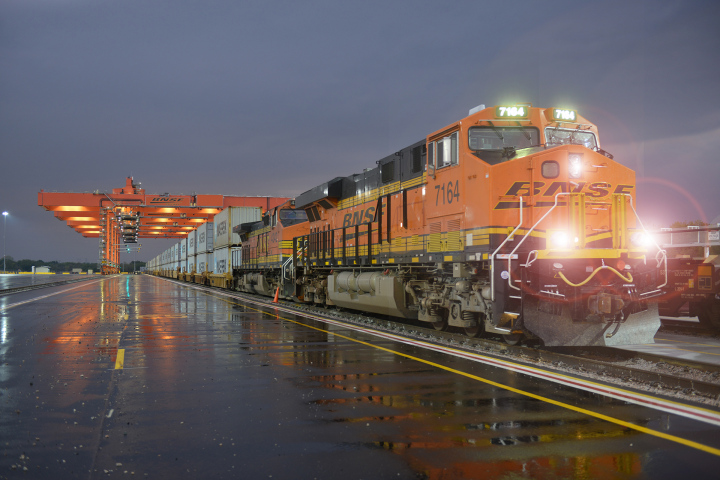 Productivity Improvements in Rail Terminals Are Still a Complex Subject

To boost productivity in rail terminals, intermodal participants have to be able to cope with a complex set of conditions.

That overriding point remains dominant, multiple experts told Intermodal Insights. "There are numerous factors that affect terminal productivity, from fixed elements such as location, facility layout and infrastructure, to variable aspects like manpower, equipment, service and technology," said Jeff Heller, vice president of intermodal and automotive at Norfolk Southern. "Each of these features can influence the efficiency of the operation."

Remy Diebes, chief operating officer at Remprex, illustrated the day-to-day reality. He cited factors such as track capacity, train schedules, track placement, crew scheduling, priorities for loading and unloading to maximize equipment utilization that must be juggled, while at the same time paying great attention to the needs of truckers.

"Considering the continued growth of [container on flat car] operations with the requirement of chassis allocation/repositioning along with trucking shortages across the industry, a strong argument can be made in favor of ground stacking," they said in comments provided to Insights.

"More terminals are nearing capacity with current growth and, with many being land-locked, we need to identify solutions to run more capacity through the terminals."

"The key will be that the [hostler] driver must trust the system and not override – only by utilizing the system as it is intended will the technology advances be truly recognized," they said.

Diebes agreed that using telematics to disseminate information can definitely help to address the variables. A key step to productivity improvements is to enhance real-time decision making, he added.

"The biggest enemy of automation is chaos," he said. "Intermodal operations today don’t have that level of predictability at times, and a lot of the shock absorption occurs inside the terminal. I believe it’s important to start from the bottom up, so that there is better information in real time.

"That also means the technology on the machine has to be consistent with the way humans interact with it," he said. "If you introduce a lot of technology without people understanding it, obviously that won’t work."

"People can leverage intelligent technologies to simplify work processes and provide better visibility of the operation to increase productivity and safety," he explained.

A key factor for productivity is for customers to offer more flexible pickup times, which are coordinated with when shipments are dropped off at rail terminals, Filter said.

He further noted that railroads can help by providing accurate arrival times so that drivers aren’t penalized by unnecessary waiting.

Another important step is to recognize the fact that "terminal productivity isn’t just about what goes on inside the four walls," Diebes added. Rather, it’s about how the entire network functions, because that activity heavily influences what goes on inside a facility.

These steps include network redesign intended to speed service and reduce delays, focused more on point-to-point train services that can move freight faster than hub and spoke approaches. Improved service quality will benefit customers and the railroad alike, he noted.

Storage policies are being tightened, too, said Smith.

"By having customers pick up containers in a timely manner, we ensure parking and stacking spaces are freed up which creates fluidity within the terminal."

Joel Henry, president of Intermodal Cartage, an IMC company, insisted that the core issues in terminal productivity are the quantity, quality and location of chassis, which have to be addressed whether operations are wheeled or grounded.

In theory, he believes, truckers should prefer wheeled operations because they can be faster and more productive, but that requires good order chassis.

If chassis supply or condition isn’t adequate, Henry said a grounded strategy would be better. However, that only works if the bare chassis are at an accessible location. Still another question is staffing, such as mechanics to do repairs when needed and terminal workers to avoid wasting time "chasing chassis," he noted.

Henry identified several steps to aid terminal productivity, saying that drivers’ waiting time for repairs in the roadability lane should be 30 minutes at most, and that they shouldn’t have to be equipment inspectors, or be counted on to shuttle equipment.

The long-standing grounded vs. wheeled productivity debate remains an unresolved matter that’s complicated by a number of additional considerations, other experts said. Heller said that converting wheeled terminals to grounded ones is "neither an easy nor inexpensive proposition."

"However, where it makes sense, we are taking steps in that direction [grounding]," Heller said. "In a high-growth market, footprint capacity constraints can be addressed through a grounded operation. As that grounded operation expands, improved stacking equipment and technology can be deployed."

Diebes said it can be "very problematic" to convert a wheeled operation to a grounded one because of the effects on productivity inside the facility, such as the need to "double handle" equipment instead of the less complicated wheeled approach.

"Grounded terminals are not for everyone," said Diebes. "There is no simple answer to the wheeled vs. grounded debate."

Complications arise if there is a lack of ground capacity for chassis storage or shortages of equipment supply.

On the other hand, he said, "Designing terminals for a grounded operation will benefit everyone, but that means everyone has to be involved to make the process work. In terminals, operations are all about removing inefficiencies."