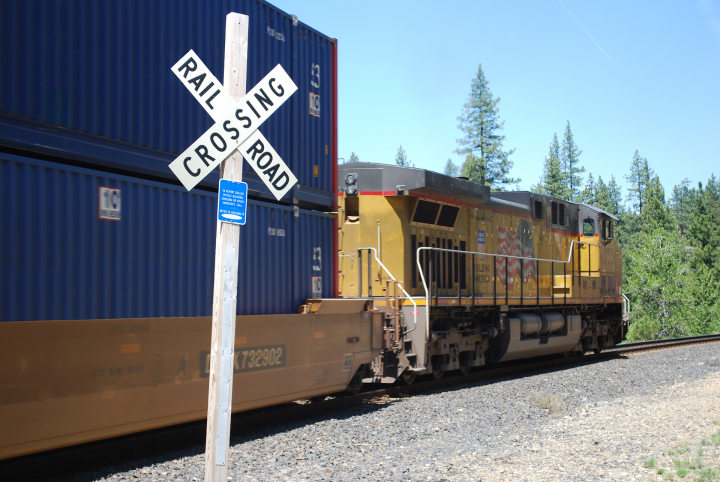 The implementation of positive train control technology this year and next by U.S.-operating railroads could usher in a new era of information sharing and technological know-how in the industry, experts have told Intermodal Insights.

Although not all Class I railroads operating across the U.S. that were mandated to implement PTC by the end of 2018 have yet to fully do so throughout their networks, some of those that have are already seeing benefits, industry insiders and observers say.

"For one, they and their suppliers have built up a staff of technology-savvy resources, which was necessary to implement and support PTC," explained Attila Mihalyi, a director with Princeton Consultants, an information technology and management consulting firm. Mihalyi leads teams that develop and deploy PTC software solutions on both freight and transit railroads, and provide software aimed at testing and monitoring rail signaling systems.

"This new group of railroaders, well-versed in modern technology and take it for granted, is certain to have a transformative impact on the future of railroading," he said. "It may take a bit for the effects to extend beyond PTC, but I’m convinced that this new generation will eventually usher in new technologies and new methodologies that will change how railroads operate and how they service customers."

PTC implementation involves installing equipment on locomotives and tracks that communicates information about the train’s speed as well as the position of the train and track switches. According to the American Association of Railroads, some Class I railroads operating in the U.S. have been granted time extensions in order to continue testing of PTC throughout their networks.

All systems are expected to be fully interoperable no later than the final deadline of Dec. 31, 2020.

As a result of PTC implementation, railroads are upgrading and expanding their field communications capabilities and their signaling systems to now have greater remote access and visibility into their trackside signaling equipment.

"In areas where PTC is deployed, they can now have a live view of what the signals are displaying and what position the switches are in," Mihalyi explained. "This information is in most cases much more detailed that what was previously available in centralized dispatching systems."

With this new information at their fingertips, they can now better detect signal anomalies, increase overall troubleshooting and have much better signal network awareness, resulting in more reliable and safer signaling systems.

"The implementation of PTC has created a staff, skilled in new technology, a lot of new operational data, and the communications needed to get data from the field to the back office, and from there to the tools for analysis," said another Princeton Consultants director, Bob Steen, who focuses on remote PTC assets, communication and security.

"PTC has created a platform that collects more operational data and communicates effectively with mobile assets – most importantly, the locomotives," Steen added. "Once developed further, this data platform will give customers better views into the status and location of their loads, and will give suppliers additional information about equipment performance, reliability and maintenance needs."

"The systems on the locomotives are able to monitor additional information and have the computing power to preprocess this information onboard and send it to the office efficiently," Steen explained.

"PTC provides a real-time link to data," added veteran transportation industry analyst and financial consultant Anthony B. Hatch, who runs ABH Consulting. "It can be the backbone of the digital railroad. [It provides] obvious help for visibility and for preventative maintenance, which in turn helps reliability."

Part of the reason why some railroads have been granted extensions until the end of next year to implement PTC technology is that they plan on adding it beyond the mandated areas. As of Jan. 1, only two freight lines, BNSF and Union Pacific, have a federally certified PTC system in operation on all required route miles and locomotives.

Kansas City Southern and Norfolk Southern are among the rail lines that have filed for two-year extensions so that they can adhere to the Federal Railroad Administration’s interpretation of the law, which says that full implementation status isn’t achieved until all non-railroad owned trains and equipment operating on PTC-equipped lines are also PTC-compliant.

BNSF was itself granted a two-year extension by the FRA last September.

"We are actively working with each of the approximately 30 railroads with which we need to be interoperable to identify their needs and how we can be of help," BNSF spokeswoman Amy Casas told Insights. "This assistance ranges from technical, operation and regulatory advice to a variety of services such as back office hosting and crew training."

One of the underpinnings of PTC is that it forces railroads to share certain basic train status and other technical information with each other, thus creating new lines of communication and cooperation.

Steen added that his company’s clients are looking forward to a new capability some of them will have with PTC: the ability to receive data from their trains while they are being operated by other railroads outside of their owners’ network.

As far as the federal role in the information sharing process, with the railroads already well down the path toward implementation, some say there’s not much more that the Department of Transportation, FRA or other federal agencies need to do at this point, other than just monitor the situation.

"We are well into the implementation process," Mihalyi said. "For now, the FRA could simply ensure that all railroads implement PTC within a reasonable and achievable timeframe, and let the industry work out the details as far as information sharing. As long as interoperability is a mandated condition, the railroads will eventually arrive at the right amount of information to share, including how best to do so."

Hatch, on the other hand, said the federal role in the information sharing process should be non-existent.

"None," he said when asked what part the feds should play. "What role do they play at FedEx?"

Casas would not say whether the railroad felt that there should be federal involvement in the information sharing process, but did state that BNSF continues to work with the FRA as it expands interoperability, and that it will ensure that PTC enhances rail safety wherever it operates.

"The amount of data we are able to collect, and the right algorithms, will help us make better decisions about the movement of freight along our network," she said. "In the future, we are going to see a fully implemented and integrated PTC network lead to more efficient train operations overall."

Mihalyi echoed that, predicting that in both the short run and the long run, PTC will prove to be good for the industry.

"Improved rail operations and customer service will ultimately result from this," he said.