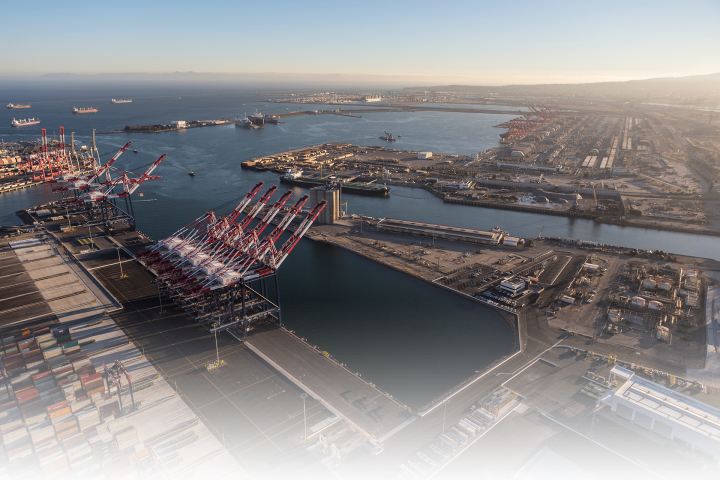 Infrastructure improvements and increased efficiency are two of the primary ways that seaports can stand out in a crowded market and attract more business, port officials and industry observers told Intermodal Insights. Cooperative initiatives between ports were also cited as an additional factor.

When it comes to infrastructure, seaports across the country are actively engaging in projects to improve and enhance their ability to move goods in a more expeditious manner. Although some of the work is being undertaken because ports themselves want to gain an edge, some has been at the behest of port tenants and customers looking to grow and expand their business.

Among the ongoing projects that New Orleans is involved in are growth of the largest container-on-barge operation in the U.S., and incorporating on-dock rail access with trucking capabilities.

Also, construction on the Charleston Harbor Deepening Project to 52 feet began in February 2018. When the project is completed, Charleston will be the deepest harbor on the East Coast, Childress said.

Additionally, the port authority’s Hugh K. Leatherman Sr. Terminal saw progress in 2018 with the initiation of construction on a wharf structure. The new terminal, expected to open in 2020, would accommodate growth of the port’s containerized cargo business.

In addition to infrastructure, berth availability, labor, navigation capability and intermodal rail capacity are some of the things that can affect a port’s competitiveness, Port Authority of New York and New Jersey spokesman Steve Coleman said.

"Ports can differentiate themselves in many ways. But one key way is through well thought out planning. And by planning, we do not mean planning in isolation," Coleman said. "It involves stakeholder integration across a broad partner base across the supply chain. It also includes the host communities where the facilities and impacts are directly experienced."

Port of Virginia spokesman Joe Harris added that planning should cover the upcoming decade, at a minimum. "We are finding that customers are interested in the future; they want to understand the landscape five, 10 and even 12-15 years out," Harris said.

"The ocean carriers want to know that there will be the necessary water depth and capacity at the terminals to efficiently work the biggest ships in their fleets. Our experience is that cargo owners want, or seek, predictability in their supply chains."

Across the country at the Port of Oakland, spokesman Michael Zampa said the two big differentiators between ports are customer service and full logistics capability.

In the past couple of years, he said, Oakland has taken several steps to improve its customer service, including opening night gates for harbor truckers to ease daytime crowding; introducing appointment systems to eliminate truck queues; and opening an inland depot to help speed up the supply chain.

The Northern California port is currently on pace for its third year of record volumes, Zampa said, due in part to infrastructure initiatives. On Nov. 1, the port debuted a 283,000-square-foot refrigerated distribution center that enables temperature-controlled transloading of beef, pork, poultry and produce from rail cars or trucks to 40-foot shipping containers.

It also has begun work on a 440,000-square-foot building at Seaport Logistics Complex, which Zampa said will be one of the nation’s few transload facilities within a port’s footprint.

According to Kurt Nagle, president of the American Association of Port Authorities, in terms of differentiation, ports are looking at trying to go beyond their inside-the-gate infrastructure and look toward giving customers more help with moving goods beyond the port, from point of production to point of final consumption, or to a manufacturing plant.

"I think a number of ports are looking to see how they can sort of serve as the facilitator of broader sharing of information across the supply chain and provide their customers with a little bit more certainty, a little bit more transparency – when it’s going to be available, when they can count on it being delivered, and the like," he told Insights.

In addition to infrastructure upgrades, another area where some seaports have been able to boost their profile is by collaborating on initiatives with neighboring ports.

"That’s something that we’re starting to see more and more of," Nagle said, using ports in the South, Pacific Northwest and Southern California as examples.

"We’re seeing things like the Northwest Seaport Alliance, where Seattle and Tacoma have formed a strategic alliance to try to encourage more cargo going through the Pacific Northwest and working more cooperatively in terms of marketing and investments."

Los Angeles and Long Beach, Nagle mentioned, are cooperating when it comes to connecting infrastructure, like improvements to roads and highway connections into and out of the ports.

"And ports that historically have been extremely competitive – Charleston and Savannah – they recently got together to collaborate on a regional chassis pool scenario," Nagle said.

The Port of New Orleans is working with other ports along Louisiana’s Lower Mississippi River to grow economic opportunities for the region, particularly by exploring an expansion of its container operations with a second and complementary container terminal in neighboring St. Bernard Parish.

"Increasing maritime activity in St. Bernard Parish would be a win for everyone, and positions the region to attract more value-added services such as manufacturing, warehousing and distribution services," port spokesman Jackson said.

New York/New Jersey spokesman Coleman said there is likely going to be increased integration and cooperation among regional ports to better utilize marine highway barges to take trucks off the road, especially in congested lanes. "Though there may be a healthy competitive dynamic among neighboring ports, the industry is known for its professionalism and collegiality," he said. "We aspire to have a healthy network of viable ports."

But even with ports building out for the future, an underlying issue that clouds the picture is that of tariffs. Since early 2018, the Trump administration has placed tariffs on more than 10,000 goods entering the U.S., beginning in January with solar panels and washing machines.

Among the imported goods currently under tariffs are steel, certain consumer electronics, industrial chemicals, rubber, plastics and certain types of furniture. On Jan. 1, 2019, the tariff rate on some goods is set to leap from 10 percent to 25 percent.

The AAPA’s Nagle said that one of the detrimental effects of tariffs is that they could slow the infrastructure improvements that ports have been engaged in. "Our latest survey shows they’re in the midst of about $155 billion investment in port-related infrastructure over a five-year period," he said of the nation’s seaports.

"I think the tariff policy and uncertainties … are putting some of those investments in question, because whether it’s a private company or the public port authority, this increasing level of uncertainty related to trade and the back and forth on tariffs between the U.S. and our various trading partners, puts a lot more uncertainty and risk into those decisions. So I think in some cases, you may well see investments that were planned, perhaps put on hold," he said, "or at least slowed down."

The Port of Los Angeles has been particularly vocal about the detrimental effect that tariffs can have on trade. "Tariffs have created uncertainty in the global supply chain," POLA spokesman Phillip Sanfield said. "Cargo owners have been pushing cargo into the United States ahead for months, and that may continue as higher tariffs on imports from China are slated to take effect on Jan. 1.

The long-term effect of the tariff situation remains to be seen. We’d like to see the issues resolved at the negotiating table as soon as possible with a rules-based international trade and investment system that offers a level and fair playing field for U.S businesses," Sanfield said.

Port of Long Beach Executive Director Mario Cordero said markets are still adjusting to the tariffs and that additional tariffs would likely slow or reduce trade, and a lengthy trade dispute between the U.S. and China could have lasting, negative economic effects. "Consumers are likely to see higher prices, so they’ll buy less," he said, "and businesses will be squeezed to maintain a profit."

However, Cordero also said that he’s optimistic. "With so much at stake on both sides of the Pacific, we think that China and the U.S. will come to a meeting of the minds and resolve their differences," he said. Only time will tell if his optimism and prediction are warranted and accurate.