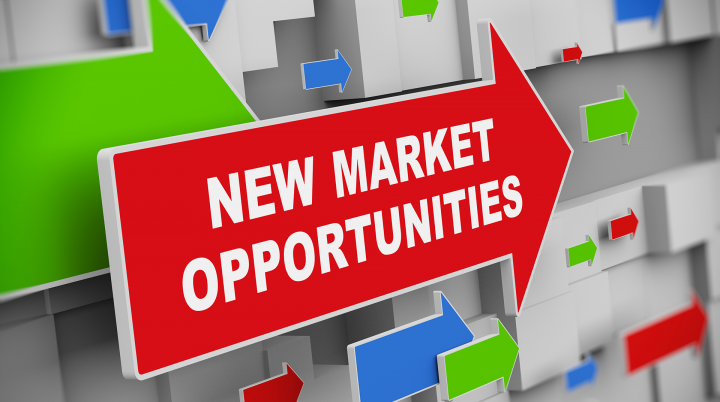 New intermodal markets are continuing to emerge in 2020 as opportunities present themselves.

Targeted growth initiatives by railroads such as Canadian National Railway and Kansas City Southern are proceeding. These developments follow in the aftermath of a modest retrenchment in the U.S. driven by the wider adoption of Precision Scheduled Railroading that trimmed some lower-volume and less profitable markets over the past 12 to 18 months.

In the Northeast, CN created new access to the Ports of New York/New Jersey and Philadelphia for cross-border shipments to and from Toronto and Montreal, a step that opens markets for ocean carriers to reach Canada’s two largest freight markets.

"This is a great new program," Crowther said. "It is taking a lot of trucks off the road, and it’s great for the environment. We have seen a lot of interest, particularly from steamship lines. We are moving a significant amount of freight."

New markets are being tapped for domestic customers in the Duluth, Minnesota area, Crowther said, through the Emerging Markets Program with Union Pacific and Norfolk Southern, complementing the ability to move international intermodal cargo to and from the region. The new offering avoids the lengthy dray to and from Chicago, enticing manufacturers and natural resource customers.

CN’s 2019 acquisition of The TransX Group, a truckload and less-than-truckload carrier, also is being leveraged with new LTL service offerings for cross-border customers. Crowther told Intermodal Insights that trial runs are being made, with the intention of eventually offering LTL service between any point in Canada and key U.S. markets, such as Chicago and Memphis, Tennessee.

"Toward the end of 2018, Kansas City Southern de Mexico started serving the pure domestic Mexico market with service between Toluca and Monterrey as well as between Mexico City and Monterrey," said spokeswoman Doniele Carlson. "We think Mexico has significant potential for a gradual conversion from over the road to intermodal rail, and these lanes are just the beginning."

Intermodal in Mexico is becoming more attractive because hours-of-service rules are being tightened in the country. Expanded marine port facilities and access in Veracruz are creating new opportunities as well. Cross-border freight between the U.S. and Mexico is being enhanced by simplified border crossings and faster train velocity in both countries, according to Carlson.

"In the U.S., while the domestic intermodal market is much more mature, there are still opportunities for new services," she said, citing refrigerated freight. Cross-border temperature-controlled freight also is an opportunity.

"With PSR taking hold across the North American railroads, we think the industry is more ready than ever before to take on new markets. This will likely continue to become evident as the focus on reliable service continues to strengthen, and customers start seeing the benefits in earnest and on a wider scale," Carlson said.

Recently, CSX has focused on opening a new terminal in Rocky Mount, North Carolina, and Canadian Pacific Railway extended its intermodal service into the Ohio Valley through a connection with the Indiana & Ohio Railway.

At the same time that some Class I railroads emphasized how emerging markets are being tapped, others cited distinct limitations on expansion efforts in their comments.

"I do not see any new markets for intermodal," said Garry Old, president and CEO of COFC Logistics. "Most rails are evaluating their existing networks and looking for ways to improve not add. Most railroads are unable to handle prolonged increased volume with existing networks."

Steps to address capacity questions are focused on building longer sidings at choke points and commingling manifest and intermodal business, he said.

He doubts that railroads will be willing to adjust rates downward to add more intermodal business at this point because of their focus on maintaining or raising prices.

Larry Gross, president of Gross Transportation Consulting, outlined a few possibilities, such as mixing intermodal and carload freight in the same train, avoiding the need to build and move separate container and trailer moves through steps such as block swapping.

He said the CN-CSX service was a good example of how new markets could be tapped through that strategy, along with the fact that ocean carriers that use it aren’t as concerned about transit time and routing as domestic customers would be. He also said Mexico-U.S. service has promise, though there is a northbound imbalance of freight. Temperature-controlled freight is another potentially attractive opportunity, he added.

Paying attention to some shorter-haul markets also is an important opportunity, Gross said, because "that’s where the largest volume of freight is". He noted that intermodal length of haul actually increased by 20 miles from the second quarter to the third quarter of 2019, and that recent lane cutbacks have also brought increases in the length of drayage moves that affect competitiveness for container and trailer moves.

"If the PSR regimen results in more precision service, that provides the opportunity for intermodal to re-enter the secondary lanes that were recently exited," he said. "We haven’t seen that yet. There is a strong focus on profitability and operating ratio."

"With precision scheduled railroading and the focus on more timely deliveries, this could drive some intermodal opportunities in the shorter length of haul markets (for instance less than 750 miles) and compete more effectively against trucks," he said. "Shippers tell me all the time that they would like to use more intermodal where they can, but they need intermodal to be reliable. If PSR drives better reliability, I think intermodal can continue to have success pulling more freight from the highways."

Sterling added that railroads may be willing to take on more intermodal freight at a slightly lower margin now because they have done such a good job of taking excess costs out of their networks. Intermodal is more important now to railroads, Sterling said, because of the need to replace lost business as coal carloads slump and industrial markets remain relatively weak.

There also are selective opportunities for regional and short-line railroads, said Bob Babcock, senior vice president of the Indiana Rail Road. "It all comes down to location," said Babcock, noting that his company serves Indianapolis, one of the nation’s largest intermodal markets. "You have to serve a pretty decent market. Smaller railroads out in the middle of nowhere don’t have that opportunity."

An important factor as well is a good Class I railroad partner, which in Babcock’s company’s case is CN. The smaller railroad delivers and picks up international traffic for the Canadian carrier, serving as an extension of that company into a region it doesn’t directly serve.

The partnership includes CN working with customers to set rates and service parameters as well as tracking, tracing and billing services, with Indiana Rail Road moving the cargo about 200 miles to and from the Indianapolis area.

Another important ingredient, Babcock said, was the ability for ocean carriers to obtain export loads, such as agricultural and manufactured products, in the Indiana carrier’s service area that boost revenue and improve utilization of equipment.

Babcock cautioned that intermodal may seem like an attractive option to economic development officials, but factors such as market size determine if the service is appropriate.

New intermodal markets are continuing to emerge in 2020 as opportunities present themselves.