INVESTING IN INFRASTRUCTURE: WILL DEMOCRATIC CONTROL OF THE HOUSE MAKE A DIFFERENCE? 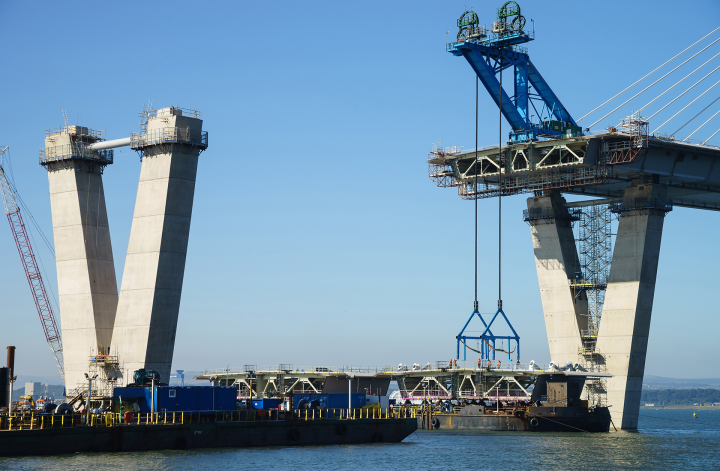 Investing in Infrastructure: Will Democratic Control of the House Make a Difference?

It’s no secret that U.S. politics have been fractured for some time. But if there’s one thing that might be able to bring Democrats and Republicans together during the current political climate, it’s infrastructure, several transportation industry figures told Intermodal Insights.

The need to invest in the country’s roads, bridges, ports and other infrastructure components is a bipartisan issue that members of both political parties should and do support, industry insiders and observers said.

"There are supporters on both sides of the aisle in both the House and the Senate for additional spending in infrastructure, and that’s great news for those of us in the transportation community," Jim Tymon, the executive director of the American Association of State Highway and Transportation Officials, said. With the November 2018 elections resulting in the Democrats now constituting a majority of House of Representatives, some in the intermodal industry have expressed optimism that the new chair of the House Committee on Transportation and Infrastructure, Rep. Peter DeFazio (D-Ore.), could push to get more improvement projects approved. He said in late 2018 that in his first six months as chair, he hopes to pass a comprehensive infrastructure package, including road, bridge and transit improvements.

Although DeFazio’s chairmanship officially began Jan. 4, he’s been on the committee since coming to Congress in 1987.

DeFazio’s six-month timetable is ambitious and aggressive, and opinions vary as to whether it’s achievable.

"It’s not impossible that he could do the prerequisite hearings and mark up a bill in the first six months. He could even in the

first six months get a bill passed on the House floor. But I doubt seriously there’s any scenario that gets such a bill also passed in the (Republican- controlled) Senate and then signed by the President in the first six months," said James Burnley, a partner with Venable, a practice focused on government relations and regulatory and legislative affairs with a concentration in transportation matters.

"When you get to the Senate … the Senate always moves slowly," said Burnley, who served as U.S. Secretary of Transportation from 1987 until 1989, during President Ronald Reagan’s administration. "It could eventually happen, but again, I don’t foresee that happening in six months."

Tymon expressed similar thoughts, saying that getting a bill out of the House of Representatives alone could take the first half of the year.

"I think that six-month timeframe is fairly realistic to get a bill at the very least, out of the House," Tymon said. "I think where things get more complicated is whether or not they’ll be able to get a bill that the Senate would be willing to consider."

Randy Mullett, a lobbyist and principal with Mullett Strategies, a consulting practice focused on helping clients in the areas of trucking, freight, sustainability, security and safety, said he expects the chamber’s leadership to navigate a bipartisan a bill out of the House.

"I think that both incoming Chairman DeFazio and incoming ranking member (Sam) Graves (R-Mo.) are pro-infrastructure and pro-freight individuals."

He also said he believes that President Trump is amenable to reinvesting in the nation’s highways and byways.

"Two things about the President — no. 1, he’s a builder. He likes infrastructure, he likes building stuff, he like solid projects," Mullett said. "And secondly, he’s a deal maker."

"I think there’s a deal to be made; I think there’s a lot of pent-up demand where people want to do it," Mullett continued. "But at the end of the day, the limiting factor’s going to be how do we pay for this thing. That’s where I continue to believe where the stumbling block is."

DeFazio and Graves both have advocated for a vehicle-miles traveled tax, or VMT, to fund infrastructure projects, rather than an increase in fuel taxes. Under a VMT, drivers would be charged based on how many miles they drive, rather than how much fuel they use, with the mileage measured by an onboard device. In addition to a national VMT pilot program, DeFazio has proposed simultaneously indexing fuel taxes to inflation.

"I think a lot of people have already reacted favorably to a combination of the two," Burnley said. "There will be concerns on the VMT — that’s a huge area that hasn’t really been worked through. And there will be people that oppose any increase in fuel taxes, so it won’t be easy. Having said that, I think he’s in a position to push both ideas."

Officials with the House Transportation & Infrastructure Committee and the Senate Committee on Commerce, Science, and Transportation did not respond to Insights’ requests for comment, but Adrian Arnakis, the senior vice president of Government Affairs with the American Association of Railroads, said that although a VMT isn’t a new idea, she’s glad that it now seems to be gaining a little more political traction than in the past.

"One of the issues that’s always hung out there is how to ensure that all of the users of the system are paying their fair share," she said. "If that can be addressed, I think there’s really a good chance that something that can happen."

Others, however, said they felt differently, including Bob Voltmann, president and CEO of the Transportation Intermediaries Association. He said he’s personally against a VMT.

"I think the fuel tax is the cheapest tax to collect, it’s automatic. But the Republicans have refused to even consider raising the fuel tax, so it may be that we need a vehicle miles traveled tax. You can’t build infrastructure on a wish and a prayer."

Also not in favor of a VMT is the American Trucking Associations, the organization’s Vice President of Public Affairs, Sean McNally, said.

"We believe the way to most effectively and efficiently fund road and bridge investments right now is the fuel tax," he remarked. "That being said, absent significant changes to the tax, we need to look at long-term alternatives."

But before progress can be made, the question must be answered as to whether a Legislative branch of government that’s split between two political parties can work together in a time of increasing partisanship. Could the new split Legislature usher in a new era of cooperation by politicians, or could the chasm between the parties widen?

"I think either scenario has the same probability of happening," Mullett said. "I think we won’t know until we’re into the second quarter (of the year), because by then we’ll know if the Dems in the House are really going to be crazy for oversight and impeachment and that sort of thing at the expense of bipartisanship and getting things done."

"So if we get through the first quarter and things have settled down a little bit, I think then there’s a great opportunity to see some bipartisanship," he explained. "If we get into the second quarter and they’re still just throwing bombs at each other, by then we’re basically into the (2020) presidential cycle and I think it probably means that no significant policy changes or big movements take place." Arnakis, however, said she has a more optimistic outlook.

"I think at the end of the day all the members (of Congress) want the same thing, which is to bring home some accomplishments to their district," she said. "And when you look at all the broad issues that are out there … infrastructure is one of the few things in which everyone does seem to agree we do need to focus on."

"And so, to me infrastructure could be that one thing that brings people together," she said, "because it’s an accomplishment, and at the end of the day, I think that’s what members want."