The Dangers of Distracted Driving

Due in part to the rise in use of personal handheld devices like smartphones, distracted driving is a major issue both within and outside the intermodal industry.

But although it may not be possible to completely eliminate incidents caused by distracted driving, such incidents can be reduced through the use of techniques like educating families of intermodal drivers on the risks associated with calling loved ones while driving; having strong motor carrier policies and procedures; and not engaging in multiple risky behaviors, such as eating, drinking and talking on the phone at the same time while operating a truck.

"Within our own data, we’ve found that drivers who eat or drink while 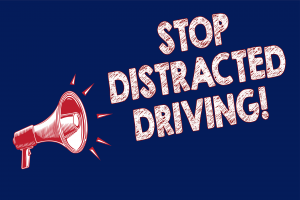 "Distracted driving is a serious risk for everyone on the road, and it’s imperative for managers and driver coaches to educate and address with their co-workers," he added.

Kevin Mullen, a risk control consultant with the transportation division of USI Insurance Services, said that distracted driving is more important to the intermodal industry for several reasons, with the first being that its drivers operate large trucks in traffic among other drivers who are more and more likely to be distracted.

"As professional drivers we must make adjustments to allow for those drivers’ errors," he said. This is exacerbated by the fact that our vehicles take longer and require more room to stop."

Additionally, he said, the industry can’t afford to have its drivers distracted as it would severely limit their ability to react to hazardous situations.

"Driving distracted increases the likelihood of crash involvement by six-fold," he said.

"Texting while driving increases the chance of crash involvement by 23-fold. Our drivers, more than any others, need to have 100% of their attention focused on hazards and vehicles around them."

Even if an intermodal driver isn’t distracted by something, he or she needs to be aware of others on the road who are.

Every year, about 421,000 people are injured in crashes that have involved a driver who was distracted in some way, according to statistics supplied by Robert Pettit, a senior vice president with Arthur J. Gallagher & Co. insurance firm.

The chance of a crash due to any reason is increased by 23 times when a driver is texting, according to Pettit’s data. Even if the crash is another driver’s fault, he said, a commercial driver probably can avoid an accident if he or she is looking at the road instead of a phone.

Lisk said that identifying the root causes of distracted driving and addressing the dangers involved is critical to fostering safer drivers and operators, as well as safer companies, roadways and communities.

"One of our clients surveyed its drivers about hand-held cellphones and found that more than 50% of calls drivers participated in while driving were initiated by family members," he said. "The company then used that information to create a program focused on educating families on the risks associated with calling their loved ones while driving. I really like this as an example of going one step further to identify the underlying cause of a risky behavior and taking meaningful steps to address it."

Mullen added that although it’s a common belief that hands-free cellphone use is risk free or safer, more and more studies are debunking that belief.

"Hands-free policies do not address cognitive distractions and many, many drivers honestly believe they can multi-task," he said. "More and more research, however, is debunking that myth as well. The brain is not capable of multi-tasking. It may switch back and forth between driving and the conversation, and it may do so very quickly, but when focused on the conversation or other task, resulting in ‘inattention blindness’."

Another issue, Mullen said, is that motor carriers are seen by plaintiff attorneys as "ripe for the picking" following crashes, especially if the carrier doesn’t have clear company rules regarding distracted driving.

"A motor carrier with no distracted driving policy, a substandard policy or even a good policy that it does not — or cannot — adequately enforce will likely find itself defending it in post-crash litigation," he said. "Much litigation today focuses on motor carrier policy and procedure deficiencies, totally ignoring crash causation … and juries are rewarding plaintiffs with huge awards."

Lisk summed it up by saying that cutting down on distracted driving in the intermodal industry doesn’t just serve drivers or companies; it benefits the world at large.

"Identifying the root causes of distracted driving and addressing the dangers involved is critical to fostering safer drivers and operators, as well as safer companies, roadways and communities," he said.