INTERMODAL RAIL TECHNOLOGY — MUCH ACHIEVED, STILL MORE TO DO 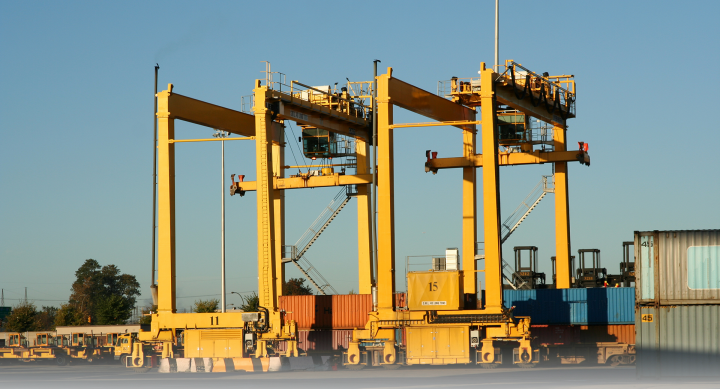 Intermodal Rail Technology — Much Achieved, Still More to Do

From the standpoint of railroad technology, intermodal has come a very long way, and still has further to go.

Economist and consultant James Blaze, who worked for 21 years at Consolidated Rail Corp., said four significant intermodal technological advancements have driven the industry’s growth up to now. The first was the design and invention of double-stack container cars, starting more than 40 years ago, followed by investment to start stack train service in the 1980s, upgrading of track and equipment engineering in the early 1990s to increase axle loads and extensive investments to create 20-foot, 6-inch clearances east of Chicago.

Group Vice President Consumer Products Williams cited the railroad’s app, used by more than 65,000 drivers, to perform in-gate processes before arriving at the hub, providing directions to cargo pickup and drop-off inside the facility and to speed the out-gating process.

A pilot test is underway by BNSF in the State of Washington to include the customer in the information flow. Williams said the railroad is alerted when drivers depart for the terminal, which is followed by a GPS-driven event when the truck approaches a virtual geofence near the facility. Next, the railroad confirms shipping information with the customer and uses the truck’s ELD to authorize the driver to enter the terminal. Once inside, a second geofence for vehicle location is triggered through ground sensors to provide drop-off and pickup directions to the driver.

At Logistics Park Kansas City, BNSF uses automated straddle carriers, known as autostrads, to improve loading and unloading efficiency. Trucks are directed to a fenced portal. Drivers use a kiosk at a safe distance away from their vehicle to enter shipment data, activating the autostrad’s navigation and positioning technology to move the container to a specified space for loading. The same process is used for freight arriving on trains.

Hess, vice president — premium (automotive and intermodal), at Union Pacific Railroad, told Intermodal Insights that the use of mobile apps for drivers and mechanics has improved efficiency by reducing wasted time waiting at gates or making an extra trip to retrieve needed parts for equipment repairs. Telematics on lift equipment has enhanced preventive maintenance processes to boost reliability and availability.

Several additional steps can be used to achieve future improvements, he said.

"The evolution of terminal design and automation to reduce the interaction between track and motor carriers will also help lower incidents and improve safety," he said.

For motor carriers, he said, improved reporting of bad order equipment by drivers will achieve faster repairs and lower the number of chassis needing OTR repair. Steps such as appointment and reservation systems can reduce time spent in terminals, which boosts efficiency and decreases the risk of incidents.

Norfolk Southern emphasizes its "smart" equipment focus in terminal management and equipment, such as rubber-tire gantry cranes that can read container labels and track equipment, as well a communications system to coordinate moves within each facility.

"Perhaps most exciting, NS’ use of these remarkable devices is just the beginning of further efforts to automate yard operations," according to company officials. "NS will continue to strategically integrate new technologies into its terminal infrastructure, reimagining an even more efficient and reliable railroad for today and the future."

"The ongoing trend towards automation and process digitalization is the force between most of the advancements that have been made. Railroad customers are expecting the same level of quality and service that they get from other freight forwarders [like tracking position in real time and valid schedules]," he said. "The terminals need to invest into automation and remote control, which directly leads to more predictable results and in some cases a more efficient workflow."

John Gray, president of Rail Management Services, said more needs to be done with regard to automation at terminals because terminal operators, like his company, still face difficulty in locating boxes in terminals in the absence of timely inventory information. A particular issue, he said, is that all of the railroads have different systems for communicating information to terminal operators.

"If we had coordinated operating systems between the contractor and the railroad to share data that enhances inventory management and loadouts, that would be a huge plus. It would be wonderful," he said.

"Our focus [with PSR] has been on reducing dwell for railcars, containers and chassis," Hess said. "This has heightened the need to improve inventory accuracy, unload and reload railcars faster to improve productivity and address long-dwelling assets."

"It seems intuitive that there will be a direct and positive effect on the terminals as equipment moves more quickly and equipment and product information is able to be transmitted faster than ever before," Gray observed.

PSR’s reliance on running much longer trains has created greater pressure on terminal operators to handle greater volume as quickly as they did when trains were shorter. The situation is complicated by manpower and space constraints as operators try to achieve that goal. One issue is a lack of track space outside the terminal, which slows train arrivals because additional switching is needed, he said. Inside the facility, it can be difficult to turn the railcar equipment for release of outbound trains. As a result, he said, trains can go out less than full, delaying customer loads.

"The Federal Motor Carrier Safety Administration’s current approach of open communication at IANA events is effective and good for the industry. It helps us stay up to date on problems and opportunities for improvement in intermodal. Communication, education and enforcement are key to productivity and safety in our industry."
Jason Hess
Union Pacific Railroad

He did note that some railroads are expanding terminal facilities and capabilities to address potential delays.

Tom Jackson, senior vice president of marketing at The Greenbrier Companies, said rail equipment suppliers have also aligned railcar designs to support PSR initiatives and are rewarded for doing so.

He further noted they are designing and building railcars that carry more payload than before and also have improved performance with better safety and maintenance records.

Positive train control has achieved some benefits, with the potential to achieve more.

"Safety and efficiency go hand in hand, and positive train control serves as an industry-wide technology that improves both," Williams said, to prevent train-to-train collisions, overspeed derailments, routing trains to an incorrect track and unauthorized movements in areas under maintenance. The railroad now runs 80% of daily freight volume with PTC equipment on mandated routes.

Gray noted that an intended PTC benefit – running trains closer together – hasn’t happened yet because of an overall decline in railroad volume and the commitment to reduce train starts through longer trains.

Blaze believes constant GPS location from locomotives could be sent over a PTC-based communications network that can be managed to send information to customers about where their inventory actually is.

There continues to be an important role for federal agencies that oversee intermodal, several experts said.

"The Federal Motor Carrier Safety Administration’s current approach of open communication at IANA events is effective and good for the industry," Hess said. "It helps us stay up to date on problems and opportunities for improvement in intermodal. Communication, education and enforcement are key to productivity and safety in our industry."

Blaze believes the federal government should fund terminal design as well as better engineering and safety design for intermodal cars.

Greenbrier’s Jackson focused on regulation, saying agencies should maintain a level playing field among suppliers to ensure competition because foreign interests from state-owned entities are a genuine threat for the broader rail industry.

Technology also has enhanced safety, Jackson said, by changes to the double-stack equipment, such as effective placement of inter-box connectors, wider walkways and stronger guideposts for lift operators.

"We are constantly reviewing our ergonomic designs to provide the best work environment for rail workers around the world," he said. "We have field engineers that monitor and adjust equipment with changing business patterns such as COVID-19," he added.

On the terminal side, their research is focused on new loading and unloading strategies to enhance productivity, he said.

Augustin emphasized the potential safety benefits when personnel in the field are protected using the latest technology of proximity detection and for reducing blind spots around large equipment. When those steps are not feasible, real-time and actual location of people and machines must be used to insure safe and adequate distance between them.

"Transportation management systems that allow the global supply chain to see in real time where containers and trailers are along the delivery route has had a huge impact on the industry," Verhey noted. "Phone applications and GPS tracking enables workers to scan bar codes and RFID tags at the point of use that can transmit specific intermodal/container data that improves efficiency and accuracy of intermodal data along the entire supply chain."