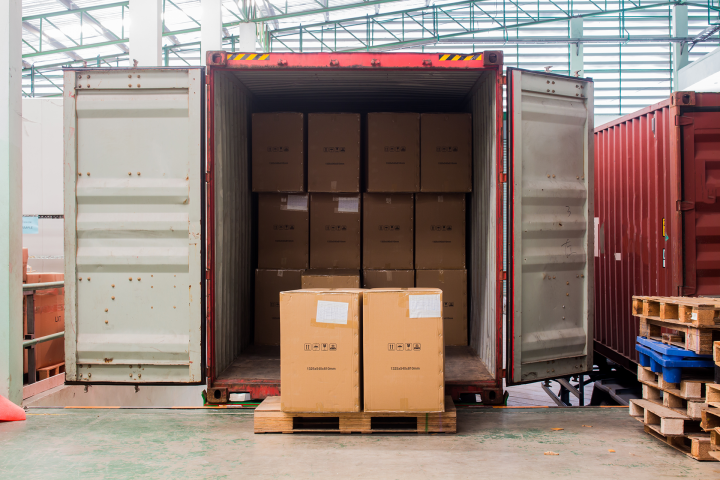 Changing freight patterns driven by short-term effects such as COVID-19 and longer-term shifts in logistics strategies have prompted intermodal providers to adapt in a wide variety of ways to keep their businesses functioning in a challenging environment.

Statistics from the first quarter of 2020 illustrated the scope of the challenge for motor carriers, railroads and warehouse facilities. Los Angeles and Long Beach, the largest U.S. port complex, handled a combined total of 1.7 million loaded import boxes in this year’s first quarter, 261,000 fewer than in last year’s first three months. Using IANA’s estimate that 35% of Southern California cargo is transloaded, that signals more than 90,000 fewer boxes were transferred from international to domestic equipment for a potential intermodal move.

On a broader scale, that illustrated the weakness in the international intermodal picture; ISO box traffic moving intermodally fell 11.3% in the first quarter. April intermodal loads, as counted by the Association of American Railroads, dipped 17% year-over-year.

Widespread adjustments are needed and are focused on how to anticipate and cope with an uneven supply of goods, such as imported apparel for retailers. At the same time, freight providers faced a domestic market where a number of orders were placed before the virus spread in the U.S., said Mark McKendry, vice president of intermodal for NFI Industries.

In addition to those difficult adjustments, the uncertain pace of resumption of business nationwide is a challenge, as well as the differing pace from state to state. This is making the adjustment process for both motor carriers and warehouse operators more difficult, he added. Georgia, a key location of distribution centers, is reopening faster than California, for example.

"It’s easy to say there’s a blanket effect, but there isn’t," McKendry told Intermodal Insights. Still another expected adjustment he identified was operational changes based on how many workers would be available to handle the transloaded freight that does move.

"There are a whole lot of challenges out there," said Danny Boyle, vice president of QuikPick Express. "We have to be opportunistic."

To keep drivers working, the company is adjusting to the current decline in transload volume by doing more local trucking.

The adjustments also include the need for flexibility as port operations and BCO routing choices change, he added.

At the ports, there are an increasing number of irregular operating hours as international cargo dips, forcing drayage fleets to be opportunistic and quickly pursue any new business opportunities, he said. A similar approach is needed as BCOs scale back or cancel orders, affecting the cargo flow to and from transload facilities.

While there are a wide variety of adjustments being made, multiple industry experts have a favorable overall assessment of transloading.

"Transloading remains a good option for some freight flows. It does promote flexibility and the ability to meld source flows, which is critical right now," said Dan Smith, a principal at consulting firm Tioga Group.

However, he also cautioned that new practices and adjustments are needed due to COVID 19. One such shift is in freight routing—more moves to the West Coast for high-value imports such as medical supplies instead of the slower and longer route through the Panama Canal, he said. However, operational adjustments are important as well to improve the speed and predictability of goods from vessels to and through transloaders’ facilities.

There are other broad-brush positives about transloading and intermodal.

McKendry described the first quarter as a "feast or famine" trend that featured a solid start to 2020, followed by the sharp decline as COVID-19 spread and the U.S. economy scaled back accordingly. McKendry also believes that a "nice little bump" in freight demand will happen as business re-openings accelerate.

"Clearly, the drop of international inbound freight will hurt intermodal, both near and mid-term," Rail Delivery Services’ co-founder Greg Stefflre said. "I don't think that indicates any long-term diversion for intermodal domestically. Transloading remains a significant element. Once the international volumes return to seasonal normal, we will see it used more frequently."

"There is the growing emergence of near-customer distribution [fulfillment] facilities to handle ‘last mile’ delivery that will factor into how transloading is used in the future," he explained. "Our plan for this change in model is to unload international cargo, mix it and peddle it to regional last mile hubs."

"Transloading remains a good option for some freight flows. It does promote flexibility and the ability to meld source flows, which is critical right now."
Dan Smith
Tioga Group

Prince said the swift rise of business to consumer shipments that are supported by distribution center locations closer to consumers and the necessity to keep greater stock in inventory to fulfill those buyers’ needs favors intermodal, because of its inherent economies and efficiencies.

While intermodal could gain volume by shipping to DCs, there are other factors to consider. He explained that BCOs often prefer intensive transloading activity before a domestic move begins in order to consolidate particular products, such as consumer goods loads, instead of moving boxes intact to an inland location.

From the railroad perspective, transloads have been increasing steadily over the past decade, a Canadian National Railway spokesman said, as more shippers incorporate that strategy into their logistics planning, particularly for higher value and time sensitive goods.

"CN is always interested in growing any product in order to reduce the supply chain costs for its shippers," the spokesman said, citing particular recent success in expanding transloading capabilities at the Port of Prince Rupert, British Columbia. "By working with customers, we hope to better understand their needs and see where transloading can fit into their needs and work with them to implement the appropriate options."

In addition to the adjustments and long-term optimism, there are challenges.

"The economics of transloading have been hurt due to the fact that in southern California, the municipalities near the ports have pretty much restricted expansion of truck-related commercial occupancy and, in some cases, are actually restricting such uses in their land-use regulation," Stefflre said, triggering a longer-haul, costly shift in cargo flows. "That moves the opportunities for transloading Eastward to our area—the Inland Empire—where land use regulations favor truck-related commercial development."

Those regulatory restrictions also extend to the broader business climate in California, which is ranked by business news network CNBC as the least business-friendly state in the U.S. due to high operating costs, Stefflre added.