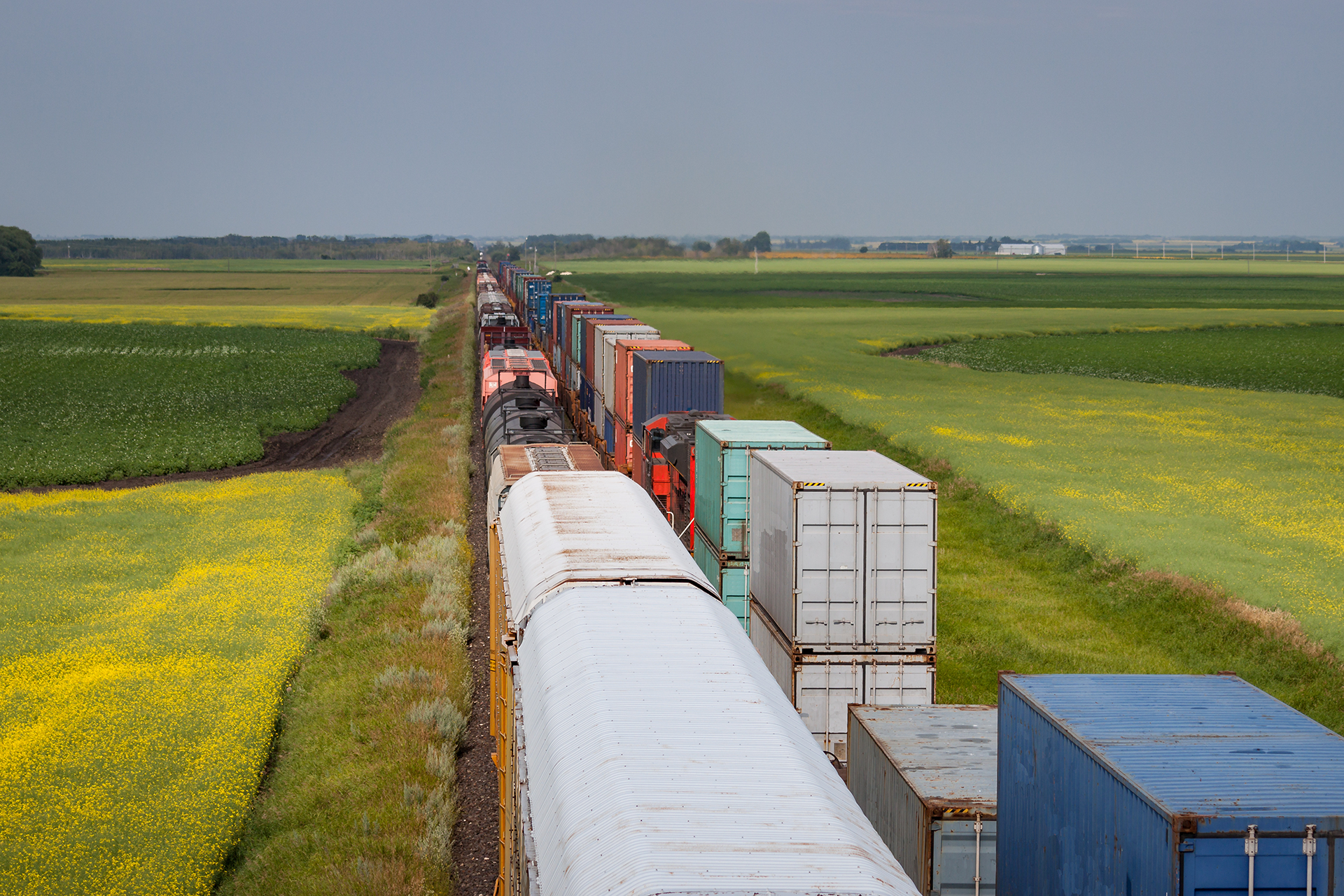 Intermodal continues to have a wide variety of growth opportunities, both by actively pursuing new markets and adding new business on existing routes.

In interviews with Intermodal Insights and on an IANA webinar, experts expressed optimism that annual traffic volume growth is expected to return this year, continuing the second half surge in 2020.

On the IANA "Inside the Numbers" webinar, TTX noted it is expecting 7.3% growth in international containers, and 4.7% more domestic shipments to create an overall increase of about 6%, in an environment where economic conditions improve, COVID impacts are reduced and eventually eliminated.

In addition, experts speaking on the webinar cited longstanding advantages arising from restrictions on the truck driver supply that will help intermodal. Intermodal’s environmental advantages offer tantalizing opportunities, too. "This is THE Time to chase the sustainability benefit," said Libby Ogard, president of Prime Focus LLC.

"Railroads could take more advantage of this aspect. I expect we will see the Biden Administration focus on the environment. This is the opening the railroads need to take share from trucks."

Officials at BNSF Railway, Union Pacific and Kansas City Southern are optimistic about growth prospects for both existing and new markets.

The upbeat industry outlook is tinged with realism based on experience.

"Railroads are always willing to explore new markets, but the risk/reward calculations have become more challenging. The days of ‘build it and they will come are gone,’" said Dan Corcoran, business development manager at Indiana Rail Road.

"There are still capacity challenges, especially for long-haul drayage. Drivers want to be home every night."

"Rail yards are increasingly crowded," he said. "Operating efficiency is the first priority. Until they get the space in congested yards fixed, new markets can be secondary. Because of that fact, there is an advantage to building volume on main lines instead of new markets."

A wide range of new market opportunities are in place, or being considered.

One example is partnership between Class I railroads and regional carriers to extend the larger carrier’s market reach.

"Other railroads could use the model Canadian National uses with Indiana Rail Road," said Corcoran. "For CN, working with a short line/regional railroad was a natural extension of their market to reach Indiana and at the same time take congestion out of their Chicago facility. We were able to work together to grow existing lanes and look for new markets at the same time."

"There is a screaming need for more agricultural exports to move by rail, and intermodal," said Peter Friedmann, executive director of the Agriculture

"In the past," he explained, "boxes were unloaded at ports and moved inland by rail. Unfortunately, the standard has been now changed. Many importers have DCs close to West Coast ports and put import freight in 53-foot domestic trailers to their final destination."

As a result, exporting ag products today is a complicated topic. The factors at work include port delays that affect carrier equipment strategies, revenue considerations and expensive box repositioning costs.

"All U.S. ports – including both seaports and to a greater degree all inland rail ramps – are experiencing a shortage of shipping ocean containers due to global equipment bottlenecks and delays," said Philip Damas, managing director and head of supply chain advisors for London-based consultant Drewry.

"The ocean carriers’ commitment to maximize their box utilization by limiting IPI shipments – and the lengthy repositioning of empty containers to inland locations for exports – has affected the ability for North American exporters to ship their products," Damas added.

Corcoran cited another factor, trade policy that shifted exports away from the huge Chinese market for corn meal and distilled dried grains.

"What could really drive increased export loads is if something changes with U.S.-China trade policy. Marry those opportunities with boxes and a good rail network and you have success," he said.

Kemmsies advocated transloading from 53-foot domestic equipment into refrigerated international containers in two settings. One is near. The other is a more efficient approach, to load exports to rail at Kansas City or other inland major metropolitan area.

The shortage of available containers at inland points often creates repositioning costs of $900 or more, he added.

Friedmann identified another opportunity, citing Idaho potatoes now moving about 450 miles by truck that could be a major export commodity if equipment was available. He also noted that some products, such as Grade A soybeans, can’t be crushed and need to go into containers as close to the farm as possible. Other beans and grain move in hopper cars for export.

Agricultural products can be less desirable, he added, because they are fungible, generate lower revenue, are heavy, and may require refrigeration, Friedmann said. He also praised any ocean carrier that would commit to reposition containers into Midwest areas for export loads.

Ag shippers are seeking to expand Middle East and North African shipments, Ogard said, because U.K. and European markets are restricted by those nations’ ongoing concerns about genetic modification of food.

"We are seeing industrial development and intermodal as an exciting place to be," he said, as shippers increasingly see intermodal as a stable and growing business that supports their supply chain needs.

"Primarily, we are an industrial real estate company," he said. "We want our properties to have a long-term logistical advantage."

There also are other inland port opportunities, with enough demand for imports and/or exports, anchored by one of two BCOs, he added, citing Nevada, Arizona and Gulf Coast locations.

'What could really drive increased export loads is if something changes with U.S.-China trade policy. Marry those opportunities with boxes and a good rail network and you have success.'
Dan Corcoran
Indiana Rail Road

"In places like New Jersey and Los Angeles, warehouse space is becoming more and more critical," McKiernan said. "It is difficult to build because of population density, permitting and the expensive cost to operate there. If you have scale and can get closer to where goods are distributed, there is a cost advantage."

As changing U.S. demographics favor growth in smaller cities, it’s time to rethink how to optimize the freight network, Kemmsies said, citing opportunities in locations such as Savannah, GA, to maximize the value of port and distribution facilities.

Regional and short-line railroads have opportunities as well beyond partnerships with Class I carriers, said Chuck Baker, president of the American Short Line and Regional Railroad Association.

"Short lines have not been a huge piece of the intermodal picture, but many of our members, particularly switching and regional railroads, are very, very interested in that new business opportunity. They are very interested in doing what needs to be done to work with the customer."

Local switching operations depend on market geography and the physical setup of terminals, Baker said, noting that many short lines provide that service now, and more could step in when a third-party opportunity boosts efficiency.

There also are other opportunities for short lines to work with Class I carriers, Baker said, such as a service offered by a partnership among Iowa Northern Railway, Watco Companies and Union Pacific Railroad in that state. However, many short lines aren’t realistic intermodal partners because their speed limits can be 10 miles per hour or less.

Regional, short haul truckload traffic could be a growth area, said Ogard and Kemmsies, though intermodal will have to move fast to capitalize in those areas. In addition, Ogard believes Class I railroads need to be sure their new markets will generate adequate business without rail-to-rail competition. E-commerce and food shipments also could produce growth, several persons said.