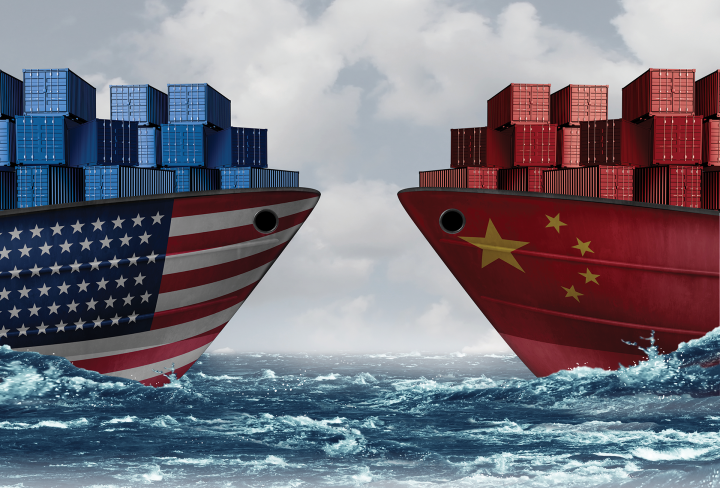 Intermodal providers can expect a fresh round of 2020 uncertainty driven by a combination of broad concerns about the supply chain effects of the coronavirus and ongoing shifts related to tariff-related changes in U.S.-Asia freight markets.

Freight markets were in the process of adjusting to the deal known as China 1 that covers trade between that nation and the U.S. when the health-related impact of the virus ratcheted up the uncertainty. As Intermodal Insights went to press, the complete impact on freight activity wasn’t fully known. Anecdotal signs, such as a 22.9 percent decline in Port of Los Angeles cargo volumes in February, have hinted at what’s ahead.

"Right now, there is a global crisis from a health perspective," Gene Seroka, executive director of the Port of Los Angeles, told Intermodal Insights. "We won’t return to normal volumes any time soon."

A 25 percent decline year over year in February cargo volume is expected at Los Angeles, after a 5 percent drop in January 2020. A 15 percent volume decline is expected there for the first quarter.

"There is going tobe a lot of pivoting and adjusting as a result of what is still largely unknown," said Thomas O’Brien, executive director of the Center for International Trade and Transportation at California State University–Long Beach, referring to the actual effects of the coronavirus on specific products and businesses. "There have to be contingency plans. At this time last year, nobody was thinking about a global health crisis, which blunts the potential upside of China 1."

Uncertainty will force businesses to adjust both in the present and the near future when freight flows normalize, O’Brien said, including the potential repeat of extreme congestion that occurred during a strong peak season in 2005.

"We have to make sure we have all customers covered. The (sourcing) challenges in the past couple of years have changed the tenor of the supply chain. There will be a continued challenge in the future. Hopefully, things will go in a better direction."
Mark Bartmann
Kuehne + Nagel

Tariff effects drove a choppy freight flow pattern that began in the fall of 2018, when cargo surged to beat higher tariff-related product costs and was followed by a lull in imports even before virus-related questions arose, Seroka said.

As volume peaked, Los Angeles and the neighboring Port of Long Beach reached record cargo throughput levels. However, cargo volume seesawed in 2019 and resulted in a year-over-year shipment decline from 2018 to 2019 at both of those ports.

The company has responded by being prepared to cope with sourcing shifts to Vietnam and other Asian countries, keeping pace with changes in the shippers’ decisions.

"We have to make sure we have all customers covered," Bartmann said. "The (sourcing) challenges in the past couple of years have changed the tenor of the supply chain. There will be a continued challenge in the future. Hopefully, things will go in a better direction."

While there is near-term uncertainty about the strength of freight markets, some believe there will be an upturn later in the year.

From the railroad perspective, Kenny Rocker, executive vice president—Marketing and Sales at Union Pacific Railroad, said there are expectations that demand will improve in mid-2020 after a first quarter of weak shipments compared to last year’s initial three months due to market uncertainty. Improved demand should help domestic intermodal in mid-2020 and beyond, he told investors in a conference call. International intermodal also is expected to return to normal flows later in the year, he said.

Garry Old, president and CEO, COFC Logistics, believes there could be a "double whammy," with two peak season-level surges later in 2020. One will come as the market adjusts to health-related issues, followed by a traditional fall peak later in the year.

O’Brien believes shippers could be better prepared for 2020 uncertainty because they have adopted more diversified cargo routings in response to past disruptions. One sign of that is the ongoing battle over how to best serve customers in the U.S. Heartland—either across the Pacific, or through the Suez Canal.

Tariffs have created a substantial, wide-ranging burden, the Los Angeles official said. Seroka explained that a study commissioned by the port found that $186 billion in U.S. economic activity nationwide was at risk annually through the imposition of tariffs, including both higher costs for consumers and reduced investment as a result of the levies. Tariffs create uncertainty about how and where to invest capital as well as push down some companies’ earnings as cost pressures sap profit margins, he added.

Meil believes both the China 1 agreement as well as the U.S.-Mexico-Canada (USMCA) agreement to supplant NAFTA are positive developments.

"USMCA, while not perfect, lays down trade rules—all businesses would rather have known rules with which they can deal instead of uncertainty," Meil said. "While China 1 is as much as a statement of intent as a firm agreement, again it’s a good signal and a plus for transportation and international cargo."

"There was some uncertainty during those negotiations," said Old, "but the changes that were made won’t affect what we are doing."

O’Brien also foresees little change in market conditions because it appears to be an evolution from NAFTA.

"We’re not expecting much change," he said. "What does help is removing the uncertainty. Whether you like it or not, you can plan accordingly."

Early 2020 U.S.-Mexico cross-border intermodal freight volumes have been solid across the industry, Old said, with his company achieving a 58 percent year-over-year increase in shipments moved.

At Kansas City Southern, the focus is on the USMCA.

"USMCA approval is important to KCS and has been a top priority because it will preserve and strengthen trade ties between the U.S., Mexico and Canada," spokeswoman Doniele Carlson said. "The new agreement levels the playing field and modernizes North American trade rules in areas such as digital trade, services, and non-tariff barriers, promising substantial economic benefits all across North America."

While the U.S.-Mexico agreement itself likely won’t have much direct effect on freight flows, Old spotlighted how the supply chain disruptions resulting from Chinese factory production issues could affect North American trade.

There have been growing signs that auto assembly plants in Mexico are "starving" for parts that typically are sourced from China as the end of the first quarter approaches, which could well create a notable impact on cross-border moves of finished vehicles.

"When people talk about the world being small, this is a perfect example of that," Old said.

Other Factors at Play

There are other factors at work in intermodal markets, experts said.

Old spotlighted a potential bright spot for intermodal, which is driven by different market forces. The rising number of U.S. motor carrier failures this year has resulted from strong downward rate pressure. Intermodal could benefit as some freight shifts to rail, he said.

Bartmann downplayed the effect of tariffs when they are in place, saying they are a cost of doing business that everyone has to adjust to—and pay. Bartmann also noted the importance of ports on both U.S. coasts that are welcoming to business, as well as convenient, reliable and cost-effective.

One tariff-related bright spot for intermodal has been the fact that containers manufactured in China haven’t been subject to a 25 percent tax that initially was intended to cover that equipment, Old said. The sharp increase in the equipment’s cost likely would have dampened demand for new boxes as well as raised prices sharply.