INTERMODAL DRIVER SHORTAGES: WHAT CAN BE DONE ABOUT THEM? 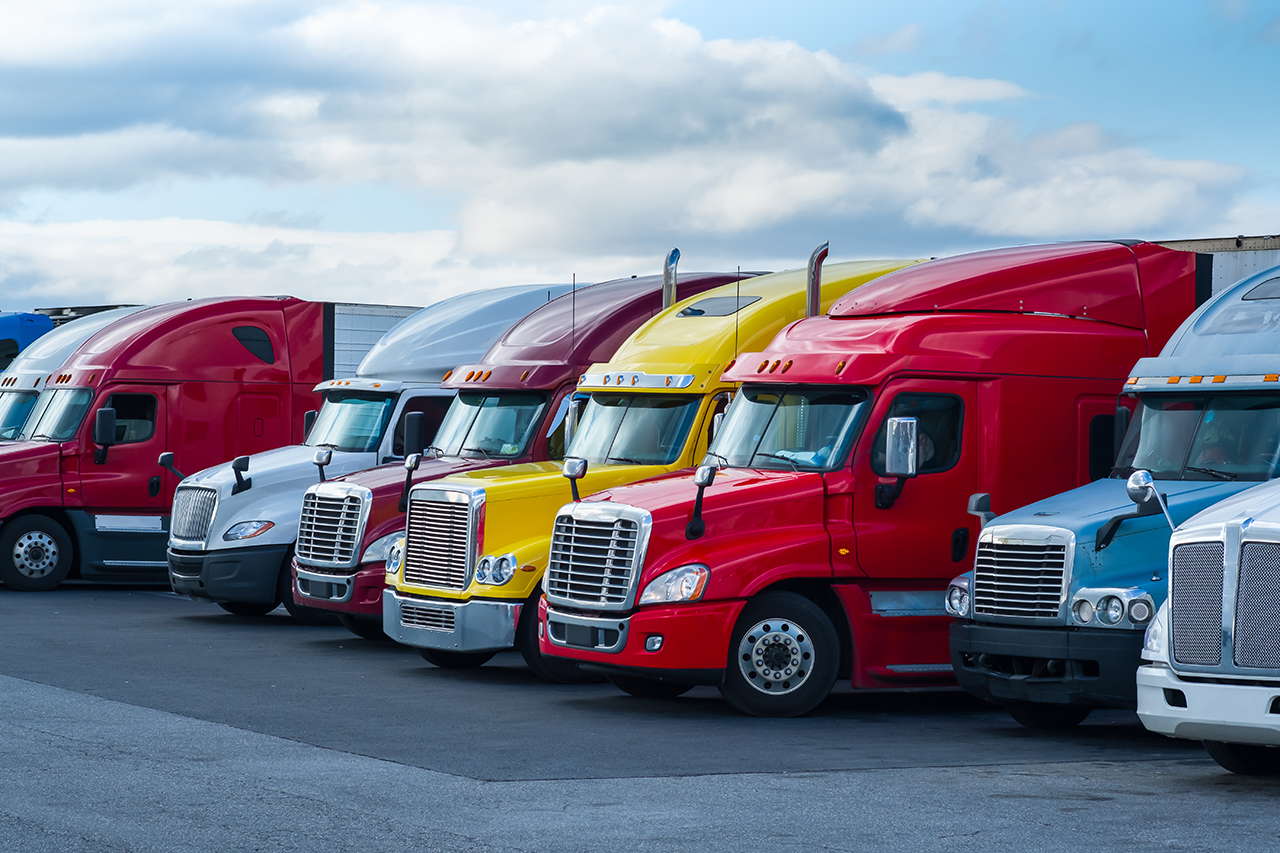 Intermodal Driver Shortages: What Can Be Done About Them?

A challenge that the intermodal industry has had for years is that of acquiring and retaining quality truckers. The commercial truck driving workforce has been shrinking due to a combination of factors, including aging drivers retiring and not enough younger people entering the field.

And that was before the coronavirus pandemic, which has deeply touched the driving industry, as it has many other occupational fields across the globe.

"COVID has had a large impact in different ways – one, last spring, it forced a lot of drivers to retire when things got slow for a few months," Peter Schneider, president, T.G.S. Logistics said. "Then, for our industry, since June, we can’t hire enough drivers to meet the demand we have."

Dr. Todd Simo, the managing director of Transportation and chief medical officer for employment background check and drug screening company HireRight said that COVID has been "a mixed issue" for motor carriers.

"Retention has been better since in economic uncertainty; drivers tend not to move from employer to employer," he explained. "However, due to this lack of movement, finding and attracting qualified drivers has been more difficult."

But even with a vaccine for the virus now in distribution, it doesn’t solve the underlying problem of driver retention. So, what can be done to find and attract qualified drivers?

"First, we need to lower the entry age from 21 to 19 so they can get into the industry out of high school," Schneider remarked. "Second the wage needs to keep increasing. Drivers make good money now, but they made great money in the '80s and '90s; then the wage went stagnant for 15-20 years. Wages have been going up recently, but they need to keep going another 10-20 percent."

Simo agreed that lowering the entry age for drivers to under 21 is a smart thing to do.

"Certainly, allowing people who are less than 21 years of age to obtain a CDL and be able to drive for interstate commerce is a good starting point," he said, before adding that employers need to place a greater emphasis on what a quality career truck driving is.

"I believe motor carriers in general need to start advertising the quality of life a driver can bring to his or her family," he remarked. "For example, starting pay is more than 30 percent above the average U.S. salary, and commercial driving is always in demand."

Regarding the under-21 issue, movement is already at hand, as the Federal Motor Carrier Safety Administration is currently testing a pilot program to allow people between the ages of 18 and 20 who have experience as a driver in a U.S. military branch to train for civilian commercial driving careers. There is also a proposal pending to expand the program to under-21 non-veteran drivers.

"Keeping drivers physically and mentally fit will help retain good drivers for longer periods of time. Additionally, having opportunities to maintain their fitness will make drivers feel that their employers are truly invested in them."
Dr. Todd Simo
HireRight

With respect to the Military Pilot program, veterans and reservists are allowed under the program to operate large trucks in interstate commerce – provided they possess the military equivalent of a CDL and are sponsored by a participating trucking company.

Under the Under 21 Pilot Program, as it is known, applicants are required to talk to carriers participating in the program and then obtain a commercial driver’s license before being hired. Upon employment, they then receive a FMCSA exemption letter stating authorization to drive interstate commerce. The employer then shares the program participant’s driving/safety data with FMCSA throughout the pilot.

The three-year program, which was announced in July 2018, is currently ongoing. Nearly three dozen companies across the U.S. are participating in the pilot by hiring and training under-21 veterans to work in interstate commerce truck driving.

"This is an amazing block of talent with unlimited potential," American Trucking Associations President and CEO Chris Spear said of under-21 military veteran drivers. "If our freedom can be defended from tyranny around the world by our men in women in uniform, many well below the age of 21, then it’s quite clear that we can train that same group how to safely and responsibly cross state lines in a commercial vehicle."

The veteran drivers program has inspired a similar pilot program, under which 18- to 20-year-olds who are not military veterans could operate commercial motor vehicles in interstate commerce.

The non-military program, which was proposed in September 2020 and is still pending final approval, would allow drivers to participate if they are 18- to 20-year-old commercial driver’s license holders who operate commercial vehicles in interstate commerce while taking part in a 120-hour probationary period and a subsequent 280-hour probationary period under an apprenticeship program established by an employer.

It is modeled after the Developing Responsible Individuals for a Vibrant Economy Act, federal legislation proposed by U.S. Sen. Todd Young (R-Indiana) that has bipartisan support. The pending bill, which was introduced in February 2019, would allow 18- to 20-year-old commercial driver’s license holders to operate commercial motor vehicles in interstate commerce while taking part in an apprenticeship program.

Also eligible to participate in the non-military driver program would be 19- and 20-year-old commercial drivers who have operated commercial vehicles in intrastate commerce for a minimum of one year and 25,000 miles.

The study group drivers would not be allowed to operate vehicles hauling passengers or hazardous materials or special configuration vehicles.

Currently, 49 states and the District of Columbia already allow 18- to 20-year-old CDL holders to operate commercial vehicles within state borders, such as from Philadelphia to Pittsburgh or from Oakland to San Francisco.

The new non-veteran program will allow the FMCSA "to carefully examine the safety, feasibility, and possible economic benefits of allowing 18- to 20-year-old drivers to operate in interstate commerce," FMCSA Deputy Administrator Wiley Deck explained in a statement. "Safety is always FMCSA’s top priority, so we encourage drivers, motor carriers and interested citizens to review this proposed new pilot program and share their thoughts and opinions."

"Allowing people who are less than 21 years of age to obtain a CDL is a great way to attract the next generation of intermodal trucking ambassadors," Simo added. "Plus, allowing younger drivers to come into the industry will help them to start building lifelong careers in transportation."

Both the American Trucking Associations and Intermodal Association of North America have taken positions in favor of lowering the age limit for commercial driving to 18.

In a 2017 driver shortage analysis, the ATA identified one of the largest factors contributing to the shortage to be the aging workforce – the average for hire over-the-road truckload driver is 49 years old. ATA noted that age restrictions are a deterrent to young drivers considering joining the commercial motor vehicle workforce.

The restricted age group, 18- to 21-year-olds, experiences the highest rate of unemployment but is unable to drive trucks in interstate commerce. By age 21, the legal interstate driving age, these individuals have found another career. Therefore, the industry has proposed lowering the interstate CMV operator age to 18 years old.

IANA’s position has been to continue monitoring driver age initiatives and, in conjunction and coordination with the ATA, support any legislation or regulations that would allow for drivers between the ages of 18 and 21 to enter into the interstate workforce, while maintaining safety.

"The reason that we want to reach people at the beginning of their work life is so we can present a career in trucking that can support their life and career over a longer period of time," he explained.

But even with a possible influx of younger drivers, there’s still the issue of experienced drivers leaving the industry. What can be done to keep them in the industry?

Simo said that a focus on driver wellness is paramount for employers.

"Keeping drivers physically and mentally fit will help retain good drivers for longer periods of time," he explained. "Additionally, having opportunities to maintain their fitness will make drivers feel that their employers are truly invested in them and that they can remain in the industry as their needs evolve."

"Pay is number one," he remarked. "When you can make 10, 15 or even 20 percent more driving OTR vs intermodal, that is a huge difference for your family."

Another way to retain drivers, he remarked, is fair treatment and respect. "Being nice," he said, "goes a long way."