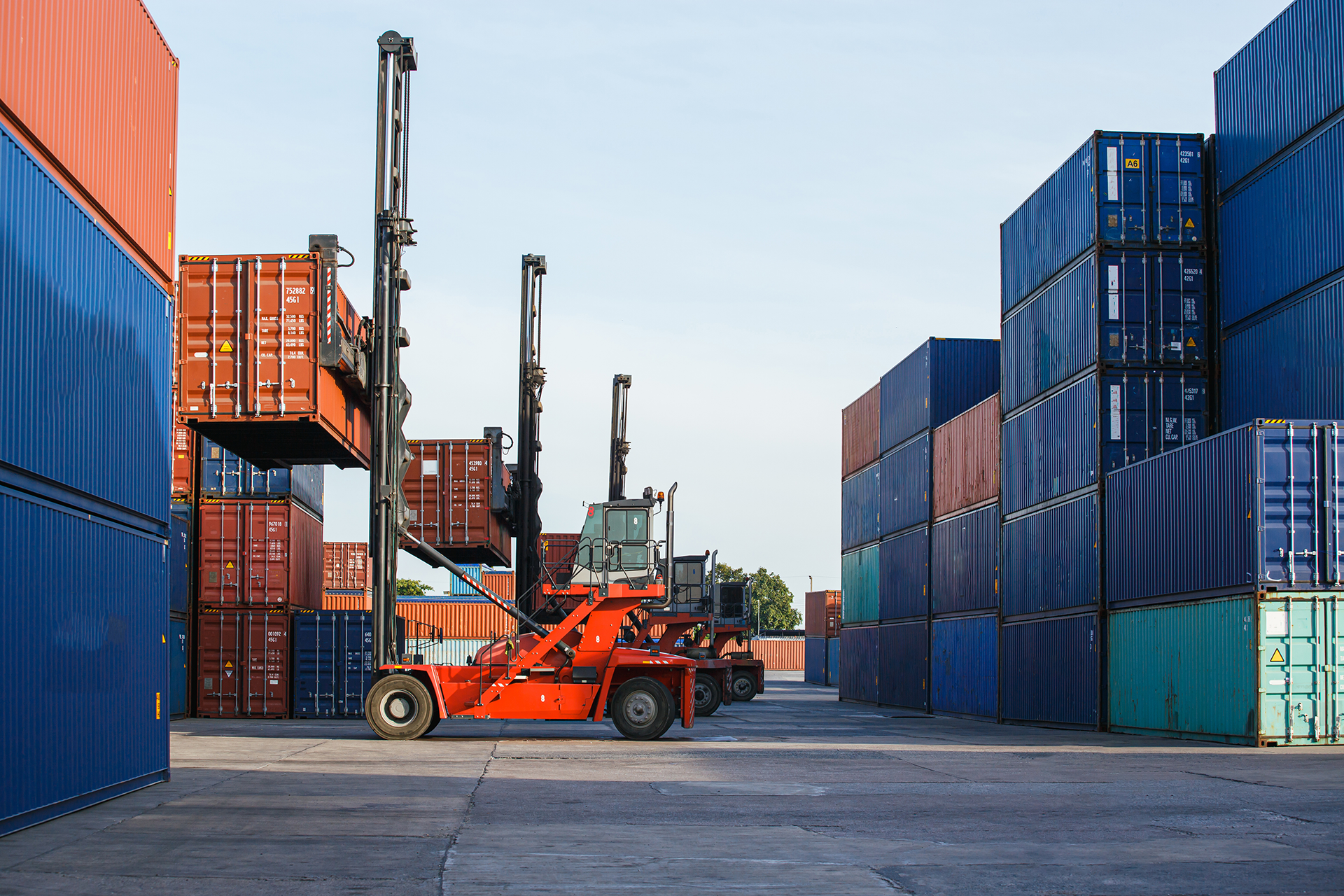 Congestion and cargo bottlenecks have been ongoing issues at some of the larger seaport terminals across North America for years. What can be done now and in the future to address these matters?

A number of experts and stakeholders told Intermodal Insights that there are a number of things that can and should be done.

One technique that’s been used increasingly at terminals in recent times is appointment systems for the picking up and dropping off of cargo. Doug Wray, vice president of Commercial for terminal operator Ports America said that appointments are best used as "a component of several systems" to aid in intermodal terminals’ efficiency.

"Aggregating the multiple types of technology utilized to manage a marine terminal into a singular portal for stakeholders to access and retrieve information will be a requirement to keep pace with an ever-evolving supply chain," he said. "Enhancements to appointment systems will also be an ongoing process, and with advancements in information sharing, stakeholders will see improvements in performance."

Eric Caris, director of Cargo Marketing at the Port of Los Angeles, added that truck appointments allow intermodal terminals to meter truck flows through the gate. However, he also mentioned the challenge of cancelled appointments, saying that outside factors can affect the percentage of such cancellations, such as shipping line empty return allocation at a specific terminal.

He also cited chassis dislocation as a cause of cancelled appointments, as well as double booking of appointments, to ensure a percentage of those bookings can be made.

Lisa Wheldon, director of Trade Development and Rail for JAXPORT, said that another technique for improving terminal efficiency is utilizing a "peel pile" system to separate containers into individual stacks that are organized by customer.

"Peel piles allow trucks to come in and pickup – or "peel off" – the first container that is available for their customer, rather than waiting for a specific container," she explained. "The process takes a little coordination on the front end, but pays off in efficiencies on the back end, especially during high-traffic pickup times."

She added that communication between BCOs and terminal operators is another important tool for maintaining terminal fluidity.

"Knowing the services your terminal operator offers is beneficial for BCOs, especially when time is of the essence," she explained. "If you have a hot box that you need in a hurry, the terminal operator may be willing to stage it or preload it onto a chassis. Knowing ahead of time if a container needs a chassis can help avoid chassis swaps and the extra time –and costs – associated with it."

Wray also offered some suggestions for cutting down on terminal congestion, including better coordination. All intermodal partners, he said, need to effectively utilize the information terminals are providing to manage terminals.

Among the extra measures the Port Authority of New York & New Jersey says it has been using to keep the supply chain fluid are: keeping marine terminals open on holidays; adding extra hours of operation on nights and weekends; infusing extra chassis into the network; working overtime to keep chassis units roadworthy; and adding empty rail cars into the intermodal network, including adding additional trains.

In addition, the port has been asking all terminals, depots, truckers, warehouses and other port partners to engage in certain measures, including extending and coordinating operating hours to match additional work times where applicable; proactively updating the availability of extra warehouse capacity or space to ground containers; making a special effort to ground containers to free up the chassis to support the inbound flow; and moving containers to off-terminal locations as quickly as possible to reduce inefficiencies for terminals.

At the Port of Los Angeles, increasing demand for goods brought on by consumers stuck at home due to the coronavirus pandemic led to an unprecedented container surge in the fourth quarter of 2020. Although cargo plummeted during the first five months of 2020 as the pandemic affected goods imported from China, container volumes rebounded in the final three months of the year, which saw imports at a record pace, according to the port.

And along with the rebound came an increase in congestion. Port officials, however, have said that it has added new measures to help deal with the challenge.

"With consumers continuing to stay at home and purchase goods rather than services, we expect robust activity on our docks to continue for at least several months," Port of Los Angeles Executive Director Gene Seroka said. "To help stakeholders manage the cargo influx, the port has introduced new data tools for asset planning, provided additional land for chassis and containers, and is working with cargo owners large and small to prioritize their shipments."

"If there is something we can do to prioritize goods, help find or move a box that will help a customer or consumer," Seroka said, "we’re going to do it."

In 2020, the Los Angeles-Long Beach seaport complex was subject to a terminal efficiency investigation led by Federal Maritime Commissioner Rebecca Dye. Among the recommendations the FMC eventually offered were that:

"Greater collaboration between ocean carriers and marine terminals will be critical to avoid cargo disruption and support a thriving American economy," Dye said in a statement.

Congestion hasn’t just been a marine terminal issue – railroads and warehousing have also been affected. Tight drayage capacity, as well as slowdowns in warehouse productivity due to pandemic safety protocols, labor shortages and high demand have all contributed to congestion, stakeholders have said.

In the fourth quarter of 2020, BNSF Railway and Norfolk Southern, facing a spike in intermodal volumes, intermittently utilized a temporary solution: placing caps on inbound loads at some of their busiest terminals to deal with congestion.

"The impacts of COVID on the supply chain are causing overall volumes for all segments to be at elevated levels at the same time, which creates increased pressure on terminals," the railroad explained in a statement.

Intermodal traffic is expected to remain at high levels through at least Chinese New Year in February, railroad executives and analysts have said.

But even with that being the case, BNSF and NS have made it clear that restricting cargo flow to deal with congestion is only a temporary measure, and that all stakeholders in the goods movement chain should work together on permanent, long-term solutions.

A comprehensive approach to finding solutions to container handling and congestion challenges was also suggested by some involved in other modes of goods transport.

"All of these stakeholders play a key role in the supply chain; no single entity can fix the issue," he continued, "but all stakeholders working together will be needed for material changes that improve the situation."

His words were echoed by the POLA’s Caris.

Caris did state, however, that although such things are collaborative efforts, ports can sometimes act as driving forces.

"Port authorities are often the convenors of meetings and can provide incentives to drive changes," he said.

The Port Authority of New York & New Jersey has been one of the ports seeking to drive change. The port, which handled record-breaking monthly cargo a few times in the second half of 2020, primarily due to COVID-related reasons such as retailers replenishing depleted stocks and a transition to the "stay at home" economy, has been asking all terminals, depots, truckers, warehouses and other partners to engage in certain measures to keep the supply chain fluid.

"The maritime cargo supply chain’s resiliency has been encouraging as we collectively navigate through the pandemic, and it is at times like this that the interconnectedness of the various supply chain handoffs is evident," the port said in a statement. "Our partners are united in managing these extraordinary volumes and handling tight capacity throughout the supply chain to keep commerce moving."

Wray seemed optimistic that as communication between goods movement stakeholders improves, so will congestion relief measures.

"The ability to utilize information available to manage the needs of the supply chain is there and will only improve with time," he said. "Utilizing the information will be a key component of reducing terminal congestion as supply chains continue to evolve."