IMO 2020 FUEL RULES—WHAT HAS BEEN THE MARKET EFFECT? 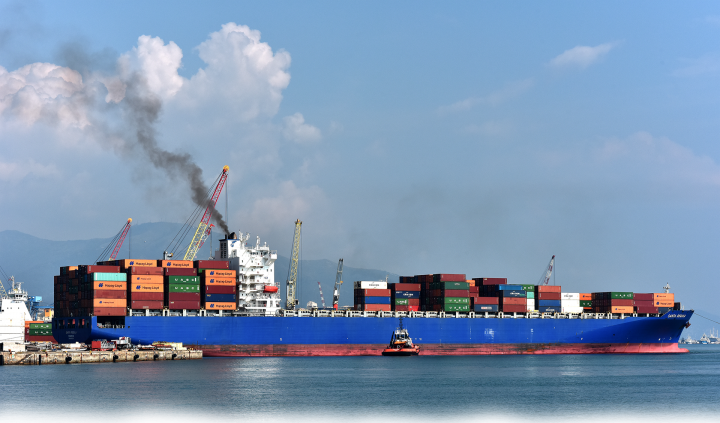 IMO 2020 Fuel Rules — What Has Been the Market Effect?

Starting Jan. 1, the International Maritime Organization began banning ships from using fuels with a sulfur content above 0.5%, compared with the previous limit of 3.5%.

Only ships outfitted with sulfur-cleaning devices—commonly known as scrubbers—are now allowed to continue using high-sulfur fuel. IMO 2020 also permits ship owners to opt for other sources of cleaner fuel for their ships, such as liquefied natural gas.

Before the IMO 2020 rules went into effect, the new limits on sulfur content in marine fuels were predicted to have a significant impact on the fuel markets. With the year now more than halfway over, we are taking a look at whether these forecasts have come true.

One question is "Has the switchover to low-sulfur fuels been smooth so far, or have there been challenges?" The head of air pollution and energy efficiency for the IMO, Roel Hoenders, told Intermodal Insights that the Maritime Organization isn’t aware of any specific difficulties that have occurred during the transition.

"Preparation was intense," he said. "Member states, the shipping industry, bunker suppliers and the refinery industry worked closely together on a wide range of IMO guidelines throughout 2019, and it seems to have gone very smoothly." Also, he said, the availability of compliant fuel also seems positive: since Jan. 1, the IMO has received notification of 48 FONARs, fuel oil non availability reports, related to the supply of <0.50% sulfur fuel oil, indicating there’s widespread global availability of compliant fuels.

Likewise, Anne Marie Kappel, vice president, World Shipping Council, said she is not aware of any issues, but she also doesn’t rule out the possibility that some challenges have taken place.

"We are not aware of major supply or implementation problems; however, it is possible that there were some availability issues in specific locations, which would not be unusual as the market changed over," she said.

"The switchover has been smooth," André Zimmermann, spokesman for container shipping company Hapag-Lloyd AG, told Insights. "The vast majority of our fleet, approximately 95%, uses compliant fuels with a maximum sulfur content of 0.5%, which emit over 70% less sulfur oxides than the heavy fuel oil previously in use."

On top of that, he said, they are also testing two other options for being compliant; one is retrofitting 10 of its vessels with exhaust gas purification systems to allow them to continue bunkering with the less expensive fuel having a higher sulfur content, which can then be desulfurized on board the ship. Second is retrofitting one of its 17 LNG-ready vessels to operate using liquefied natural gas.

Mikkel Elbek Linnet, spokesman for Danish shipping company Maersk, also remarked that due to advanced planning his company has had very few issues during the changeover.

"We have not experienced issues with regards to performance or fuel availability, and our crews quickly resolved the very few, minor technical issues experienced during the switchover process," he explained. "We began preparations for switching over in 2018 and had more than 20 vessels perform tests at sea during 2019. Further, we have lab-tested a broad range of fuel formulations to determine optimal blends for our vessels."

Another question has been whether wild price swings in oil markets affected the implementation of IMO 2020. Experts interviewed said no, nor should it have.

However, Lars Jensen, the CEO of SeaIntelligence Consulting, told Intermodal Insights that the implementation seemed to be very effective right from the get-go, in part because of shifts in fuel prices.

"The legislation went into effect in January, and that’s actually when the [fuel] price swing went upwards. Low-sulfur fuel became even more expensive than market participants had expected," he said. "Subsequently what has happened with the wild price swings is that the price of low-sulfur fuel has fallen through the floor and we are now at a point where it is literally cheaper than the normal heavy fuel was at the same time last year. So, from the point of implementation, the price swings haven’t really affected the implementation as such."

Another factor, he said, is how failure to comply with the regulations can result in fines or vessels being detained, which could affect vital requirements for carriers like insurance coverage.

"One of the reasons this appears to have been effective right from the get-go is it became clear to all stakeholders that this was a rule that was also going to be enforced, not necessarily by every single government around the world, but by enough [of them]," Jensen said. "So, from a container shipping line perspective, there was the extreme likelihood that if you were to violate the rules, you would also get caught doing it. I think part of its success was firmly rooted in the fact that there was a strong willingness by a substantial number of countries around the world to actually back this up with enforcement."

Also, before the switchover, there was a widespread expectation that intermodal rates overall would be affected by IMO 2020. But there’s been no indication whether that has turned out to be the case, some say.

"No, we do not see that intermodal rates have been affected by IMO 2020," Zimmermann said.

"It has not happened yet," Craig Bailey, president of freight forwarder Transport Services & Logistics Canada, said. "Not to say it won’t happen. I think it will happen; I’m just not sure when."

And with the COVID-19 global pandemic striking in the first quarter, Hoenders said, it is hard to say what other issues might be at play when it comes to rates.

"I would take a wild guess that intermodal rates are probably a lot more affected by the pandemic than low-sulfur fuel right now," Jensen added.

With the year now more than halfway over, has there been any evidence so far that the switch has helped improve air quality? Hoenders said that the novel coronavirus also plays a part in pollution reductions that have occurred since early in the year.

"We know that studies showed the projected improvement in air quality," he said. "We also hear reports that air quality has improved globally from reduced economic activity due to COVID-19—e.g., reductions in air transport and road transport in port areas—making it more difficult to assess the contribution of IMO 2020. We have to wait to see the reports and monitoring studies."

"I think part of [IMO 2020’s] success was firmly rooted in the fact that there was a strong willingness by a substantial number of countries around the world to actually back this up with enforcement."
Lars Jensen
SeaIntelligence Consulting

"The magnitude of sulfur emissions reduced through the regulation is so significant that sulfur levels in the atmosphere would fall absent inputs from other sources," she explained. "The degree and magnitude of air quality improvements would vary geographically depending on shipping traffic density and whether a given area already had established an Emission Control Area, which under MARPOL Annex VI requires more stringent sulfur limitations." Jensen said that with the IMO 2020 rule having been in place for several months now, it makes sense to think that the amount of sulfur in the air has diminished.

"Given the fact that only a minority of ships have sulfur scrubbers onboard—most ships are running on low-sulfur fuel—which in itself would seem to imply that clearly sulfur in the air must have come down, because you’re just not putting it out there," he said.