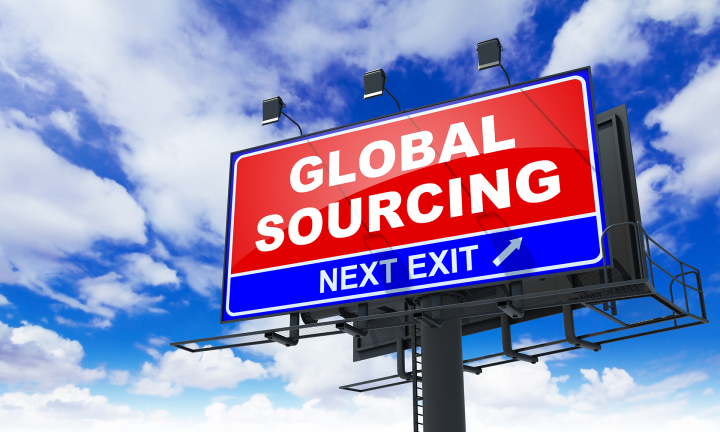 Even before the COVID-19 pandemic affected goods shipping across the globe, there appeared to be shifts in supply chain sourcing within North America.

This notion has led to various questions, such as what the prospects are for greater onshoring of production capacity and what intermodal providers need to consider in adjusting their business practices to address global sourcing changes.

Some have observed manufacturing shifting back to the U.S. from Asia and elsewhere, Ben Katz, vice president of sales with equipment manufacturer Cheetah Chassis told Intermodal Insights.

"I believe that this trend will continue," Katz said. "The trend toward on-shoring could lead to increased volumes for domestic intermodal carriers, especially if the price of fuel goes up."

Lawrence Gross, president, Gross Transportation Consulting, said he agrees to an extent, but that that any permanent changes in supply chain sourcing will be gradual. In an analysis first published in May by the Journal of Commerce,

Gross said that forces have been set in motion that will "slowly but inexorably change the status quo in myriad ways." One of the more significant changes, he wrote, will be a great dispersal insofar as where freight is coming from and where it is going.

"This will cause changes across the economic spectrum, and intermodal will not be immune," he predicts. "The current intermodal focus on running the simplest possible network of the largest trains will also need to change in the years to come in order to adapt to this new reality."

The creation of an alternative supply chain strategy to replace China as the focal source will take years, he said, comparing the changes to the tectonic movements of the Earth’s crust: "generally so slow as to be invisible, but also inexorable and with results that become clearly visible over time and ‘inevitable’ when looked at in hindsight."

A less China-centric outlook could include sourcing from countries in Southeast Asia, particularly Vietnam, as well as more consideration of the nascent trends of nearshoring – the practice of transferring a business operation to a nearby country over a country further away; and reshoring, the act of moving a business operation that was positioned overseas back to the country from which it was originally located.

All of these, Gross said, could mean more fragmentation of trade flows, with the splintering lessening the reliance on ultra-large containerships.

ort of Los Angeles spokesman Phillip Sanfield confirmed that since the onset of the trade policy dispute between the U.S. and China, the POLA has seen incremental shifts in trade patterns.

"Vietnam and other countries have picked up some of manufacturing that had been done in China, but it has not made up for the significant loss in trade with China," he explained. "These incremental shifts in trade patterns to other countries gives importers the option of using the Suez Canal, thus potentially shifting some cargo to East Coast ports."

Depending on future and long-term U.S. trade policy, potential longer-term shifts in some cargo could occur, Sanfield said.

Regarding the issue of what intermodal providers can do to adjust their business practices to capitalize on or cope with global sourcing changes, Georgia Ports Authority spokesman Edward Fulford said diversification in sourcing will be key.

"For global sourcing suppliers, relying on one country for all sourcing is like putting all their money in one stock," he explained. "Varied origins for manufacturing components or finished goods act as an insurance policy so that if one aspect of a supply chain is interrupted, the entire supply chain doesn’t fall."

Moving production away from a single source, he said, gives the shipper greater choice on which coast to land cargo, which would dictate volume at a given port.

"Over the long term, as production shifts farther to the west in Asia, those goods will be more likely to flow through the Suez Canal, and therefore more likely to call on U.S. East Coast ports," he predicted.

"Domestic rail providers serving the Eastern U.S. may see a benefit in these shifts as more cargo enters via gateways such as the Port of Savannah," he added.

Before the pandemic, there was discussion about how U.S.-China trade friction, caused in part by tariffs, would shift production to other countries and potentially shift cargo flows from West Coast ports to East Coast ports. Katz said his company has indeed seen a shift in manufacturing from China to Vietnam over the past several months.

"I believe that in many cases these changes are permanent," he remarked.

Port of Long Beach Deputy Executive Director Noel Hacegaba, however, explained that although production shifts were intensified by the ongoing international trade dispute, the swing itself had been set in motion years earlier.

"We saw the U.S.-China trade war accelerate this shift in 2019 as importers adjusted their supply chains," he said. "Imports from countries like Vietnam and Thailand grew by triple digits year-over-year, while imports from China sustained double-digit declines."

The declines from China continued through the first half of 2020 as a result of the pandemic’s impact on China’s manufacturing sector, Hacegaba said.

"Although the shift has accelerated, it will be some time before the shift reaches critical mass," he explained. "To close the gap with China, counties like Vietnam and Thailand will have to grow their production capacity by two to four times their current state."

"As importers continue to look for ways to lower cost and manage risk," Hacegaba said, "the manufacturing shift will continue."

Fulford, however, has a differing perspective.

"It is too early to determine the extent and permanency of these shifts," he stated. "Any moves to relocate manufacturing to new origin countries will be gradual, as industries need time to transition operations."

And even though changes in supply chain sourcing were evident before the current pandemic, the novel coronavirus has had its own effect on intermodal up to this point due in part to many manufacturing businesses in China shutting down for several weeks during the first quarter of the year.

"COVID-19 has definitely made doing international business more difficult," Katz proclaimed. "But once the pandemic is over, I would expect to see international intermodal shipments pick up."

Gross said that what the gradual shifts will probably mean for intermodal is continued dispersion of freight flows.

"Smaller metro areas will grow at the expense of large cities. Inventories will continue to move closer to the point of consumption," he wrote in his analysis. "Imports will grow only at the rate of growth in the domestic economy, or perhaps slower. The west-to-east migration of imports will likely continue as sourcing moves away from China. The mega-ship trend will recede and ships will eventually settle into the 11,000 to 14,000 TEU range, perhaps smoothing out cargo flows," he predicted.

"The bottom line is that amalgamating volumes into mega-trains will become more difficult over time," Gross’ analysis states. "Freight will become more dispersed both geographically and temporally. Intermodal can certainly compete in this changing environment. There will be opportunities created."

"For instance," he explained, "the transportation content of the multi-step process of sourcing and manufacturing an item here at home will be much greater than the one-shot movement of an imported finished product from port to point of consumption."

The market available to domestic intermodal, therefore, could increase, Gross said, pointing out that north-south flows may grow as more production returns to North America. But tapping this market, he advised, will require more agility and some altered thinking.

"The world in which intermodal will compete will become more complex and demanding," he said. "A one-size-fits-all approach won’t turn out to be the optimal plan."