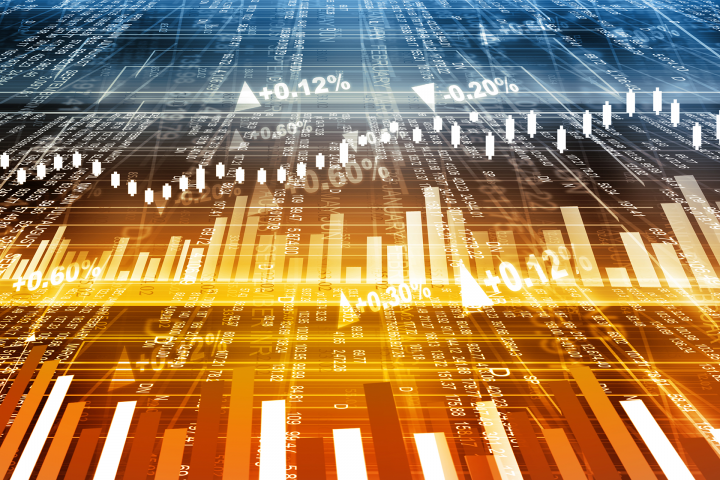 Across the intermodal spectrum, a broad consensus is emerging that favorable economic and freight market conditions throughout 2018 will continue into next year, whether the assessment comes from companies, industry experts or economists.

"A strong economic environment coupled with a tight truck market continues to drive demand for Norfolk Southern's intermodal franchise, resulting in significant growth," said Alan Shaw, executive vice president. "The underlying economy as represented in the macro numbers is very strong, which gives us a lot of confidence in our volumes and our revenue in the fourth quarter and well into 2019."

Jason Hess, vice president – premium at Union Pacific Railroad, offered another positive assessment. "We have been pleased with the strength we have seen in our intermodal segment in 2018," he said. "We have seen strong consumer demand with a tight truck market and that opened up new opportunities for intermodal."

Chief Innovation Officer Brian Hancock at Kansas City Southern, where intermodal volume rose 6 percent over three quarters, said, "We feel very comfortable that 2019 is going to continue to be a year where volumes will be strong."

From the trucker’s standpoint, the picture also is favorable.

"When we look at demand from our company’s perspective rather than the industry as a whole, intermodal in 2018 has been strong," said Chris Giltz, senior vice president of operations for the Evans Network of Companies. "Part of that seems to be from a strong economy and part of that seems to be an impact of electronic logs. We do hear some talk about freight slowing, but so far our biggest issue is having enough drivers to satisfy demand."

Intermodal benefited this year due to tight trucking capacity, said Evan Armstrong, who heads Armstrong & Associates and is an expert on 3PLs and logistics. One issue Armstrong cited was the lingering perception that intermodal is a least-cost, lower service option. From a 3PL perspective, that’s a liability in today’s increasingly demanding freight market, Armstrong said, which can best be countered in reality by improving rail service and establishing more delivery consistency.

Chassis issues at ports also have been a challenge.

"Service improvement involves all stakeholders and it’s tied to asset utilization and reliability," Hess said. "We know we need to move our assets (boxes) faster and more efficiently into 2019 and beyond. On October 1, we initiated a new strategy called Unified Plan 2020. We believe if we can improve our reliability and efficiency, we will be able to shift more business from over-the-road to intermodal."

"The CSX intermodal strategy is to improve the overall efficiency of the network, provide consistent service to customers, and prepare the network for sustainable growth now and in the future," CSX said. "By focusing on the health of the network through sustained improvements to velocity and throughput, all aspects of the railroad improve."

Volume growth will continue in 2019, said Larry Gross, president of Gross Transportation Consulting, but the pace of growth will slow as market conditions change.

"The battleground is going to shift next year," said Gross, from the 2018 market that was helped by particularly strong international freight during the first half of the year and tight domestic capacity that boosted intermodal despite equipment shortages and service stumbles.

"This year, an intermodal sales genius was anyone with a phone and an empty container," Gross said. "Next year, with more normal trucking market conditions, intermodal’s performance will depend more on the quality of the service product and pricing."

Trucking market capacity will become more adequate as new equipment is added to the OTR fleet, Gross believes, potentially reducing diversion to intermodal. Gross noted that intermodal certainly has proved on many occasions in the past that improvements can be achieved and consistent service can be delivered.

One improvement Gross wants to see is a new service metric to measure that consistency. At present, railroads report average train speed, which Gross compared to how fast a plane flies.

"What I really want to know is ‘will the shipment/flight arrive when promised, and are you going to annul the train/flight?’" he said.

"Intermodal use [by 3PLs] should be similar to this year," Armstrong said. "If imports slow down due to the China trade war, it will be a slow growth year for intermodal. Increases in OTR trucking capacity could also be a headwind."

From the international perspective, Daniel Hackett, a principal at Hackett Associates, said 2018 is shaping up to be a solid year for North American imports, with 4.5 percent year over year growth at major ports tracked by the consulting firm. Hackett is predicting a similar growth pace for the first half of next year, though a breakdown in trade talks could lead to a decrease in volume.

Bill Strauss at the Federal Reserve Bank of Chicago believes that the overall strength in economic conditions in 2019 should continue to drive growth in the freight market. He cited factors such as steady reductions in the unemployment rate, higher gross domestic product and an appetite on the part of businesses and consumers alike to spend. Another positive is that the rapid growth in the economy is coming at a steady pace, unlike the housing market "bubble" and financial market collapse in 2007 and 2008.

James Meil, principal, industry analysis at ACT Research, anticipates that freight volume next year across all modes will exceed 2018, but the rate of growth will be lower than 2018.

Like Strauss, he believes stronger manufacturing, as well as rising consumer and business confidence, will help to drive the economy forward. Also on the positive side, business spending was spurred by the tax cut this year and that should continue in 2019. Home prices, the stock market and the job market all are in good shape as well.

Strauss expressed surprise that manufacturers haven’t been concerned about their ability to increase prices, saying his contacts have told him they could successfully pass along price increases. He also believes that a shortage of skilled workers and rising wages will spark manufacturers to find alternatives that improve productivity.

However, complex issues such as tariffs, energy prices and interest rates also must be considered.

On the other hand, Strauss noted that rising energy prices at a time of low inflation are a positive because they represent a sign of strength in the economy that is occurring as more jobs are added to the U.S. workforce and more spending is generated.

Meil noted that additional interest rate increases by the Federal Reserve could spark a slowdown in the growth of the economy by raising prices for home buyers and cutting down the amount of goods purchased, such as appliances, as a result of housing activity.

Strauss offered a broad perspective on tariffs. Increased tariffs have some negative impacts on trade, but they do benefit the group that is being protected, such as domestic steel makers, he said. Because tariff levels were relatively low in the U.S. and the increases at least for now are not that great, he believes tariffs alone aren’t a big enough issue to create worry that the economic expansion will end.

"Much depends on how the trade war goes: will we see the tariffs increase from 10 percent to 25 percent on January 1st?" Hackett said. "At the moment retailers have been able to absorb some of the additional costs, but at 25 percent everyone will feel the pain. Some of the cargo impacted by tariffs may well find other markets, but at the end of the day we are talking about the world’s two largest economies [U.S. and China].