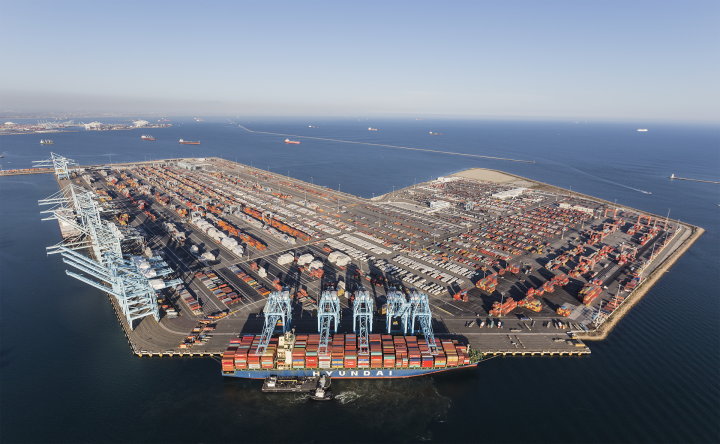 As 2020 begins, the intermodal industry is moving on a wide range of fronts to further enhance the efficiency and productivity of terminal operations. Industry experts summed up the wide-ranging nature of those improvement efforts in comments to Intermodal Insights.

John Gray, president of Rail Management Services, emphasized the multiple opportunities to improve productivity and throughput. They include further implementation of technology such as equipment tracking, modern lift equipment, improved terminal layouts and practices that minimize the constant movement of empty chassis. He noted the improvements are focused on automation-related technology, facilities investments, ongoing steps to ensure roadable equipment that enhances driver safety and a range of other targeted initiatives.

"All terminal processes such as interchange inspections, container lift handling, intra-terminal transport, railcar switching and train spotting, can potentially be automated," said Gerry Bisaillon, vice president of optimization and engineering for REMPREX. Automation will usher in still more benefits, such as the "smart park" to schedule and execute container delivery and pickup to and from nearby distribution centers.

Mark Bromley, vice president of intermodal at Tideworks envisions automation in multiple scenarios, including cranes, yard and over-the-road trucks and the interbox connector work process as well as operating systems.

Jon Poelma, managing director of APM Terminals, Port Elizabeth, N.J., stressed the value of better visibility through RFID and GPS that facilitate what he termed the "proactive and productive deployment of container handling equipment rather than reactive assistance. We have a heavy focus on executing on our Next Generation Technology initiatives that will facilitate more efficient and safer terminal operations."

"There is a significant investment associated with this technology," Poelma added.

"However, operational demands and volumes require a better way of doing things.

Roadablility continues to be a focus of terminal operations improvement as well.

Bisaillon said there have been improvements in roadability due to better markings, signage and more standardized safety processes, but he added that "despite the benefits mentioned above, there is still much room for improvement on chassis condition."

"Roadability plays a key role before equipment leaves our terminal onto public roads," Poelma said. "The IEPs are adapting to the new approach — off terminal locations. Motor carriers are now able to pick up good working order chassis with roadability stops eliminated."

McQuillan pointed out that even 10 years after the implementation of roadability rules, a small percentage of chassis are found to have roadability issues, with drivers continuing to have the task of identifying them.

"As an industry we need to continue looking for ways to streamline the roadability process, while keeping drivers and roads safe for everyone," Bromley said. "Roadability will continue to be an extremely important safety consideration, but it may impact terminal operations less over time."

Facility improvements are making a difference as well.

"Enhancing our operations will come from the way we use our investments and the changes we make in our operations to drive greater efficiency and reliability," he said.

Harris and others cited additional specific steps that are being taken, or planned.

He explained that the port’s Pro-Pass website enables drivers to reserve a chassis and check availability through a regularly updated chassis matrix and manage returns/pickups.

KCS’s Carlson shared "the vision of offering valet services to dray carriers will improve safety by eliminating non-terminal drivers from the operating ramp. Our goal is to develop technology and processes to eliminate the gate processes completely."

Bisaillon identified steps such as optimization of operations through technology-based decision making and enhancements in terminal configuration, layout and condition.

Bromley believes "there is great potential and applicability in our industry with augmented reality. Though virtual reality is able to extend possibilities in areas such as training, simulation, etc., we believe augmented reality will become a much bigger technology disruptor."

The railroad recently began using an app that allows precheck before gate arrival for draymen, enhancing their ability to avoid congestion and have a smoother, faster terminal experience, Crowther said. The new app is available systemwide. To enhance the driver experience, railroad officials also emphasize regular meetings with drayage fleets to discuss best practices and other matters.

Improvements outside the terminal such as more reliable linehaul service maximize the value of operational enhancements inside them, several officials said.

Carlson stressed the benefit of precision scheduled railroading in both planning and executing loading and unloading without causing extended dwell.

Crowther also emphasized the importance of the line-haul network in delivering high quality service, using innovations such as track inspection equipment that moves in regularly scheduled trains and portals that are used to detect defects on freight equipment.

Harris and Carlson also noted the importance of addressing customer needs as terminal improvements are made.

"One of the first steps we take is to maintain constant communication with our port users to help us understand their needs today, tomorrow and in 10 years," Harris said. "Our focus is on improving the customer’s/port user’s experience, driving throughput, taking care of the cargo and remaining safe in the process."

Innovation and long-term strategic planning that are combined with understanding the immediate-, medium- and long-term needs of customers will maximize the benefit of operational improvements, he said.

Carlson stressed the benefits to customers through improved predictability of loading, as well as container availability times that enable shippers to better plan deliveries and pickups.