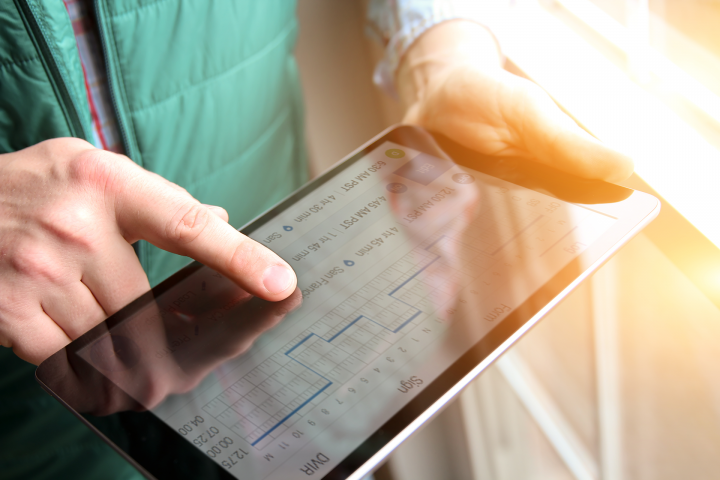 The electronic logging device mandate eventually should cause intermodal customers to become more efficient users of drivers and equipment, but it is still unclear when – and by how much – turn times and productivity will actually improve.

A wide range of industry officials delivered that message as the one-year anniversary of the ELD mandate approaches in December.

"The production of ELDs transformed the trucking industry," said Ted Prince, chief operating officer at Tiger Cool Express, by imposing increased hours of service rule compliance and increasing attention to how drivers’ time is used. "However, customer behavior hasn’t changed much yet. It would be nice if shippers had an epiphany and delays would be reduced."

"We haven’t seen much improvement yet, but drivers are using the data to have more discussions with shippers, rail yards and ports because they have empirical information about delays," said Norm Ellis, president of supplier EROAD. He noted, however, that clear benefits in terms of unloading, dispatching, scheduling and parking space have emerged when customers make proactive changes.

However, he said it is certain that "ELDs and the accurate data that comes from them is shining a light on specific issues that impact turn times and the ability to stay on schedule — traffic, weather delays, lines at ports and detention time."

Greg Stefflre, co-founder of Rail Delivery Services, also told Intermodal Insights that it is still unclear how much effect ELDs will have on improving turn times.

Weston LaBar, executive director of the Harbor Trucking Association, also said there aren’t any apparent direct effects of ELDs on turn times yet.

"That said, we still don’t know what the long-term impacts on turn times will be," he added. "We’ve had discussions with the terminal operators and port authorities on potential impacts and the need for trucking facilities so truckers can take their breaks in safe locations and not create gate congestion."

Beth Rooney, assistant director at the Port Authority of New York and New Jersey, emphasized the intermodal impact of the ELD mandate, despite the 100-mile exemption. She said that in her region about 60 percent of shipments stay within that radius, but changes in trucking operations are still occurring in order to maintain HOS compliance. That has led some fleets to pull containers from the port the night before a scheduled morning delivery.

Another change is occurring on longer hauls that now need to be done in two days instead of one to maintain HOS compliance, she added.

"It’s a real hodgepodge," she said, though she is confident that over time the improvements related to ELDs will help to manage drivers’ hours.

Many shippers seem indifferent to the mandate as long as their cargo moves, she said, while others are finding that they are being held accountable for delays.

One bright spot has been a 45 percent reduction in turn times at Global Container Terminals after scheduled appointments were introduced there, Rooney said, which has helped drivers to better use their allowable HOS, whether or not they have ELDs.

Other terminals in the region are moving to institute appointment systems as well, including Port Newark Container Terminal and APM Terminals.

"Turn times can only be improved by focusing on the valuable time of drivers that wait at their locations," said Michael Smith, president of ContainerPort Group. "Since drivers’ hours of service are regulated, it benefits [beneficial cargo owners] to improve turn times to optimize the driver’s utilization." Smith underscored the importance of addressing situations where turn times are being lengthened because of the mandate.

"It is a big issue," he said. "The area of concern is drivers trying to coordinate getting the 30-minute rest break while at the ports. Drivers often are able to get close to 30 consecutive minutes off-duty, and are asked to move the vehicle before the 30 minutes is reached. This nullifies the 30-minute break period."

Smith explained that the problem is the lack of designated areas on the docks where the break can be taken, a problem that could be solved by exempting drayage drivers from that rest break requirement.

He also described a disturbing occurrence – the apparent increase in speeding and moving violations as drivers have to try to compensate for delays caused at terminals or at shippers’ docks.

"Drivers are saying to dispatchers, 'Get me out of this place,' when they are being held up," he said. Delays of as much as four hours have occurred.

He fears that the wasted time and inefficiency will prompt some drivers to switch to over-the-road service, even though they prefer to be home every night.

Stefflre noted some related fears – and the eventual consequences. "ELDs have made deep cuts into driver recruiting in the independent contractor ranks," he said.

Prince illustrated the unique complexity and challenges that intermodal operators can encounter as they try to address the twin issues of turn times and productivity. Shippers think, for example, that they are solving the carrier’s delay problems by offering a drop-and-hook, Prince said. However, that can lead to even more delays and inefficiency unless there is steady freight for that particular shipper, because an intermodal trucker will be forced to make one or possibly two costly and wasteful bobtail trips to move that dropped box.

Shippers recognize that over-the-road carriers can’t do a drop-and-hook, and treat intermodal truckers differently because they know drayage drivers can handle that approach, he added.

The challenge is magnified by the fact that shippers, whose distribution space often is at a premium, too often can set unloading or loading times that aren’t coordinated well with shipment availability at rail terminals.

The result can be a decrease in turn times and utilization for all parties since those constraints make it more difficult for motor carriers to remain compliant with HOS rules.

"The truth is that ELD data provides an opportunity to show where minutes can be saved," said Steve Vaughn, national director of field operations for HELP Inc., who stressed widespread benefits whenever turn times can be improved.

"There is a benefit to carriers and drivers of respectfully sharing with shippers and consignees the delay time spent waiting for access to a dock, loading and unloading," he said. "Carriers and drivers can then work with ports, terminals and BCOs for joint solutions that drive inefficiencies out of that system for everyone's benefit. These benefits include reduced turn times for carriers and drivers, while BCOs receive cargo faster and more reliably.

"Reducing truck turn times brings increased efficiency in both the delivery of intermodal containers to BCOs and the terminal operation," Vaughn added. "Intermodal truckers can handle more containers per day/week when their time conducting the exchange is reduced. That means an improvement overall in timeliness of delivery to the BCOs. In addition, BCOs can more efficiently plan work schedules in the warehouse knowing more accurately when containers will arrive."

Ellis said ELDs should be particularly helpful for smaller motor carriers and brokers who rely on them, because the devices are connected to other technology that provides data on engine performance. That information can be used to improve service through predictive analytics that can reduce a costly en route failure and roadside delay.