ELD MANDATE: ONE YEAR LATER, HOW HAS IT CHANGED INTERMODAL? 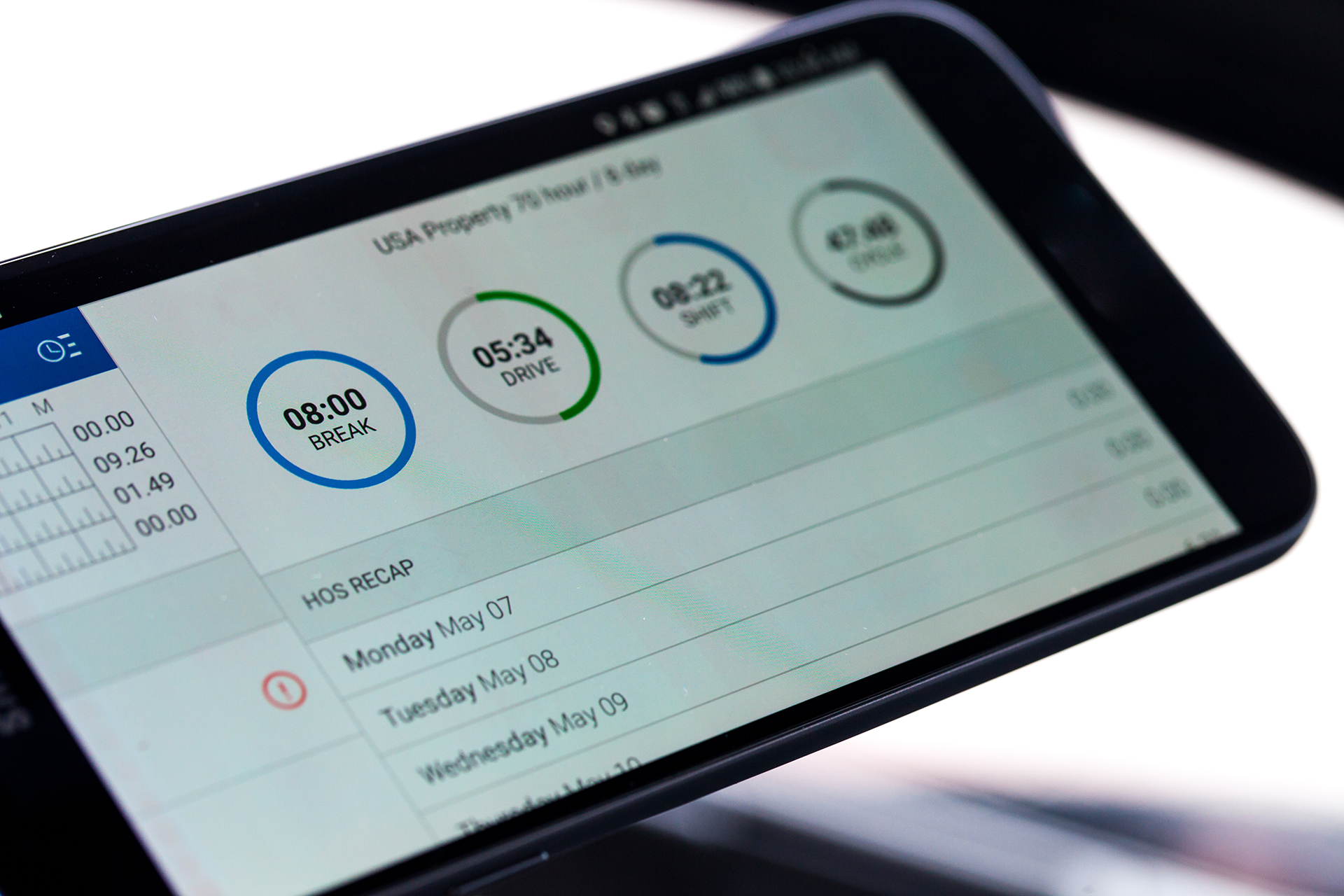 ELD Mandate: One Year Later, How Has It Changed Intermodal?

It was just about a year ago, in December 2019, that full compliance of the federal Electronic Logging Device mandate went into effect. How has the ELD mandate changed the trucking industry over the past 12 months?

Intermodal industry veterans and observers told Intermodal Insights that ELDs have impacted the way that drivers work, and use of the devices has had multiple effects.

"It made drivers become more compliant with hours of service rules, as the ability to fudge the logs has been greatly reduced," Randal O’Neill, a senior vice president with Hub International Transportation Insurance Services said.

Brian Andalman, the vice president of carrier sales and truckload support for logistics services provider and 3PL GlobalTranz, said that since many of the larger asset-based carriers had been working with either ELDs or AOBRD for years prior to the mandate, the effects felt over the past 12 months were mainly on small to mid-size carriers as well as the owner-operator carrier community.

"It required new investments in the ELD technology itself as well as training on how to use it properly," he commented.

Among the companies that had put ELDs into use years before the full compliance requirement was C.R. England. Kevin Carlisle, the company’s director of compliance, and Brandon Leonard, president – intermodal, both said that from an intermodal third-party drayage perspective, ELDs have had two effects: contributing to the limit of availability on late-night or early morning moves; and saving time on the driver’s HOS clock that used to be devoted to logging their hours.

"For example," she said, "Rand McNally’s platform provides drivers with a simple and reliable way to send and receive messages and documents, among other things. This new technology eliminates the need to place calls between the driver and back office."

ELDs do not have the support of all, however. Owner-Operator Independent Drivers Association spokeswoman Norita Taylor said there’s no indication so far that the devices have made trucking safer, and that there have been negative effects on truckers so far.

"Some feel rushed, like they are trying to beat the clock," she said. "Some feel stressed at being regulated by the minute or second."

Just as ELDs have affected the way drivers work, they have also had an effect on how trucking companies do business, experts say.

"ELDs have given companies insight and the ability to monitor trucks, drivers, and HOS regulations in real-time," Ensor explained. "They are much more equipped to manage their resources and make their whole operations much more efficient."

"It is obvious that motor carriers had to get compliant with HOS rules, and this has caused them to restructure their rates to reflect the time it takes to move a load," O’Neill added.

C.R. England’s Carlisle and Leonard said in a joint statement that training of inexperienced drivers is easier as the logging sections are much more streamlined.

"We feel the recent sleeper berth changes will have a positive impact on driver availability," they said.

Andalman remarked that ELDs make it far more important to scrutinize a load prior to booking.

"Load details that impact transit time, such as appointment times and mileage, have become even more crucial with ELDs," he explained. "Even the subjective nature of whether a shipper or receiver is quick to load or unload plays a significant role in the carriers’ ability to maximize their hours of service."

"Many companies and drivers seem to have accepted the (ELD) technology and continue to make the best of the situation. Being a driver is extremely challenging, and we are lucky to have a trucking workforce that continues to adapt to the ever-changing landscape of an evolving industry."
Brian Andalman
GlobalTranz

Ted Prince, chief strategy officer & co-founder of Tiger Cool Express, one of the largest refrigerated intermodal carriers in the U.S., said that the motor carriers that were not operating above board prior to the mandate have started to disappear because they can no longer bend the hours of service rules and drive longer and further than they should in one day.

"As long as that (overly short turn time) became the standard, it was kind of a ‘don’t ask, don’t tell’ situation with customers," Prince said. "Now, you can’t do that."

Despite the contention by a few that there’s no indication that ELDs have made trucking safer, publicly available data at https://eld.fmcsa.dot.gov shows that ELDs have significantly improved compliance with HOS regulations.

The data show that less than 1% of roadside violations are for operating without an ELD when one is required, and correspondingly, HOS violations have been reduced by 50%.

Research has consistently shown a correlation between long driving hours and crash risk, according to Insurance Institute for Highway Safety spokesman Joe Young.

"For example, drivers on the road longer than eight hours are twice as likely to crash, and crash risk continues to increase as hours mount," he explained. "While the current hours-of-service rules are still too loose, the ELD mandate helps ensure drivers are sticking to the rules."

"It may be too early to pinpoint the exact safety benefits of the ELD mandate – IIHS doesn’t yet have any research on this – violations are now significantly easier to detect, and this increase in accountability is surely preventing overt hours-of-service violations," Young added.

Ron Cordova, the director of safety and compliance for fleet management technology provider Zonar Systems, said that ELDs have clearly made a difference when it comes to HOS logging.

Have truckers and trucking companies come to accept, or even embrace, the technology? Or is there still resistance to it? O’Neill said it’s a tough question to answer.

"The big motor carriers were already using ELDs, and so were most of the mid-size motor carriers. The smaller motor carriers are impacted the most in terms of cost, installation, training, etc.," he said. "Motor carriers with older equipment, typically independent contractor fleets, may still be on paper logs and struggling to be compliant."

Ensor said that Rand McNally has seen a significant change in most drivers’ views of ELDs.

"Prior to the mandate, we observed fleets dealing with driver resistance to ELDs. Today, drivers are more accepting because they see the ease of use, power, and efficiency that electronic logs can provide," she explained, adding that there are some similarities between the introduction and adoption of ELDs and the introduction and adoption of truck-specific GPS devices.

"After initial resistance, drivers found that truck-specific GPS devices help them to more optimally route," she said. "Likewise, drivers are finding that electronic logging has helped them stay compliant – by alerting drivers when they are nearing the end of their driving time or when they need to take breaks – and eliminated the time they used to spend manually logging hours."

C.R. England’s Carlisle and Leonard said that most trucking companies and their drivers view the emergence of ELDs as a natural technology evolution that has impacted many areas of the industry.

"We did have a handful of drivers that left our company when we originally made the switch in 2010, but for the most part the feedback at that time was positive once drivers were using the ELD," they said.

Taylor, however, said her organization hasn’t given up the fight against ELDs.

"We still oppose the mandate and will watch for opportunities to bring relief," she said.

Andalman, however, said that many affected by the mandate have become comfortable with it.

"Many companies and drivers seem to have accepted the technology and continue to make the best of the situation," he said. "Being a driver is extremely challenging, and we are lucky to have a trucking workforce that continues to adapt to the ever-changing landscape of an evolving industry." Cordova also said that motor carriers have learned to embrace logging devices.

"Companies are even expanding the use of ELDs for a variety of different things," he said, "as far as management of loads, scheduling and expanding software to make their operations even better and try to run seamlessly."