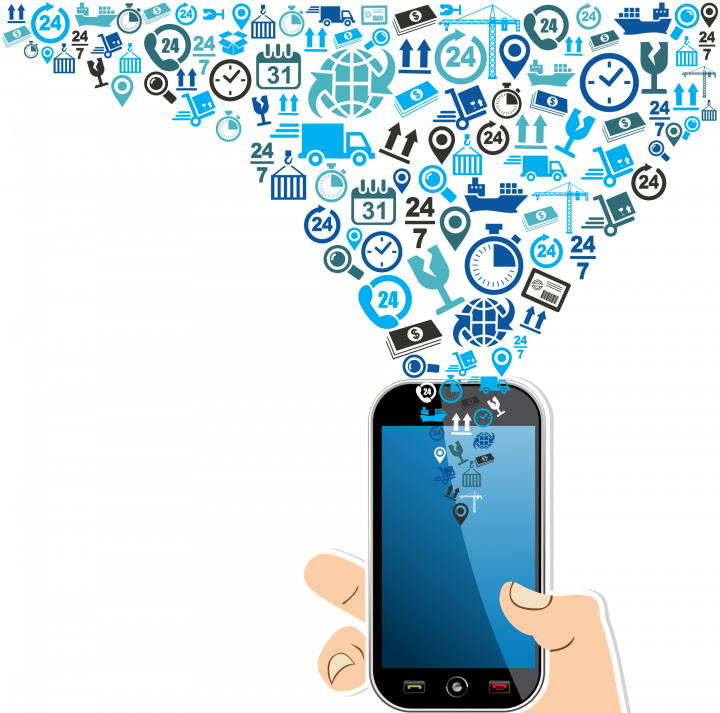 As the drayage industry moves to adopt more digital communications, the wider use of apps is creating an opportunity for drivers and the rest of the industry to reap the benefits of improved productivity and efficiency that can result from their adoption.

Jonathan Wahba, vice president, sales and marketing, intermodal and automotive at Canadian Pacific Railway, described for Intermodal Insights how apps can benefit all intermodal users, including the railway, drivers and terminal operators.

"All the feedback we get from our driver advisory group is that they love the app, and not having to carry all that paperwork," he said. "From our workforce planning perspective, we know where the drivers are. That helps us to know what is coming at us at any time of the day and day of the week."

Automated systems, beginning about 15 years ago, were an important advancement because of time and cost savings for both railroads and truckers compared with clerks who before then collected paperwork manually. Soon after the adoption of automated gates began, some carriers chose to use biometric identification for drivers’ terminal entry, reflecting concerns about security throughout society.

BNSF Railway’s mobile app, RailPASS, "is designed to make it safer, easier and faster for BNSF trucking partners to move freight in and out of our facilities — from an average of 3-5 minutes to as little as 30 seconds per visit," said Brant Ring, vice president of business unit operations. "The app has been downloaded more than 50,000 times and is used by about half of drivers entering BNSF facilities."

The BNSF app has features including QR technology for fast entrance and exit, the ability to input and view shipment details from home and a tool to update parking location. Drivers can also receive J1 digital receipts to a mobile device, and access the intermodal facility help menu to reduce driver assistance building visits.

"We will continue to add new features to the RailPASS app," said Ring.

"I really like the apps. They really help with the ingating and outgating. … All you have to do at the gate is scan the barcode. They make life easier as a driver."
Moe Kiswani
Kiswani Freight

CP chose to bypass biometrics and focus on its app, known as FastPass.

Because drivers who access CP’s terminals can check in and receive information on cargo and its in-terminal location prior to arrival, they can better manage their time and even check-in before they begin on-duty hours of service status. Additional enhancements are expected later this year, when estimated wait times for entry to and within a terminal are added to CP’s app, which has been downloaded by more than 55,000 drivers.

"That new iteration will help drivers to better plan their day," Wahba said. Norfolk Southern has an app known as Express NS, which has features such as early check-in, parking and pickup locations, electronic gate receipts and the ability to submit information on bad order chassis, according to a statement on the railroad’s website.

Mike Albert, CEO of DrayNow, developed an app that targets intermodal marketing companies to provide freight, offering them both capacity provided by a dependable supply of drivers and data generated by real-time tracking. These capabilities enhance the IMCs’ customer service and speed payments.

"IMCs provide a lot of value," Albert said. "DrayNow’s customers are seeing the value beyond the capacity piece — the value they didn’t have before."

In the past, he explained, an IMC’s customer would ask about freight status and too often find out there was no way to determine that.

DrayNow provides real-time pickup and delivery information, accelerating cash flow by closing the one-time gap of four to seven days before an IMC could bill the load, Albert said.

From the driver standpoint, Albert’s company has 1,400 independent carriers who have the ability to work when and where they want, either on contracted or spot freight business, and payment is received in as little as 48 hours.

"Market acceptance has been great," Albert said, with load counts that topped 10,000 last year, and the expectation that business levels will be four or five times that level in the years ahead.

Jeffrey Brashares, senior vice president of sales and national accounts at Sunteck TTS, told Intermodal Insights, that his company used DrayNow when capacity was needed. "This app allowed us to access some capacity we didn’t have with current carriers," he said.

Moe Kiswani, a 16-year veteran drayman who now is a dispatcher at Kiswani Freight, shared a view of intermodal apps from the driver’s perspective.

"I really like the apps," he told Insights. "They really help with the ingating and outgating. Once a load is billed, an ingate is created, and you the driver will get a code. All you have to do at the gate is scan the barcode. They make life easier as a driver. They are a really good step.

"They are definitely becoming more popular," he added. "Each app is different, and each rail is different. Some have more useful features, such as whether a chassis is good or bad order."

Unfortunately, he said, not every railroad has an app in place at every terminal, which can slow drivers.

The apps also make a difference from a dispatcher’s standpoint, said Kiswani, who keeps the apps handy and loaded on his phone to help drivers.

"If a driver calls and says, 'I’ve been at the railyard for two or three hours,' the first thing I ask is, ‘Do you have the app?’ If he says, ‘No, I don’t,’ I tell them if you don’t download it, you won’t know whether you can use it. I tell them it might be hard for a while [to use the app], but I am sure you are going to get the hang of it."

Hilsenbeck believes that the use of apps, emails, text messages and other mobile-based technology has had a positive effect on the drayage market by making it easier for new entrants to better navigate their introduction to the business.

In the past year, the UIIA rolls have increased by more than 400 motor carriers to a total that now tops 7,800.

In the future, Hilsenbeck believes there is a potential danger of too many apps that compete for drivers’ time and attention. The result could be consolidation of some providers, while others fall by the wayside.

Rail-developed apps are most likely to last, Hilsenbeck added, because they eventually could become a requirement for drivers to enter a rail terminal, an outcome that would benefit truckers and railroads alike by boosting their efficiency and productivity.

"I would like to see every intermodal driver using the railroads’ apps, because there will be so many benefits from that communication for the drayman and the railroad alike," Hilsenbeck told Intermodal Insights.

Hilsenbeck believes there hasn’t been as much driver adoption of railroad-developed apps as some carriers hoped, possibly because experienced drivers are set in their ways.

The rail-developed apps definitely have the potential to aid drivers, particularly newer operators who might have more difficulty entering terminals and locating boxes there.

CP also uses another alternative to smooth out demand, which includes a $50 premium paid by, or a $50 discount given to, BCOs on domestic moves in North America, based on the time the drayage driver enters the terminal. There also is a daily period when those charges or discounts don’t apply.

"If we can smooth out that peak hour rush, we can process more freight without extra capital," Wahba noted.

The app has one other advantage, the CP executive said.

"Finding drivers is so difficult. If we have an app that they like and use, that is an advantage for us compared with our competitors."