NEW TECHNOLOGY: PLANNING AND PREPARING FOR ITS IMPLEMENTATION 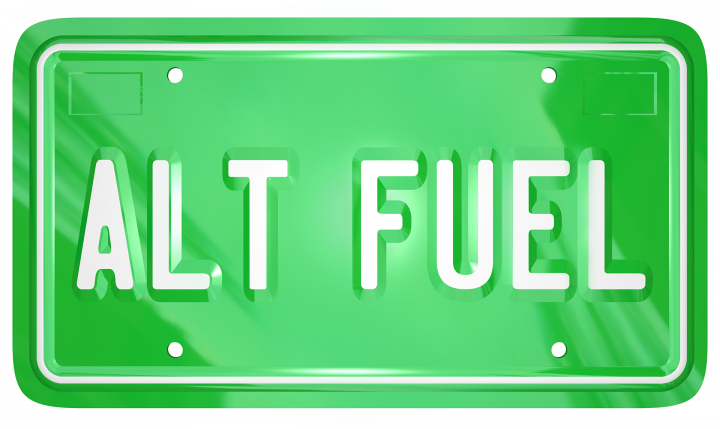 Diesel is by far the most-used fuel in the trucking business. But although it still counts for about 70% of the industry’s fuel consumption, there’s also a growing effort to bring battery-operated and alternative fuel trucks further into the mainstream.

But other than a reduction in harmful emissions, how does switching from diesel to a battery-operated or electrical truck or other equipment help the trucking and intermodal industries?

In several ways, some people who are in and around the industry say.

"Battery-powered or hybrid technologies are truly disruptive solutions for the industries we serve," GE Transportation spokesman Tim Bader told Intermodal Insights. "For the rail industry, it has the potential to reduce emissions and operating costs, as well as drive more environmentally friendly operations for railroads."

"There are certainly many benefits (to diesel alternatives), generally speaking," Matt Diehl, the director of national accounts for vehicle manufacturer Autocar Trucks, said.

"Obviously the reduction in engine emissions has a positive impact on the environment and helps intermodal companies hit environmental and sustainability goals, whether they’re self-imposed or locally regulated," he added.

The issue of environmental regulations is particularly pronounced in Southern California, where air quality is a significant concern for both local communities and governing agencies. But thanks in part to concerted efforts by the ports of Long Beach and Los Angeles, particulate matter emissions from terminal equipment have been reduced more than 90% since 2005.

A big part of the reason why is the ports’ program progressively bans older trucks from entering the port complex as their engines age. However, although diesel particulate matter has declined more than 95% at the ports, trucks remain the largest source of greenhouse gas emissions and second highest source of nitrogen oxide emissions.

Under pressure to further reduce emissions, the ports are trying to get to zero emissions for terminal equipment by 2030 and trucks by 2035.

"The ports are working with the industry to implement requirements through our leases with terminals … to bring in cleaner technologies on a timeline and through an approach that is sustainable and effective," Port of Long Beach Managing Director of Planning and Environmental Affairs Heather Tomley said.

"Several major equipment manufacturers are developing zero emissions technology options that would have application in other services," Tomley said. "As these technologies become available, it is anticipated that they will be implemented in a wide variety of operations." Pope said his company doesn’t see just one diesel alternative solution to satisfy customers’ needs. Depending on criteria, a customer could look at several alternative-driveline solutions to meet requirements, he explained.

"Volvo Trucks North America sees opportunity for battery-electric vehicles within the intermodal model," he said. "Short hauls from ports may be accommodated by electric trucks."

Wabtec Corp., which merged with GE Transportation in February 2019, is currently taking part in a special grant project with BNSF and the San Joaquin Valley Air Pollution Control District in central California to conduct a pilot that designs, builds and tests a 100-percent battery-electric locomotive called FLXdrive.

The locomotive, Bader said, will generate 2,400 kilowatt-hours of power and could potentially reduce a freight train’s total fuel consumption by at least 10 to 15 percent. It also would provide 4,400 horsepower when fully charged — the equivalent power of a traditional diesel-electric, heavy-haul locomotive.

"The pilot will demonstrate the potential benefits and growth opportunities possible by this technology in the freight rail industry," Bader said.

The locomotive is planned to be operated within a set of other BNSF diesel locomotives traveling from Stockton to Barstow in 2021, Bader said.

Regarding other diesel alternatives that could be attractive to intermodal providers, Bader said that Wabtec has significantly invested in bringing natural gas to the rail industry.

"Currently, there are 24 locomotives operating in Florida that are utilizing LNG as the primary fuel source today," he said.

Thomas Graef, port and intermodal products manager with global cargo handling solutions company Kalmar Global, made the point that although alternative fuels such as LNG, CNG and biodiesel are already in use within the industry, use of such alternative fuel sources requires new infrastructure to be in place, and that having several different fuel sources will pose a range of challenges and costs for intermodal providers.

"At the same time," he said, "becoming greener will come at some cost, at least in all the initial phases of new ways of working until the entire supply chain is optimized. What is most important is that our industry is able to work together to find the most sustainable energy source."

The Death of Diesel?

Saxton said that the various diesel alternatives now out there will eventually spell the end for traditional diesel fuels, at least when it comes to the movement of goods.

"Is diesel really the only answer for over-the-road moves at this point, or can you expect that plug-in electric and hybrid electric can do the job?" he asked rhetorically. "Short answer, there are vehicles that have demonstrated that they can do the job.

The trucks are right around the corner, and there’s work being done on the fueling infrastructure."

He made the point that using electric vehicles for intermodal moves is theoretically easier than long haul because intermodal trucks go in a circuit around the port area, and that they’ll always be returning to their charging equipment.

"Electric vehicles cost more to deploy, but their prices are coming down. More importantly, the operational savings are significant."
Mike Saxton
Orange EV

By contrast, Diehl said that there are still concerns and challenges related to electric vehicle implementation.

"One of the things I’ve always wondered about is how much cleaner is an EV, depending on the source of the electric power," he said. "Obviously if that power is derived from a clean energy source — wind, hydro-electric, etc. — the difference is pretty significant. What does that equation look like if the power comes from a coal power plant or natural gas? My assumption is that it’s still significant, but I’ve never seen that quantified anywhere."

Wabtec’s Bader also said that it’s difficult to speculate whether the diesel engine will eventually become extinct, but he has faith that it will be around for a while longer.

"The current diesel engines in the rail industry are extremely fuel efficient and reliable. They will remain the backbone of the locomotive power for years to come," he predicted. "The introduction of energy storage for locomotives is in the early stages of development. The technology presents great potential as it matures. Our pilot with BNSF on the battery-electric locomotive will provide valuable insight into the technology and its benefits."

Rail energy storage technology, which is still being tested, allows trains to absorb excess energy while going uphill, then convert the excess electricity to potential energy. The technology stores energy by raising the elevation of mass against the force of gravity, and recovers the stored energy as the mass is returned to its original location.

"The reduction in engine emissions has a positive impact on the environment and helps intermodal companies hit environmental and sustainability goals, whether they’re self-imposed or locally regulated."
Matt Diehl
Autocar Trucks

Graef said that while diesel is still around, there’s a range of things that can be done in order to reduce fuel consumption and emissions, such as optimization of terminal layouts to minimize driving distances; focusing on systems efficiency; and upgrading equipment with fuel-reducing options like speed limitation or tire pressure measuring systems.

But Saxton predicts that the beginning of the end for diesel will come within the next couple of years.

"I think the diesel engine is going to become extinct in all but some very niche roles, pretty quickly," he said. "Yard trucks, for example. Is there a future for diesel yard trucks? I think if you’re buying diesel yard trucks past the next couple years, you are probably buying an asset whose residual value has already fallen. That only happens if there’s not a market of buyers for used diesel trucks. And if there’s not a market for buyers of used diesel trucks, there’s probably not going to be much of a market for new ones." Saxton also said the same applies to high-speed tractors.

"What’s going to happen to the residual value of those high-speed diesel trucks? The bottom’s going to fall out; as soon as you lose a market for those [used] diesel trucks, you’re going to see really quickly the market for new ones goes away."

He admitted, however, that there’s work to do when it comes to educating the industry and players on how far zero emissions options have come.

"There’s still a lot of work to do … but I think it’s going to happen," he said. "This is going to be a zero emission mobility world. It’s just a question of the cost and the pace. And I think along the way, the winners are going to be those whose fleets invest [in alternative fuel technologies] now."