COVID-19 ONE YEAR LATER: HOW WELL HAS THE INTERMODAL INDUSTRY REBOUNDED 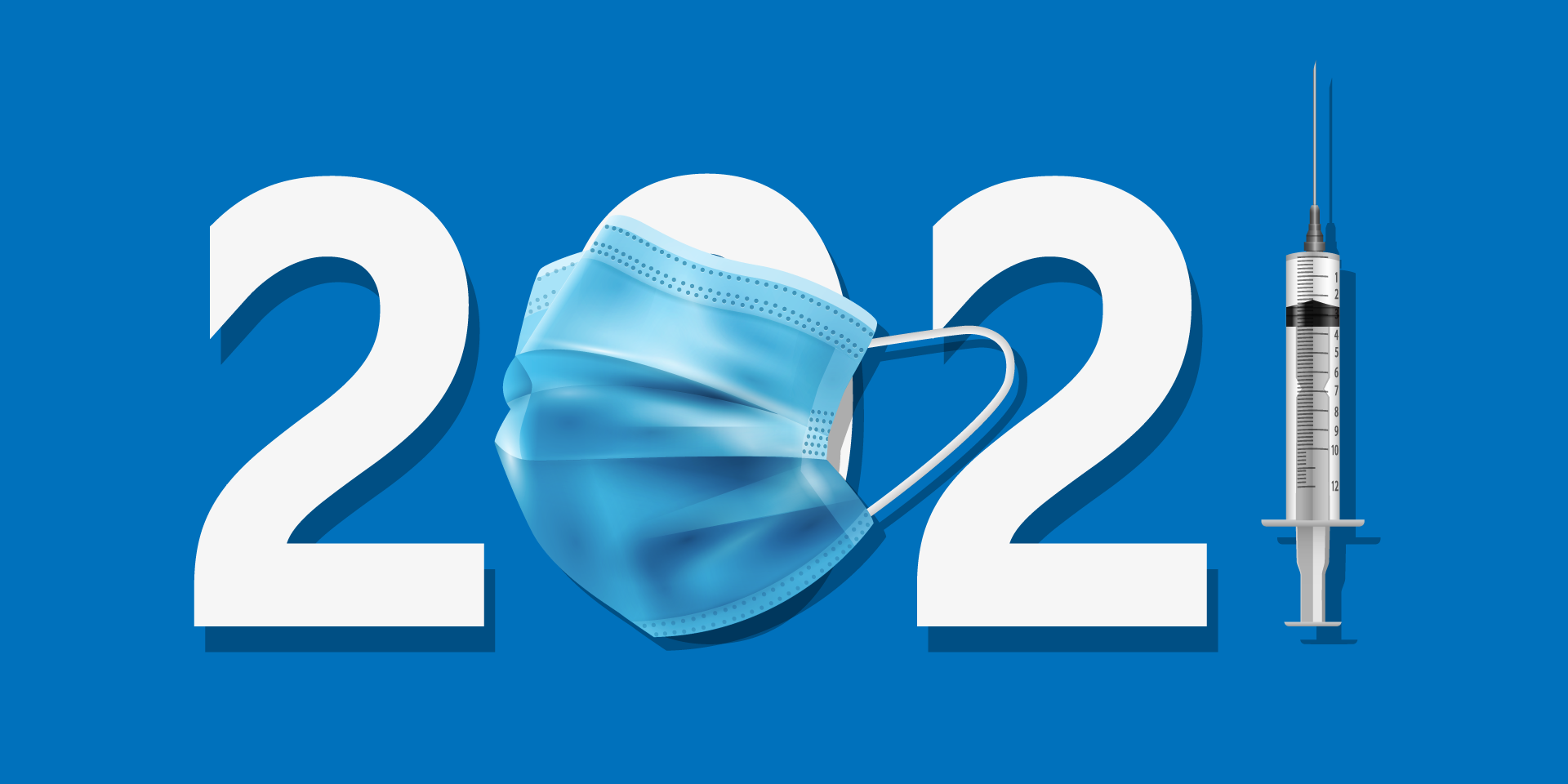 COVID-19 One Year Later: How Well Has the Intermodal Industry Rebounded

When the global pandemic caused by COVID-19, aka the coronavirus, began to spread throughout North America in the first quarter of 2020, it had a very negative effect on the intermodal industry.

After the World Health Organization declared a pandemic in March 2020, intermodal cargo traffic plummeted across the continent. But in the months that followed, traffic began to rise again, resulting in an industry rebound.

But exactly how and why did the rebound occur? Industry insiders and stakeholders told Intermodal Insights that there were multiple key factors that led to the intermodal industry rebounding, even though it suffered significant losses during the first half of 2020.

"The start of the COVID-19 pandemic brought global trade nearly to a halt," Daniel Walsh, chief executive officer of chassis provider TRAC Intermodal, said. "As the U.S. Commerce Department reports, in 2020 exports of goods and services tumbled 15.7% to their lowest level since 2010, while imports dropped 9.5% to a four-year low. U.S. imports from China mid-year were down 20%. This was attributed to the disrupting effects of the COVID-19 pandemic, especially in the first half of 2020."

Then, in the middle the year, there was a bottoming out of retail and wholesale inventories.

"Inventories reached record lows, disposable income increased due to travel bans and the demand for e-commerce increased significantly, resulting in a remarkable 44% growth [of e-commerce in the U.S.] in 2020," Walsh said. "These conditions resulted in a spectacular intermodal industry recovery in the second half of 2020."

"Due to the stay-at-home orders, people spent more time at home, and there was a shift in discretionary spending from entertainment and travel to home-improvement projects and e-commerce," supply chain solutions company Hub Group added in a statement.

Lance Malesh, president and CEO of third-party logistics provider MODE Transportation, said another factor in the rebound was that intermodal volumes increased as over-the-road capacity became tighter, and many shippers turned to intermodal to help offset shortages with truck capacity.

"MODE's customers consistently state that sales have been rebounding throughout 2020 and are expected to continue growing in 2021, especially as more Americans become vaccinated," he said.

Canadian Pacific Railway Vice President Coby Bullard added that companies that CP provides domestic intermodal services to saw significant benefits in a shift in spending from services and travel to consumer goods, and that this helped create "an intermodal success story."

"Also, by keeping our schedules truck-competitive, we've been able to serve couriers, which gives us the opportunity to play a role in delivering e-commerce orders to consumers," he added, saying that combined, these things led to a record fourth quarter for CP's domestic intermodal franchise.

Regarding whether intermodal volumes have fully recovered from the effects of the pandemic, or if the road ahead could be bumpy for some North American market sectors, Bullard said that things aren't at a period of normalcy yet, as evidenced by the ongoing imbalance of international containers, with an undersupply in certain areas and oversupply in others.

"Even as we see some imbalances work themselves out, I expect a period of restocking, and intermodal will play a significant role in that," he predicted. "To me, the answer is finding solutions to imbalances in the flow of goods. It's about introducing new efficiencies to the supply chain so that the same equipment does more work for the customer."

For example, he said, CP is working with shipping company Maersk to build a transload warehouse in the Vancouver area to load export containers that might otherwise return to Asia empty. And on the East Coast, CP has begun service to Port Saint John, N.B., via connections with the Eastern Maine and New Brunswick Southern railways.

"We're also keeping our options open for future innovative projects in strategic locations," he remarked. "I believe new connections, innovative projects and land holdings that can improve the supply chain in critical capacity-constrained locations will all be key to success in the post-COVID world."

In his annual "State of the Port" address in January, Port of Los Angeles Executive Director Gene Seroka said the POLA is also taking measures to increase efficiency.

"Last year's cargo surge highlighted the need for supply chain optimization, and that the port, along with stakeholders, is looking at correcting operational inefficiencies," he stated, announcing that the port is launching a proposed truck turn time and dual transaction incentive program that would pay container terminals for monthly turn time improvements.

"We not only want faster turn times, we want to keep those turns efficient, so a trucker can deliver a box to a terminal and leave with another one instead of going away empty," Seroka said.

Melanie Stambaugh, spokeswoman for the Northwest Seaport Alliance, the port authority that comprises the Port of Seattle and Port of Tacoma, said that the NWSA's January 2021 cargo volumes rose 9.3% compared to January 2020, and that a continued growth in imports shows a near full recovery from the effects of the pandemic.

"We expect import demand to remain strong; however, we recognize there is still uncertainty in the market. This demand is coupled with sharp increases in shipping costs that are impacting our gateway customers," she explained.

In a statement, Hub Group said that it just had its strongest January for intermodal volume since 2018.

"Although February has had weather challenges, based on our market analysis and forecasting information shared by our customers, we expect volume from imports to be strong through the late spring and summer," the company stated.

"Currently, our network has stabilized," TRAC Intermodal's Walsh added. The number of pinch points has been reduced. We continue to monitor the situation and work closely with our business partners to ensure chassis availability across all markets, although import spikes or weather events will determine how smooth the international intermodal supply chain will be in the coming months.

"Certain markets have not fully recovered to pre-COVID levels, leaving some gaps to close. Encouragingly, however, our U.S. domestic and cross-border corridors are performing above pre-COVID levels, and we have network capacity available to support additional growth," she explained. "Going forward, KCS intermodal has a strong outlook."

However, Kevin Lhotak, president of Reliable Transportation Specialists, said that the industry is far from full recovery, as many sectors still are suffering from post and current pandemic conditions.

"Many are in need of employees, and employee shortages are everywhere including good, qualified drivers," he explained. "I think 2021 is going to be a bumpy ride for most; although freight is plentiful, we still have a very large driver shortage."

"Although there has been a rise in consumer buying, a lot of people have lost jobs, income and savings," Daniel Smith, principal with freight transportation management consultancy the Tioga Group said. "That loss will delay the recovery. And yes, the road will be bumpy for some markets, but it is hard to predict which ones will be affected how."

Regarding when the intermodal industry could return to a sense of normalcy, Carlson said that since intermodal is dynamic, normalcy is tough to determine. "Consumer buying habits are changing and will transform markets in the future," she explained. "If there were a significant reopening of the economy, a swing from consumer goods to services could have an impact on intermodal shipping demand."

"Should working from home become a more permanent part of work culture, the density of population centers may shift and/or we could see more sustained growth in consumer goods centered around the home," she added.

Smith remarked that "normal" is no longer a useful word – if it ever was in an industry that's permanently in flux.

"The import cargo surge is likely to last through March at least, with inland intermodal repercussions such as empty repositioning and returns lasting into early summer," he predicted. "Intermodal congestion in Southern California will lead some importers to rethink their port choice and diversify, at least temporarily."

"We may see a short-term shift in market share to the Pacific Northwest or other coasts, but it tends to settle back over time until the next crisis," he added. "Maybe we will have the 'normal' mix of flux, chaos and transition instead of the 'COVID' mix."

"As we move forward each day, we recognize that things right now can change quickly," Malesh added. "While we feel that 2021 will be a good year, we also know that capacity is again going to be tight."

"The COVID-19 vaccine will likely allow for the return to normalcy across all facets of our lives," Walsh added. "It will also have a positive impact in many areas for the international intermodal supply chain. Most importantly, we hope it will bring the M&R labor availability back to pre-COVID-19 levels and result in improved productivity, fluidity and efficiencies."

Seroka similarly sounded an optimistic note in his January address, saying that normalcy is around the corner.

"With promising COVID-19 vaccines slowly beginning to circulate," he said, "we believe 2021 will be America's year of resurgence."