COVID-19: HOW THE INTERMODAL INDUSTRY WILL DEAL WITH THE FALLOUT 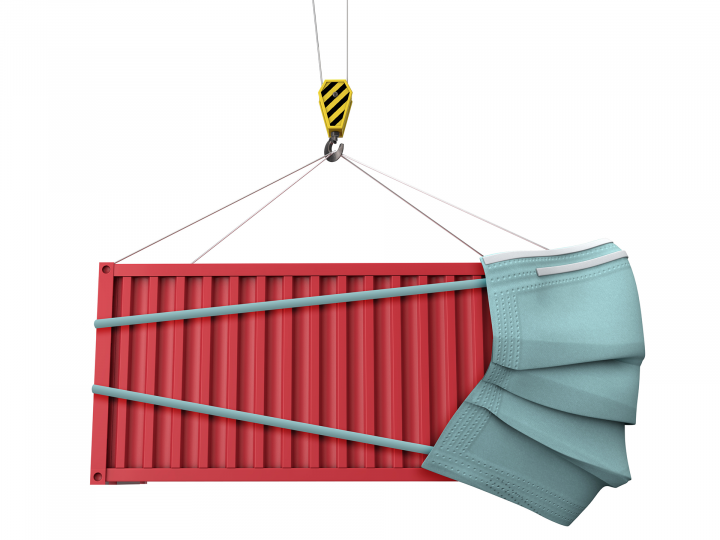 COVID-19: How the Intermodal Industry Will Deal with the Fallout

The COVID-19 pandemic has had a very negative impact on aspects of the intermodal industry during the first half of 2020. But could the industry bounce back in the second half of the year? And if so, how?

"I expect that there will be a rebound beginning in June that will make the second half [of the year] look pretty good," transportation economist Noel Perry said. "The third quarter’s going to look spectacularly good because we’re going to be coming back from the worst quarter in the history of the country. The third quarter may wind up being the best quarter ever measured by sequential growth—third over second—in the history of the country."

But that’s not the whole story, he said.

Perry said he doesn’t expect the shipping economy to get back to where it was in the last quarter of 2019 until some time in 2021.

"The growth rates will look very good; people will be somewhat happy, but if you think about capacity utilization, it will not be tight as long as people don’t exit the market," he predicted. "It’s possible that we’ll have plenty of capacity to handle what will look like a flood of new orders. The second half [of 2020] is going to look good in gross standpoints. It probably will not, however, be bigger than where we were when we started."

"Once we get through this May and June time period [of burning through inventory], I could foresee everybody shipping heavy again, and we could have something similar to what we had when folks in the fourth quarter of 2018 were shipping heavy to get ahead of all the tariffs between the U.S. and China," Paul Brashier, director of intermodal with ITS Logistics predicted. "There could be a bottleneck and severe congestion when everybody decides to start ordering overseas and stuff starts arriving in August and September; we could see some significant congestion at the ports, especially at some of the smaller dray providers and carriers."

Paul Bingham, a director of transportation consulting with global information services provider IHS Markit, said assuming that stay-at-home restrictions on North Americans remain significantly reduced compared to the first quarter and early second quarter, shipping volumes should be in recovery mode during the year’s second half. Pent-up demand for goods will drive the recovery, he said, but not enough to where there will be an immediate rebound this year to pre-crisis trend levels.

"The depth of the recession and likely caution on the part of consumers still awaiting a vaccine, likely sometime in 2021, will mute the immediate strength of recovery," he said.

American Association of Port Authorities spokesman Aaron Ellis said that the AAPA also expects cargo volumes and shipping to rebound in the second half of 2020, but to what extent remains to be seen.

"If the virus pandemic rebounds after initially subsiding, as medical experts are warning, then shipping activity could drop again," he explained.

Patrick Campbell, the U.S. chief operating officer for Coyote Logistics, said that politics could play a role in product coming from China due to tensions over the source of the novel coronavirus. He did mention, however, that nonessential goods sourced from Asia are returning to the market.

Journal of Commerce Executive Editor Mark Szakonyi mentioned that the question logistics managers should be asking is whether their transportation providers are going to be able to handle increased volume as demand returns.

"Even if the recovery in volumes is slow, the scale of capacity blanked on the ocean side could make outbound slot space tight," he predicted. "The threat of a second wave of COVID-19 in the fall, as some experts fear, could produce another slump in demand, injecting another level of volatility into supply chains and further muddying mid-term demand outlooks."

Regarding how long it could take before intermodal is again operating at the level it was before the pandemic hit, projections vary to a degree, but many agree that it could take a while.

"Based on what I’m seeing right now, I am not expecting a rapid recovery. I think it’s going to be an intermittent, kind of halting recovery," he continued. "The reopening of the economy is going to be cautious. I expect the second half [of 2020] to continue to be challenging."

"I think it’s going to be more than a year," Gross predicted of how long the recovery could take. "This is probably going to be worse than the Great Recession [of the late 2000s]. Intermodal fell for two quarters [and] it took 11 quarters for it to come back. Intermodal is going into this situation in not as strong of a position as it was in during the Great Recession."

Gross explained that the Great Recession came at the end of what he called a "golden era" for goods movement, but in the current situation business had already been declining before the pandemic, and thus, the recovery is likely to take longer.

"The intermodal industry likely will have to wait at least into 2021 to operate at the level it was pre-coronavirus, and perhaps longer with the additional lingering competitive challenge from trucking in a low-fuel price and higher unemployment economy," Bingham said.

"Once we get through this May and June time period, I could foresee everybody shipping heavy again."
Paul Brashier
ITS Logistics

"The shock of this unprecedented interruption of economic activity will cause people to be afraid for quite a while," Perry continued. "The question is: could this shock be enough to put us in a substantial recession that lasts well into 2021. Maybe it takes us quite a while to recover from that shock."

"Given the new reality in which we’re all living, no one is able to predict with any certainty how long it will take before the intermodal industry is operating at pre-coronavirus levels," Ellis said. "AAPA is concerned that the economic recovery from the impacts of this virus could take several years."

In the meantime, he said, ports will be working with their private sector partners and federal, state and local governments to continue providing goods and services, and they’ll also work with their public- and private-sector partners to reduce the financial impacts of the virus by investing in the goods-movement infrastructure to keep the economy up and running.

"AAPA believes that infrastructure improvement funding, particularly for maritime and intermodal-related freight movement, is the best way to recover economically from the pandemic," Ellis said, citing an April report prepared at the University of Maryland.

Among the ports currently investing in infrastructure is Florida’s Jacksonville Port Authority. Chelsea Kavanaugh, JAXPORT spokeswoman, said the port is moving forward on a number of fronts, including a harbor deepening project and berth reconstruction.

"I don’t think that major infrastructure projects are going to be pushed back; I think that they’ll find a way to get done," she said. "And the reasoning for that is because they are so vital to the health of the economy."

"The importance of that, especially at a time like we’re in right now, can’t be overstated," she continued. "The major projects are the most important, and will be ongoing."

"We do expect the economy and consumer spending to pick up fairly quickly," Lisa Wheldon, the Port Authority’s director of trade development and rail said. "As the economy improves, so will our volumes."

Among the things JAXPORT has been doing to help customers, she said, is working with BCOs to find warehouse space for our storage and temporarily deferring certain fees.

"I think the industry as a whole needs to work with customers to get everything moving again," Wheldon remarked. "I think if all the spokes in the intermodal wheel, so to speak, work with our customers we’ll come out of this very well."

On the rail side, things are going about as well as can be expected, according to Association of American Railroads spokeswoman Jessica Kahanek.

"To date, the nation’s largest freight railroads have not requested federal stimulus aid thanks to their strong financial footing," Kahanek said. "While there are more unknowns than knowns about the future, railroads continue to operate smoothly today and stand ready to serve customers when demand returns."

Coyote Logistics Vice President of Intermodal Matthew Decker, however, said that there will certainly be some delays as the railroads operate through these trying times.

"Lost volume and revenue will put pressure on their operating ratios," he said. "If these start to increase and profits fall, capital expenditures will ultimately be cut back. This is evidenced by some rail companies that have announced reductions in capital spending during Q1 earnings reports."

Ken Kellaway, president and CEO of RoadOne IntermodaLogistics, said that most large infrastructure projects that have already been approved and secured funding would likely stay on course.

"When you’re looking at railroad projects which are privately held, I think you might see a different turn there," he explained. "I think if rail lines decline because of excess truck capacity, if intermodal lines decline, I think the railroads are going to be very prudent about whether they expand further on intermodal facilities. I think you could see them slow down their intermodal development, because they’ve got to make it economically viable to do it. And they have to take a shorter-term approach because they’re publicly traded companies; they have got to return profits back to their shareholders."

"Hopefully they will continue on," he said of infrastructure development plans, "because this is a country that’s going to continue to grow. We’re a resilient nation, and we will succeed, we will grow, we will prosper again."

Bingham, however, sounded another note of caution, stating that the revenue squeeze on state, county and metro area governments, if not offset by additional federal relief funding for transportation infrastructure, could lead to public sector–related infrastructure improvement delays.

"The private sector has already moved to reduce CapEx budgets quickly, and some cases the private sector and public sector collaboration on infrastructure improvements will be affected with one or both parties no longer willing or able to commit the required resources," he predicted.

Regarding what additional steps need to be taken to help the industry’s recovery, Campbell said that truck capacity and pricing need to tighten and rise, respectively.

"With so much focus on operating ratios from the railroads, the lower revenue/load from intermodal compared to carload does not entice rails to compete with trucks in the current market," he remarked.

"All of this is part of the total cost to the customer," he explained. "It puts more pressure on the line hauls that railroads can charge and allows them to capture market share from trucking. We have seen some temporary relief on per diem due to COVID-19, but these charges have always been difficult to navigate."

"If we could get some help from the terminals, steamship lines, former clients on per diem and demurrage, it would be very helpful," he said. "That would take some kind of partnership with the federal and state government. That is, to me, the biggest headwind we see."