CLIMATE CHANGE: WHAT EFFECT IS IT HAVING ON INTERMODAL INFRASTRUCTURE? 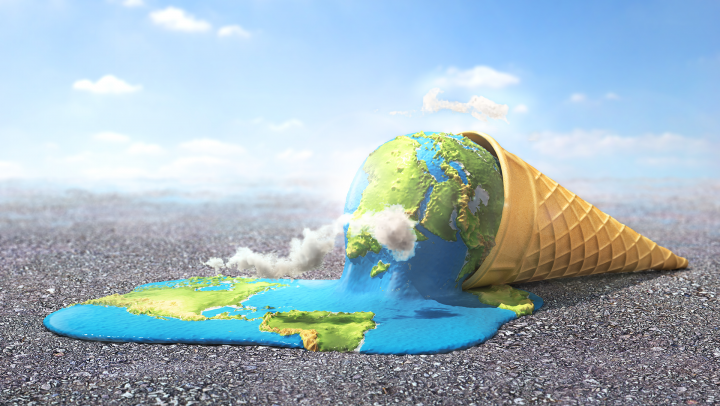 Climate Change: What Effect Is It Having on Intermodal Infrastructure?

Climate change has, and continues to, alter weather patterns globally. What effects have these changes had on intermodal infrastructure, and is the threat large enough presently to warrant strengthening infrastructure to protect against it?

Experts interviewed by Intermodal Insights say that climate change is not just a threat to infrastructure, but a monumental one.

"Climate change must be considered as one of the biggest disruptions for maritime transport and logistics infrastructure at a global level, as [it] will impact all the supply chains for international goods, including their transportation, reception, distribution and purchase patterns," Panama Canal Authority Vice President for Water and Environment Daniel Muschett said.

"Because of the impact on international maritime transport, the Panama Canal has identified climate change and climate variability as an important aspect to consider within its infrastructure and operations."

Elaine Nessle, executive director of the Coalition for America's Gateways & Trade Corridors, said that while climate change may seem like a relatively slow-moving threat, it's significant when public safety and national security risks posed by infrastructure failures are considered.

"The American lexicon did not contain the term 'climate change,' nor its predecessor, 'global warming,' 45 years ago, and now we're facing a game of catch-up," when it comes to protecting infrastructure, she said.

Also taking climate change and its potential impact on infrastructure very seriously is the Port of Virginia, which has seen weather events like heavy rains and other environmental changes.

"If our port partners and our cargo can't move to and from facilities on roads that are flooded, that's a major disruption," he explained. "Over time, it could lead to loss of jobs, it could lead to businesses moving elsewhere, so this is a major, major discussion point here."

"We have to learn how to continue to operate in an environment characterized by coastal storms of increased intensity in duration and frequency."

Another seaport taking the threat seriously is the Port of Long Beach.

"As all seaports should be, we are keenly aware of the hazards facing our coasts in the coming decades," POLB Deputy Executive Director Noel Hacegaba said. "Climate change must be taken into account."

Like the Port of Virginia, the POLB has been studying the issue and making preparations for years. In the fall of 2016, the POLB released a climate adaptation and coastal resiliency plan designed to manage the direct and indirect risks associated with climate change and coastal hazards.

The CRP provides a framework for the port to incorporate adaptive measures related to projected climate change into its policy making and planning processes, construction practices, infrastructure design and environmental documents.

"As we conduct our capital improvements, we factor in the expected climate adaptation [strategies] that will be needed," Hacegaba explained. "As an example, redeveloped terminals can be built higher than those they replace."

At the Port of Virginia, which has four marine terminals, the feeling is that the time to strengthen infrastructure is the present.

"The threat to infrastructure is now, and we feel it. I think folks around here understand that the threat is absolutely immediate enough. We are absolutely investing in not only the hardened facilities, but also in infrastructure and equipment that has a lesser impact on the environment."

Chope said that the port's reasons are two-fold, as it does not just want to invest in improvements capable of enduring through coastal Virginia's severe storms and recurring flooding events, but also minimize the air and noise pollution the port produces.

Regarding what can be done now to reinforce infrastructure against climate change–related extreme weather events like droughts and floods, Muschett said that the first thing to do is conduct an adequate risk and vulnerability analysis to identify specific mitigation and adaptation measures, as all infrastructures require different processes to address climate variability.

Once mitigation and adaptation measures have been identified, he said, alternatives need to be evaluated, selected and implemented.

"The success against extreme events such as droughts and floods will depend on the particularities of the infrastructure, but the approach to face these events is to understand the infrastructure vulnerability after a risk assessment," he explained.

"The water-saving basins in the Expanded Panama Canal locks are a good example of adaptation measures that allow the waterway to operate with an efficient management of water resources."
Daniel Muschett
Panama Canal Authority

"The water-saving basins in the Expanded Panama Canal locks are a good example of adaptation measures that allow the waterway to operate with an efficient management of water resources," Muschett said. "In addition, the Canal has developed schemes for reducing emissions from deforestation and avoided degradation; reforestation, agroforestry … while promoting the shortest route through the Canal as a carbon emission alternative."

Nessle added that the design of new climate-resilient infrastructure must be informed by modeling that takes into account extreme weather events and sea level rise.

"Existing infrastructure assets will need to be retrofitted whenever possible to account for any anticipated changes," she explained. "In addition to resiliency, we must also plan for infrastructure redundancy to ensure the freight supply chain continues moving critical supplies when gateways and corridors are unsafe."

Rob Cannizzaro, the vice president of operations for Virginia International Terminals, said that the COVID-19 epidemic has had a negative effect on port operations, but that some positives could yet emerge.

"The slowing of trade volumes between Asia and Europe and North America creates a threat to ongoing [infrastructure] projects, and the revenue to fund projects [but] it also creates an opportunity," he said. "Typically, when you're working on infrastructure projects, they require certain portions of facilities to be taken offline. So now is the perfect opportunity to get things done. We have [short-term] projects going on right now that we're considering advancing because we have the opportunity to take additional capacity offline that we didn't expect we'd be able to based on previous volume projections."

"We have [short-term] projects going on right now that we’re considering advancing because we have the opportunity to take additional capacity offline that we didn’t expect we’d be able to based on previous volume projections."
Rob Cannizzaro
Virginia Intermodal Terminals

"The question being would [the pandemic's effect on the economy] cause some projects to be paused or cancelled?" Chope added. "I'm not aware of anything being cancelled, but paused or accelerated is potentially appropriate given the new environment."

In Florida, the strategy of accelerating construction during the pandemic has been underway for months. The state Department of Transportation announced at the beginning of April that due to the decrease in traffic across the state caused by the COVID-19 pandemic, it would speed up the timelines for construction of some planned infrastructure projects.

"The Florida Department of Transportation is laser focused on assisting with the state's response to COVID-19," DOT spokeswoman Beth Frady told Insights.

So far, at the direction of Gov. Ron DeSantis, FDOT has identified multiple freight corridor projects to be accelerated, including the following:

"FDOT is proud to accelerate projects," FDOT Secretary Kevin Thibault said, "which will help expedite goods to market and provide much-needed jobs throughout the state."