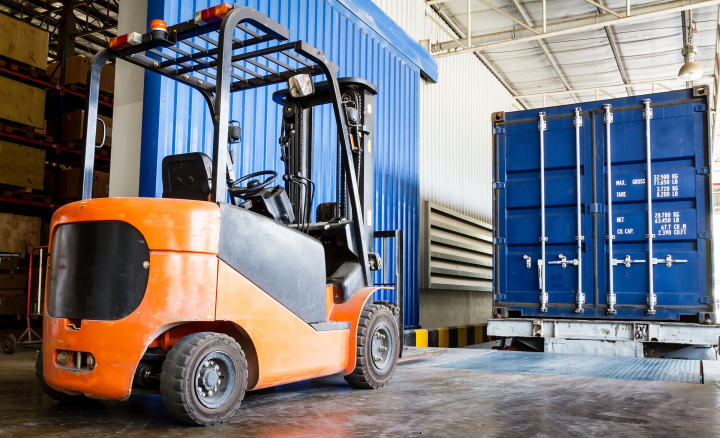 These forces are affecting how manufacturers and retailers evaluate the cost and value of inland freight options between transloading near a port, or inland point intermodal service for loads moving intact to inland ports or terminals.

Long-term trends stretching from 2007 through 2016 showed a growth in transloading at a 4.2 percent pace that more than doubled the 1.9 percent growth of imported freight. Over the same period, inland point intermodal or IPI, moves barely increased.

Last year, the pattern shifted with imports and transloading rising at a 5.9 percent pace, and IPI moves rising 6.2 percent. Part of the reason for IPI’s percentage change in 2017 was tied to strong import growth at Canadian ports, where approximately 75 percent of import freight is moved through IPI due to the country’s demographics and geography, said Peter Wolff, director of market development at TTX.

"As the economy continues to expand, the demand for larger vessels and port facilities continues to push more freight into transloading," said Jerry Critchfield, senior director of transportation at Weber Logistics, whose transloading activity has doubled over the past six months.

Transloading creates the opportunity to decide how to best mix products from multiple vessels by channeling freight to a location that suits fast-changing cost and delivery standards, Critchfield said.

Because last-mile delivery needs are pushing shorter times from order placement to fulfillment, retailers have been forced to split the contents in a single container down to the SKU – individual product – level in order to provide the right products to multiple distribution centers.

"Add in the extra push for last mile delivery in major metropolitan areas in ‘Prime’ type of service levels and transloading has become a necessity for many customers," Critchfield said. The rise of Amazon and its fulfillment center approach to meeting customer needs also has been fueling the growth of Inland Empire locations, said Greg Stefflre, co-founder of Rail Delivery Services. That area, roughly 75 miles from Southern California ports, offers lower real estate costs and available land.

"The hub and spoke model they [Amazon] use invites [more use of] port to IE drayage and seems to be making those costs far more acceptable to beneficial cargo owners. Hence, we will quite probably see a continuation of shifting of near-port and mid-cities transloading to the IE."

"Transloads are on the way up," said Jeffrey Brashares, a senior vice president at SunteckTTS. "More DCs have shifted off the West Coast to the Midwest/South Kentucky for example to get closer to their customers and for cheaper labor. This is only expected to increase as the steamship lines raise rates to inland points to avoid having to reposition empties, which costs them millions of dollars a week."

Transloading is attractive to retailers, who want to take advantage of routing decisions when freight arrives in North America, rather than having to make the far-earlier transportation determination when freight is loaded overseas, said Brashares. He added that ocean carriers still prefer transloads unless they have an export load to match with an IPI move.

"Current IPI moves with heavier export reloads are more attractive than transloading into 53-foot units for trucking or intermodal movement to destination," said James Hertwig, who now heads his own consulting firm after having recently retired as the CEO of Florida East Coast Railway.

"I believe customers will look at more direct [IPI] loading into regional DCs directly from Asia, where products will be available for final delivery, versus spending the time and cost to transload into 53-foot domestic containers that ultimately end up at the same regional DC," he said.

Other factors are also affecting how transloads are evolving.

Critchfield noted that transloading is benefitting because the alternative of warehousing a product is becoming significantly more expensive due to space constraints in that sector, especially near port areas.

"I think the biggest issue in Southern California may be the cost of real estate," said Stefflre, who noted the high cost of land near the ports and the desire of property owners there to use the facilities for their own port-related business needs rather than sorting freight. Trucking costs are a factor as well in transloading decisions.

Critchfield explained that transloading requires more truck moves than an IPI move, which adds to what he termed "the already dire shortage of commercial drivers."

These circumstances have made transloading at new, modern facilities in the IE more competitive since the costs of drayage are only 25 percent higher than for near-port facilities, he said. Meanwhile, land costs of near-port transloading facilities are now 100 percent greater than newly constructed IE facilities.

In addition, there are more skilled warehouse workers in those inland areas where new facilities are being built, he said.

However, those cost advantages could be offset.

Drayage costs are rising as warehousing and DC activity moves farther away from port areas, said Hertwig, diluting the economic advantages of transloading.

"The further inland these big operations move, the more problematic import drayage becomes," Stefflre said. Trucking costs for transloads are also rising because of the continued practice of "split moves" that require return of chassis and containers to different locations. An efficient chassis pool could reduce those expenses, he noted.

"Distribution patterns have changed considerably because the mix of companies importing and retailing goods has changed considerably," said Rob Leachman, a University of California-Berkeley professor who specializes in operations research. "IPI will never go away. But it will never be what it once was, either."

He cited several reasons why transloading will continue to grow in favor, as well as reasons why there still will be a place for IPI moves.

IPI is well-suited for one-time sales or lower value goods, but retail goods with higher value and year-round selling patterns are fueling transload growth, he believes.

One key reason for transloading’s growth is retailers are insisting that the original equipment manufacturers of products such as flat-screen TVs import these goods to the U.S. initially. Then the retailers buy the goods domestically, closer to the time they can sell them, according to Leachman. This arrangement means that 100 percent of goods are transloaded because different parties arrange and pay for international and domestic transportation. The result is lower inventory cost and reduced risk for retailers, who typically pay for domestic transportation of goods whose international component was paid for by manufacturers.