ARE OTR DISPATCH APPS A FACTOR IN TODAY’S INTERMODAL MARKET? 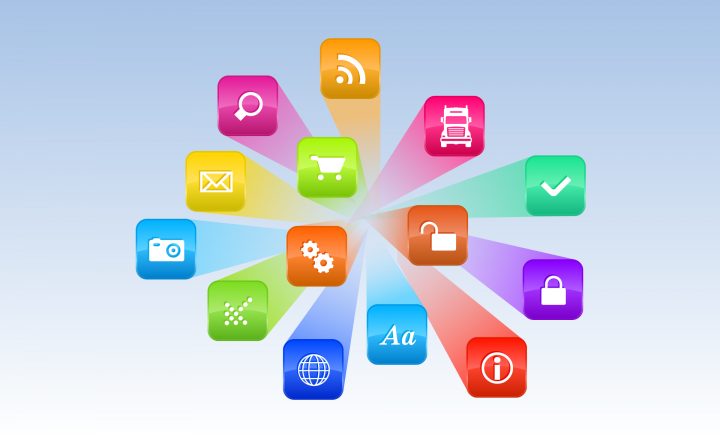 Are OTR Dispatch Apps a Factor in Today’s Intermodal Market?

While there has been intensive media and market attention to what has been labeled the "Uberization of Freight," there is no apparent evidence of any significant spread of over-the-road freight dispatch apps into the intermodal market.

Several experts contacted by Intermodal Insights explained multiple reasons why companies that are trying to crack the OTR market with apps adapted from ride-sharing models haven’t yet established an intermodal foothold.

"It’s something to pay attention to, but to date we haven’t experienced a large enough impact at this point in intermodal with dispatch apps," said Rick Rudie, president of Interdom LLC and CMI Logistics LLC, which are units of Odyssey Logistics and Technology.

Dennis Lane, chief commercial officer for Trinium Technologies, explained why there hasn’t been much impact yet from OTR dispatch apps in the intermodal arena this way. The keys to maintaining market advantages, he believes, are making transactions easy and straightforward for the customer by having the proper technology and capacity to accomplish that.

"Not much impact has been seen yet from dispatch apps," said Amy Nash, director of marketing at 3PL Mode Transportation, "because the intermodal product is very different from the truckload product."

That key difference, she explained, is the more complex nature of intermodal, which utilizes a mixture of moving and fixed assets to move goods through multiple locations and modes, while a truckload shipment simply runs from one point to another.

Harald Fritz, vice president of Trimble Transportation’s TMW Systems unit, anticipates that dispatch app providers will find it difficult to tackle transportation management systems that incorporate intermodal because they are focused on simple, point-to-point pricing, but not the more complex intermodal business.

The drayage part of the TMS offered by TMW includes the ability to integrate specific features of intermodal activity, such as container visibility, chassis pool access and back office functions such as accounts receivable and payable.

However, dispatch apps are missing something else, Fritz said.

"What everyone is chasing these days is visibility of the freight," Fritz said. "What the apps will do is try to modernize or tailor their systems for intermodal, but they cannot do things a TMS can do," he said. That includes the ability to integrate rail data, as well as ocean freight moves that precede or follow the drayage portion.

"If you are a freight-moving 3PL, the challenge is not connecting the dots [freight] digitally with a mobile app," said Jeff Tucker, CEO of Tucker Company Worldwide. "That has been the easy part of the business for a long time."

What the OTR dispatch apps can’t do, Tucker said, is the background work, meaning the ability that 3PLs have to incorporate billing, hours of service compliance and other key factors that are needed to deliver a valuable service.

"I don’t get it," Tucker said. "There is so much hype and hysteria [about dispatch apps] compared to practical adoption. I have to wonder why so much money is being put into them."

Will dispatch apps that are targeting OTR freight eventually assert themselves in the intermodal market? It could be, experts believe.

"That is the $64,000 question," said Jeffrey Brashares, senior vice president of sales and national accounts at Sunteck TTS, in a reference to the title of a late 1950s game show. There definitely is a role for dispatch apps that are focused on intermodal, he said. (See related article)

"I believe they [dispatch apps] will," said Lane. "Those companies are going to want to get their tentacles into intermodal. These companies are well-funded and have smart people leading them."

Fritz said, "It’s tough to say never, but there is no aspect that I can think of where they can build an overall competitive advantage.

"The Uberization of Freight will eventually get to the terminal-to-terminal stage for intermodal, but they will fall short in other ways," he explained. They include the inability to handle more complex intermodal transactions, including a pricing process for the entire transaction.

"It’s very difficult to say," according to Nash. "No one thought Amazon would move from just books to the giant they are now."

Rudie had a similar view.

"I can’t predict the future, but we live in an on-demand culture and dispatch apps will appeal to those seeking to book freight on short notice," he said. "What remains to be seen is how dispatch apps can leverage spend to better serve clients with efficiencies, costs and capacity."

Another factor in the dispatch apps’ lack of market penetration into intermodal is capacity, Nash said.

"Dray carriers now currently have the upper hand [due to capacity shortages] and already can be much more selective than in years past with the freight they wish to haul. Customers are already paying higher prices to secure capacity in various markets."

Data about motor carriers and drivers, such as HOS, could eventually become plentiful enough that loads can effectively be matched completely through a digital process with no people involved, Tucker said, but the market isn’t there yet.

"If I am going to trust digital freight matching, I need to know all that kind of information [like HOS] before I’d be willing to trust a system that takes the people out," he added. 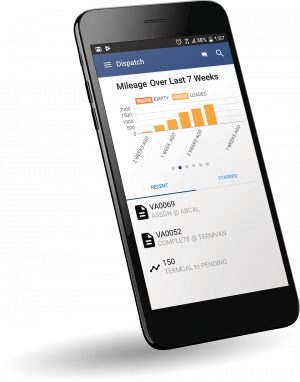 Lane sees the potential for OTR dispatch app initiatives developing more on the domestic retail intermodal front, as 3PLs deal with dozens of trucking companies. The task won’t be easy.

"I still see the trucking company wanting to maintain control of the drivers within their fleets," Lane explained.

Dispatch apps could become more prevalent when drayage is controlled by a third party, and it becomes more commoditized, the Trinium official believes.

If OTR dispatch apps make inroads in the domestic intermodal market, Lane believes the same might happen over time on the international side, when international 3PLs and freight forwarders control the local trucking move.

"It’s more of a long shot for the BCO-controlled drayage to adopt this technology, as this is more relationship-driven with volume/capacity commitments between BCO and dray carrier," Lane added.

Dispatch apps are more likely to target the 53-foot domestic intermodal market, Rudie said, rather than international because ocean carriers will want the box back and available for an export load or a move in a restricted area near a port.

The differences in the overall freight market also could work against apps, Tucker believes. They might have seemed more appealing and useful when capacity was tight, before the freight market slowed down late in 2018 and the early part of this year. Now, with a slower spot market, there are fewer opportunities for dispatch apps to leverage that capacity shortage.

The international intermodal market’s complexity also will be a factor when dispatch app providers try to penetrate that business, Nash said, for an important reason.

"When thinking about ‘booking’ an international shipment through an Uber Freight [or others] app, this would require more specialty handling, like a freight forwarder operation behind it to satisfy regulatory requirements," she explained.